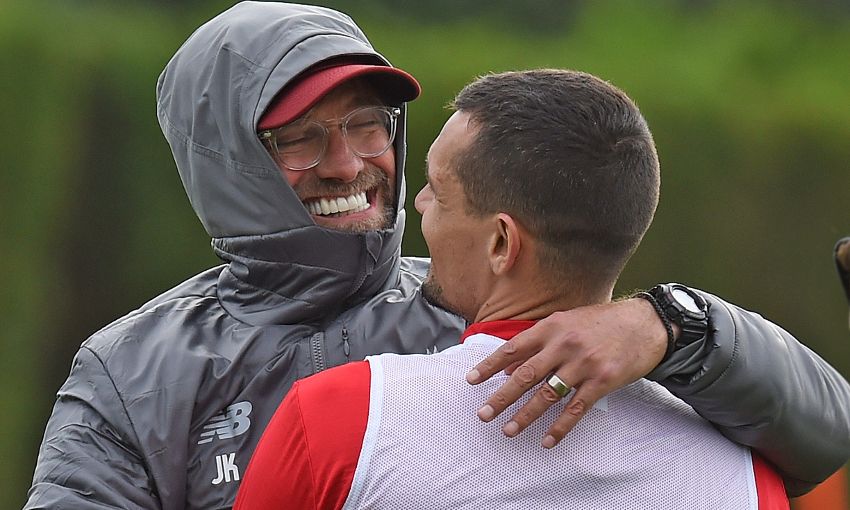 The Liverpool defender re-joined his teammates in a workout at Melwood on Wednesday afternoon following the Champions League victory over Paris Saint-Germain.

Lovren was part of the group who did not feature from the start against the French title-holders that undertook a series of drills and small-sided games in the session.

The 29-year-old, who helped Croatia reach the World Cup final in the summer, has yet to play for the Reds this term due to the issue but now comes back into contention for Jürgen Klopp.

Step by step...I am getting there to my full fitness 💪🏻 Glad to be back with the team. #ynwa