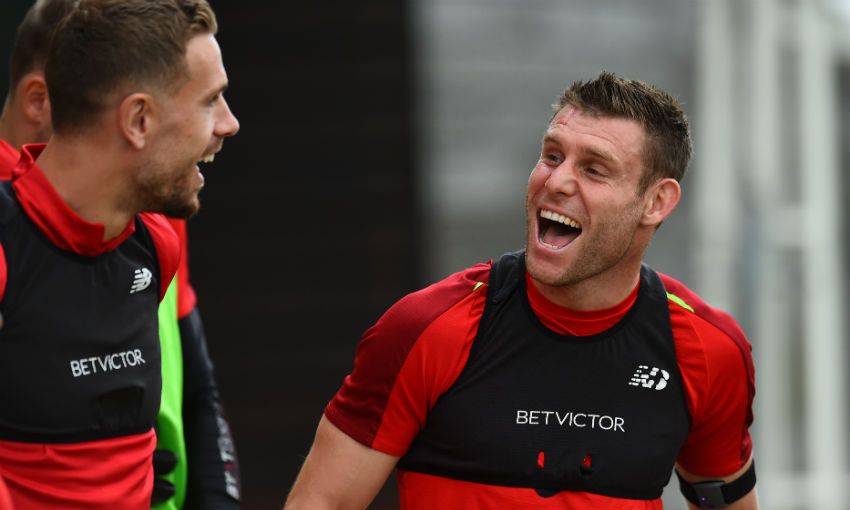 He has quickly become a 'must-follow' on Twitter and Instagram - and James Milner has now revealed why he decided to join social media.

Having signed up in March, Liverpool’s vice-captain boasts more than one million followers on the platforms, where his dry, self-deprecating sense of humour has gone down a storm.

And, during his guest appearance on this week’s episode of LFC Later, Milner explained why he finally took the plunge in response to a question from his former teammate Lucas Leiva.

“One of the reasons was I’d come in from training, you’d go into the dressing room and I’d look around and everyone would just be sat there checking their social media or whatever!” the midfielder said.

“Also there are other things - the charity and engaging with the fans as well. The ‘Boring Milner’ thing had gone on for a long time [and] many people might think that’s still right!

“It gives people an opportunity to learn a bit more about me and confirm the ‘boring’ tag or whether there’s a tiny bit more to me than that!”