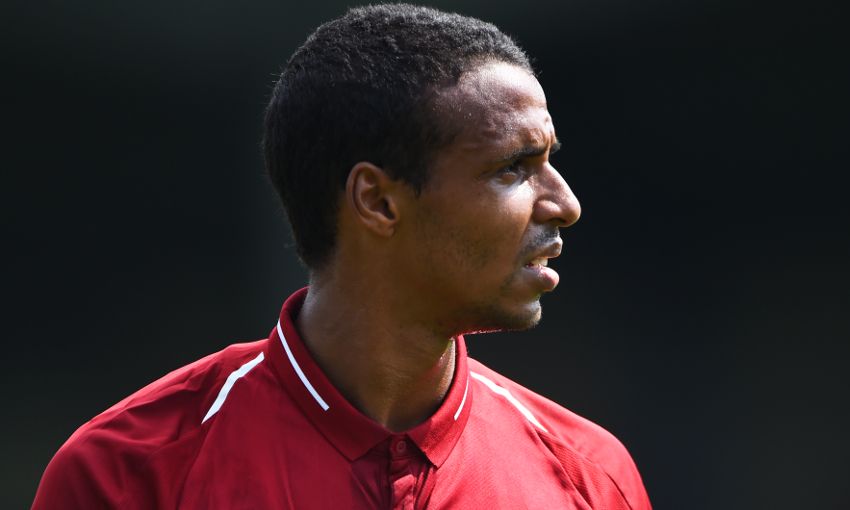 Jürgen Klopp is hopeful Joel Matip will be available to be included in Liverpool’s matchday squad for Monday’s Premier League clash with Crystal Palace.

The centre-back has not figured for the Reds since departing the tour of the United States prematurely due to a muscle injury sustained in the International Champions Cup tie with Borussia Dortmund in Charlotte on July 22.

Matip has since resumed full training and came through an hour-long behind-closed-doors game between members of the squad at Melwood on Wednesday evening without any issue.

However, Dejan Lovren and Ragnar Klavan remain sidelined due to pelvis and hamstring issues respectively and are not in contention for the trip to Selhurst Park.

Klopp told his pre-match press conference: “Joel is close to being back. Hopefully he is able to be in the squad on Monday, so then we will have him.

“Ragnar didn’t train and Dejan didn’t train. Of course, Ox and Rhian Brewster [did not train], that’s clear. I think that’s it, pretty much.”

The 21-year-old produced an assured display to help Liverpool to a 4-0 victory, though the manager wasn’t surprised by the level of his performance in a role he’s rarely been deployed in previously at senior level.

“I was never in doubt about Joe and his ability to play at centre-half, but he needed time after a long injury,” said Klopp. “Full-back is a very important position, but you still have most of the time one centre-half at your back still, so I think it helps, especially in defending moments.

“Now he is fit, which is very good. He is a very good football player and played the position good. Together with Virgil, they have a very good understanding – on a personal level as well and that’s really cool.

“We have the others as well. Dejan is still a bit injured, but we have Nat Phillips and, if we need it, then Fabinho can play the position as well, so that’s good. We have enough players and now we need to see who is fit, who fits to which opponent the best and then we make a line-up.

“That Joe can play the position really well I knew before.”