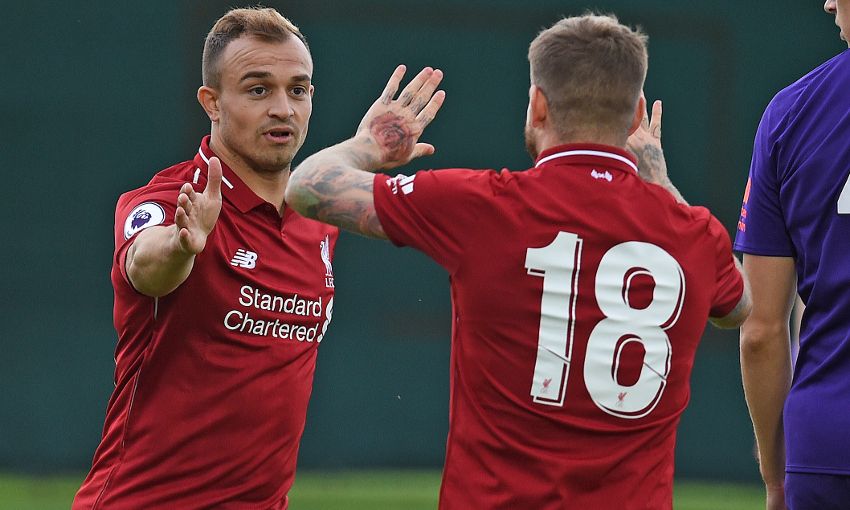 Xherdan Shaqiri opened the scoring as Liverpool contested an 11-versus-11 training match to conclude Wednesday’s work at Melwood this evening.

The second session of the day involved a 60-minute game between those who did not start Sunday’s Premier League opener with West Ham United, as well as a number of players from the club’s Academy.

The players who did begin the 4-0 win against the Hammers trained in a separate workout.

Joel Matip started in the centre of the defence of the team sporting the home strip, who recorded a 5-0 win over their opponents in the club’s away kit. The No.32 completed the entire hour alongside Nat Phillips.

Shaqiri, Adam Lallana, Dominic Solanke (2) and Daniel Sturridge (penalty) scored the goals as Jürgen Klopp and Neil Critchley watched on from the sidelines.

Jordan Henderson, Fabinho, Alberto Moreno and Nathaniel Clyne were among the other senior players to take part.

Browse a selection of photos from the game below - footage will be available to watch on LFCTV and LFCTV GO on Thursday.

Exclusive Liverpool FC images. Do not republish without authorisation.