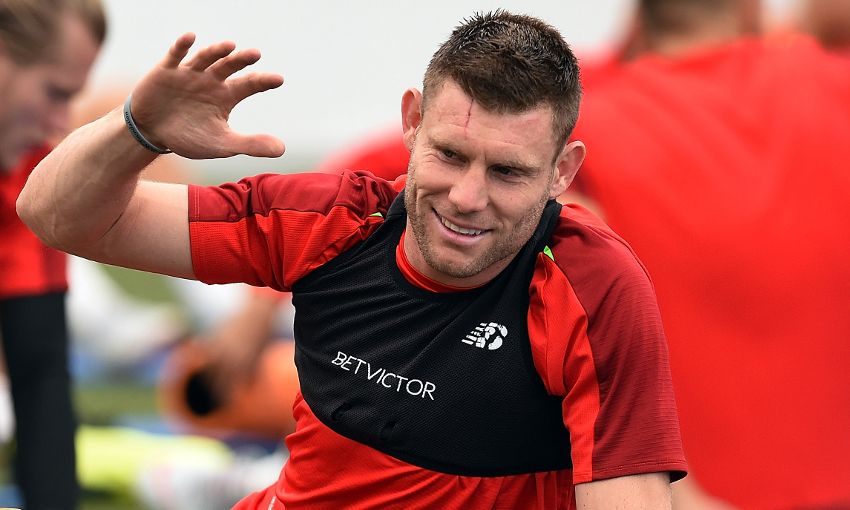 James Milner knows he won't play every single game this season but the Liverpool vice-captain intends to do everything in his power to clock up as many as possible.

The No.7 was widely praised for an all-action performance in the Reds’ 4-0 victory over West Ham United last weekend having returned to the side following a head injury.

Now 32, Milner still feels as fit as ever and, despite the ever increasing competition for places in Jürgen Klopp’s XI, in prime condition to convince the manager he should be a pick.

“I think I missed one game last year through injury and that was the last [league] game of the season. The body is definitely holding up,” he told Premier League Productions.

“I feel very good and very fit – I want to play every single game. Obviously that’s not going to happen, I’m sure, and you need to rotate to be successful with the amount of games we have. And with the quality that’s in the squad, I’m sure that’s going to happen.

“But as long as I’m performing every time I step onto the field and making it as difficult as possible for the manager to leave me out of the side, I can’t do any more than that.

“The biggest thing for me is that I want to be successful at Liverpool: to win trophies and for me to be a part of that and contribute to that.”

Milner has come close to achieving that stated aim on three occasions since joining the club on a free transfer from Manchester City in 2015.

The Reds fell at the final hurdle in both the League Cup and Europa League during Klopp’s first season in charge, before suffering Champions League heartbreak against Real Madrid last season.

For the Englishman, the lack of a trophy does not detract from the progress made under the manager – though he accepts they have to add silverware as well.

“It would be nice if [this] was the season. Obviously it doesn’t have to be – you can see as a club and as a team we’re moving forward,” said Milner.

“You can see that since I’ve been here, the way the team has changed and the consistency. The first year the manager came in you saw in spurts how we wanted to play and then the next game we’d look like a completely different side. I think that’s gone now.

“You have seen the consistency come in every time we step onto the field, we’re playing the style we want to play and we have shown we can beat anyone.

“But maybe that tiny bit more consistency is needed. We showed that last year and hopefully we’ll take that into this year. The big difference is winning trophies.

“A club like Liverpool is used to winning trophies, it’s expected. It’s something we expect as a squad and individuals; we all came here because we want to win trophies and be part of that.

“It has been pleasing to get to three finals, and two of those European finals, since I’ve been at the club but you have to get over the line ultimately and it doesn’t matter if you don’t.

“Those experiences are going to stand us in good stead hopefully for finals to come, going through that together and those experiences. The more finals you get to, not only do your chances go up of winning one, but you get that experience of being there. And you know how it feels to lose, ultimately.

“So next time you go there, hopefully there’s less pressure on you. As a team, getting to those finals has helped but we have to get over the line in one sooner rather than later.”