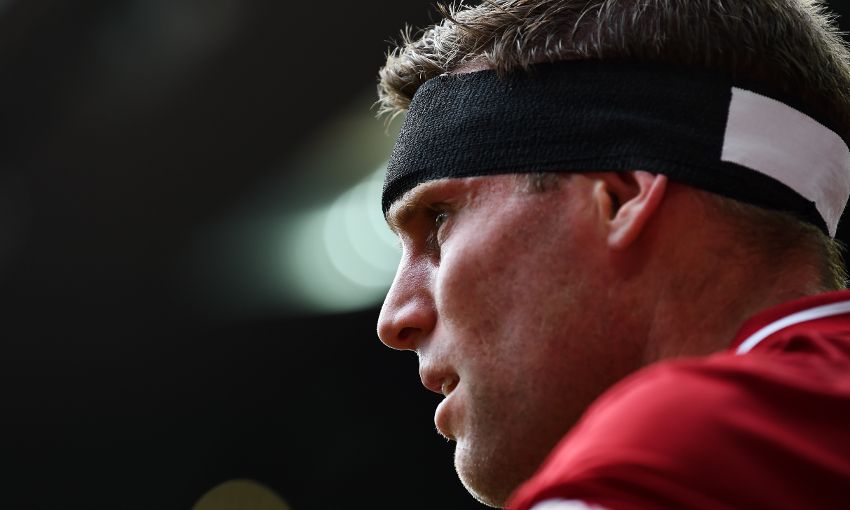 The way Liverpool dealt with the factors at play against West Ham United on Sunday was the most pleasing element of the 4-0 win for James Milner.

Jürgen Klopp’s team welcomed a side that has been reshaped since the end of last season and with a new manager at the helm in Manuel Pellegrini.

Milner worked under the Chilean during his time at Manchester City and, indeed, they won the Premier League title together ahead of the Reds in 2013-14.

So the midfielder knew Liverpool would be tested in their opening game of the season and was delighted they passed with a stylish performance.

“It was a dangerous fixture,” the vice-captain told Liverpoolfc.com.

“With the new signings they’ve made, they are a strong team, with a new manager who has got experience of winning the Premier League.

“So it wasn’t going to be easy but it says a lot about the boys and where we’re at. It was a tough pre-season and a good start. A few of the lads have not been back that long either.

“So it was pleasing; we can improve, we know that. But a few goals, a clean sheet at home and a win is pretty much the perfect start to the season.”

Watch: The best of Milner against West Ham

Pressed to explain where the Reds could have improved in their first competitive outing of the campaign, Milner was asked if they might have been even more ruthless.

“Of course we could, we know that,” the 32-year-old replied.

“But sometimes that comes with a bit of fatigue, the decision-making in the final third and the last bit of quality when it’s the first game of the season. You’re not quite at 100 per cent fitness.

“The pleasing signs are that’s the criticism – you’ll take that any day of the week after the first game of the season.”

He lined up in a midfield three with Naby Keita and Georginio Wijnaldum and all three thrived in covering the length and width of the pitch to keep their team on the front foot.

Naturally, the new man in the centre caught the eye of the home fans in particular, with his energy, use of the ball and creativity on show throughout.

But Milner is confident there is plenty more to come in time.

“He is obviously a top player, we know that,” he said of Keita.

“He has pretty much got everything: he can win the ball back, high tempo, good ability, driving runs forward. He is a great addition along with the other new boys.

“That’s exactly what you want. You look down the teamsheet and on the bench, and some of the players who are either injured or not in the squad, it’s a strong, strong squad. That’s exactly what we want: competition for places and everyone pushing each other every day in training.”

Aside from competitive debuts for Alisson Becker and Keita from the start, the significant change to Liverpool’s regular XI from the second half of last season was the deployment of Joe Gomez at centre-back.

The England international, who has played at full-back for the majority of his Reds career to date, was an assured presence alongside Virgil van Dijk to limit West Ham to only two shots on target.

“He did very well, he’s a good player. He has shown that since he came to the club, a big step up,” said Milner.

“He had the unfortunate injury and he has played at full-back. Ultimately, you know he’s going to be a centre-half but playing at full-back has probably helped him as well and helped him understand the position of centre-half a bit more, and football, and appreciate where he needs to be when the full-back is under pressure and things like that.

“You see how good he is on the ball and playing full-back has probably helped that as well. Great job from him to come in and again it’s competition for places – someone has got to take that shirt off him.”

The No.7 played the game with a headband after requiring 15 stitches for an injury suffered during the friendly with Napoli in Dublin, and joked: “It’s fine. I had to head it a few times but it wasn’t too bad!”