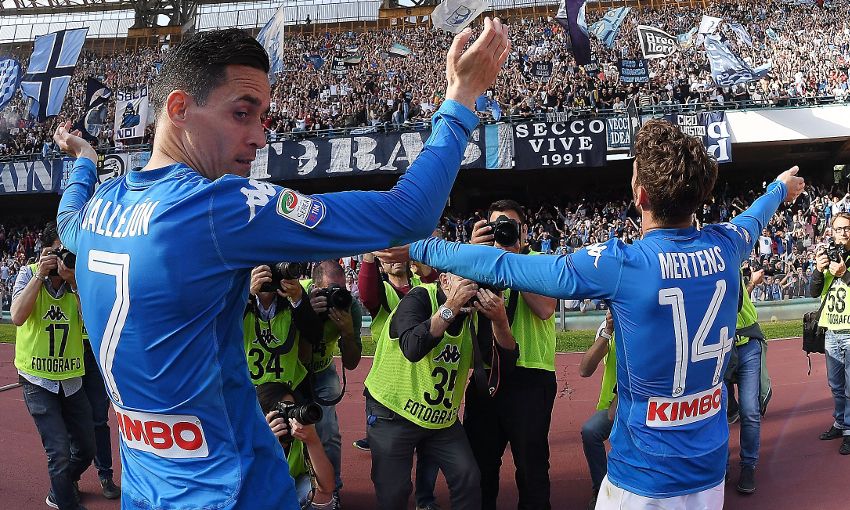 They hail from a port city and are renowned for the passion of their fans and the raucous atmosphere at their famous old ground. Their play is defined by fierce pressing off the ball, incisive attacking on it and a speedy front three that pose an almost irresistible threat on the counter.

The current Liverpool and Napoli sides are very similar in a number of ways, and it’s one of the reasons why their meeting at the Aviva Stadium is such an enticing prospect.

Napoli celebrated the 92nd anniversary of their foundation on Wednesday, but arrive in the Irish capital right in the middle of an immensely positive period in their recent history. They’ve broken their record Serie A points tally three times in the last three seasons, finishing second, third then second again during that period, denied the Italian league title only by the relentless, ruthless efficiency of Juventus.

“Getting 91 points and not winning the league seems absurd,” coach Maurizio Sarri told Napoli’s website back in May. “And yet it’s happened.”

Since then, Sarri has taken over at Chelsea, an event that could have been very disruptive, especially when creative midfielder Jorginho - a key exponent of the ‘Sarrismo’ style of play - followed his mentor to Stamford Bridge.

However, the Napoli hierarchy, headed up by film producer Aurelio De Laurentiis, acted decisively to maintain their club’s positive momentum, unveiling Carlo Ancelotti just three days after the final matchday of last season, before Sarri’s exit had even been confirmed. A true managerial A-lister, Ancelotti hasn’t worked in Italy since leaving AC Milan in 2009. 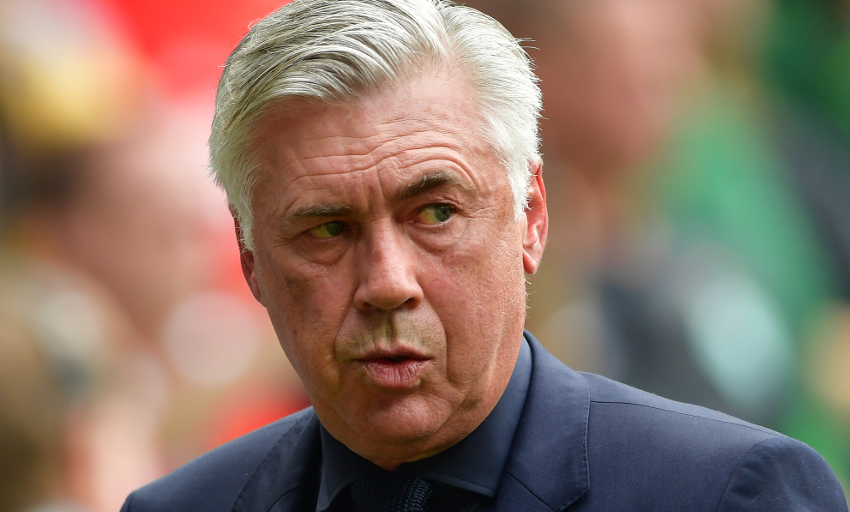 Back then Napoli had just finished 12th in Serie A and were struggling to re-establish themselves in the top flight after suffering bankruptcy and relegation to the third tier in 2004 and having to fight their way back up through the leagues.

Ancelotti has held the reins at a string of Europe’s biggest clubs in the intervening period, from Chelsea to Paris Saint-Germain to Real Madrid to Bayern Munich, and the fact he now sees Napoli as the logical next step in that sequence says a lot about how far they’ve come.

As a three-time Champions League winner, the 59-year-old will also be hoping to make an impact in Europe. Napoli may have impressed Manchester City manager Pep Guardiola to such an extent last season that he described them as one of the best teams he’d faced in his career, but ultimately they were eliminated during the Champions League group stage.

Transfer-wise, they have had a fairly quiet summer to date, giving off the confident air of an outfit that feel minor tweaks in specific areas are all that’s needed to put them in a position to win major trophies. There’s been no blockbuster purchase along the lines of Juventus’ move for Cristiano Ronaldo so far, but unlike most of their Serie A rivals there have been no major losses either.

Goalkeepers Alex Meret and Orestis Karnezis have arrived from Udinese while midfielders Simone Verdi and Fabian Ruiz were signed from Bologna and Real Betis respectively.

“There is no emergency, the team is well-built and the market closes on August 17,” Ancelotti stated in a recent press conference. “There will be some moves to make and, in the event that we do, we’ll do it with calmness.”

Continuity and consistency of selection were big factors in the success achieved under Sarri, and in fact several key players in the current team - such as Raul Albiol, Faouzi Ghoulam, Kalidou Koulibaly and Jose Callejon - were signed by former Liverpool manager Rafael Benitez during his tenure at the Stadio San Paolo from 2013 to 2015.

Koulibaly, a Senegalese international teammate of Sadio Mane’s, is widely considered one of the best central defenders in Europe, while Spaniard Callejon forms one part of a formidable front three alongside Belgian Dries Mertens and Italian Lorenzo Insigne. Much like the Reds’ attacking trio, not one of these players could be described as a traditional centre-forward, but that hasn’t stopped them banging in 96 Serie A goals in the last two campaigns.

Captain Marek Hamsik is preparing for his 12th season as a Napoli player, and the Slovakian midfielder has been moved into a deeper role by Ancelotti in pre-season to replace the creativity of Jorginho. It appeared to work well during the club’s retreat in the Italian Alps, where they defeated Gozzano 4-0, Carpi 5-1 and Chievo 2-0.

After their date with Liverpool, the team from the Campania region of southern Italy take on Bundesliga sides Borussia Dortmund and Wolfsburg before starting their Serie A campaign against Lazio on August 18, and there’s clear optimism within the squad that Ancelotti can provide what’s needed to help them make that final push.

“You can’t get better than being coached by someone like him,” said Brazilian midfielder Allan. “He made it both as a player and as a coach. He’s used to working with world-class players and we’re all keen to learn from him and improve.”

For Jürgen Klopp, this is clearly a chance to test his side against strong opposition. And you never know, it just might be a dress rehearsal for a meeting in the Champions League very soon…