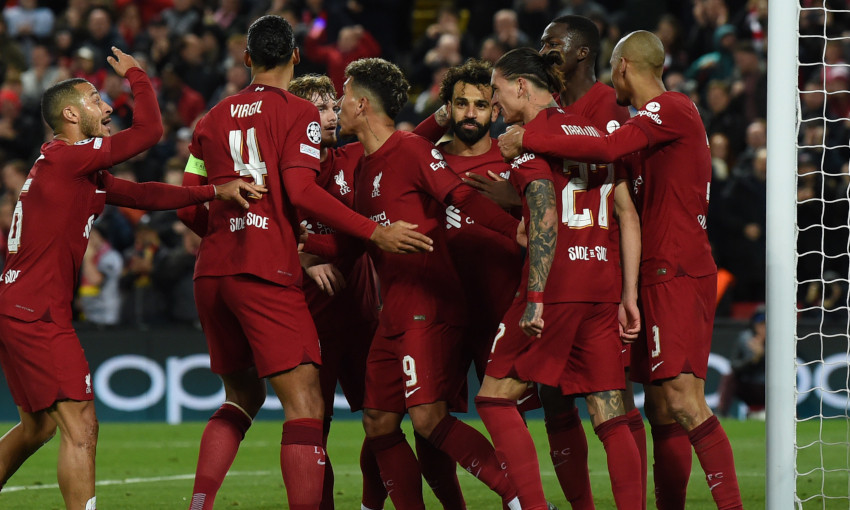 Late goals from Mohamed Salah and Darwin Nunez saw Liverpool conclude the Champions League group stage with a 2-0 victory over Napoli at Anfield on Tuesday night.

The two sides already assured of progression from Group A before kick-off were separated in the game’s final moments, as Salah forced in a rebound after Nunez’s header was pushed off the line and the latter nudged another home deep into stoppage time.

Jürgen Klopp’s men move forward to the knockout rounds for a sixth consecutive season as runners-up, with the visitors retaining top spot, and will discover their last-16 opponents in next Monday’s draw.

Klopp opted for four changes to his starting XI, including the return of Ibrahima Konate to central defence. Curtis Jones, James Milner and Kostas Tsimikas also came into the side. 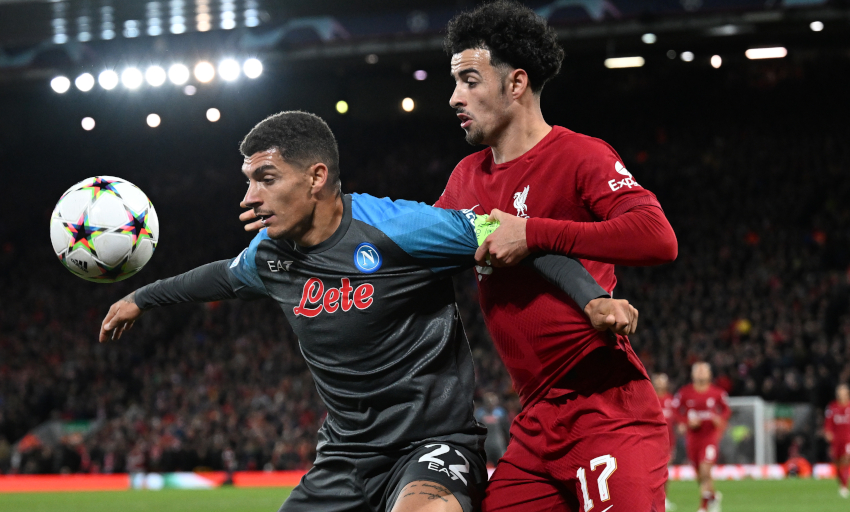 Liverpool emerged with intent to respond at the first opportunity to last weekend’s home Premier League defeat by Leeds United.

And there was an early chance to produce a spark on a harshly cold autumn night at Anfield, coming the way of left-sided attacker Jones.

Salah’s threaded pass into the area found the No.17 in freedom, but his attempt to lift a finish over Napoli goalkeeper Alex Meret drifted over the bar.

From there, though, a prolonged period of shadowboxing ensued as neither side was able to translate spells of possession into clear openings.

That changed in the space of one minute – the 29th – as opportunities were created at each end.

First, the visitors fashioned a shooting position for Tanguy Ndombele at the edge of the Reds area and his low drive was safely taken in by Alisson Becker.

Liverpool sped in the opposite direction and Salah held up the ball until serving it back to the arriving run of Thiago Alcantara, whose first-time side-footer was palmed out by Meret.

Roberto Firmino then produced an inventive, flicked cross from the byline that was met by Jones in the middle, though angled too high to concern the Napoli net. 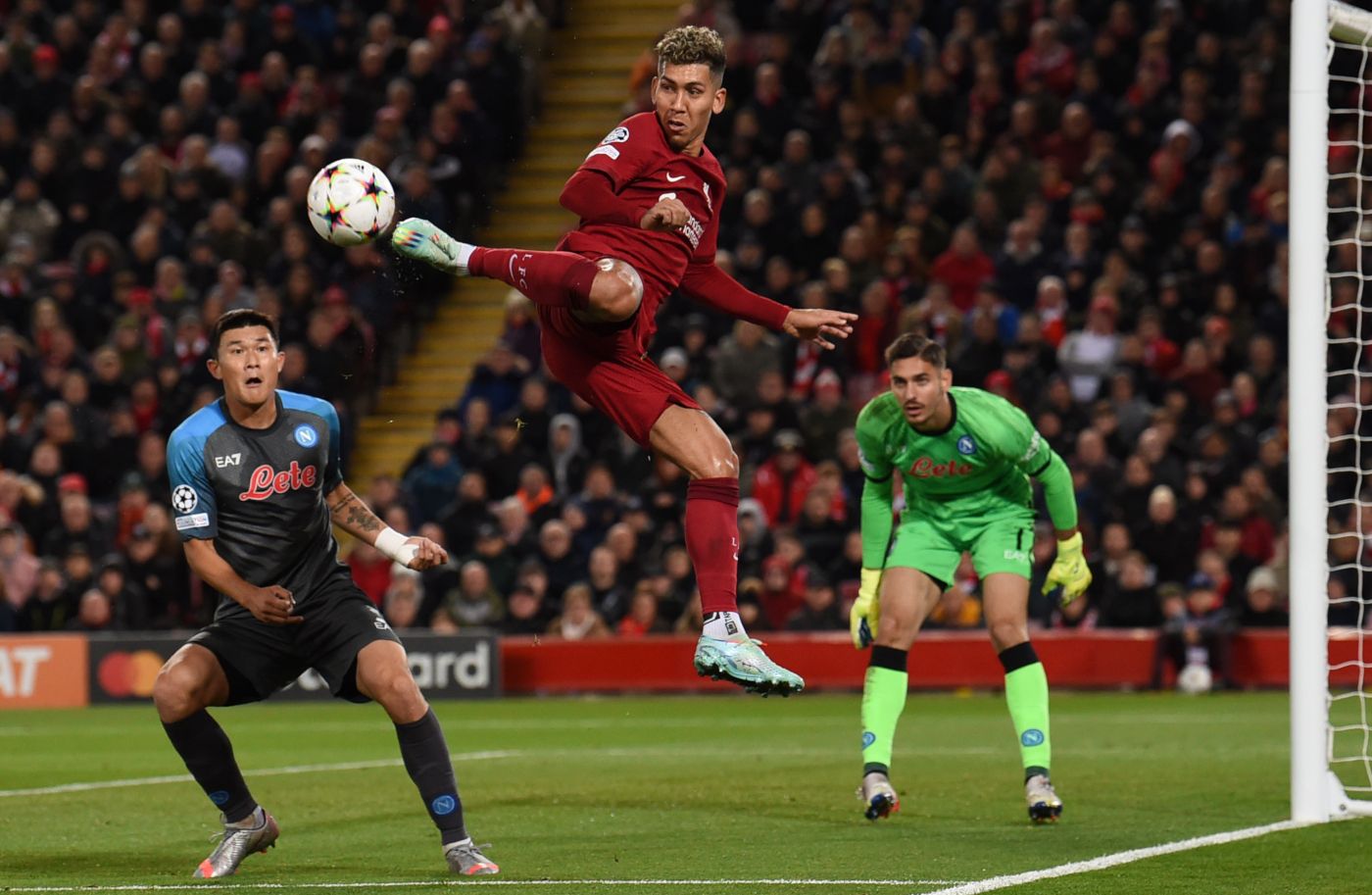 The Reds’ best sight of goal in the half arrived on 42 minutes as, from a turnover, Jones picked out the gap in the away defence to free Salah’s run off the flank.

The Egyptian’s attempt to curl a one-on-one finish around Meret was tipped away, with the offside flag ultimately raised against him in any case.

The resumption was just seconds old when Milner went down and instantly signalled he was unable to continue due to an injury, the No.7 replaced by Harvey Elliott.

Next, Napoli scored from a set-piece situation that was eventually ruled out after a lengthy VAR review judged Leo Ostigard to have been offside when he headed in Khvicha Kvaratskhelia’s free-kick delivery.

Anfield roared on the home side in response to the decision, though Alisson soon had to scoop up a strike from Kvaratskhelia, seizing on a deep cross to the back post from Victor Osimhen.

Genuine chances were few and far between as time ebbed away, however, with Nunez introduced from the bench as the Reds sought a winning goal.

Salah sent an instinctive, prodded effort straight at Meret when Trent Alexander-Arnold battled to keep a move alive late on, though there was still time for the decisive moments to come.

From a left-wing corner, Nunez powered in a header that Meret scrambled to push away from behind the goalline and Salah followed in to convert the loose ball and put Liverpool ahead.

A record-equalling goal from @MoSalah, who moves level with Steven Gerrard on 41 European goals for the Reds! 🇪🇬👑 https://t.co/trK6dXA0we

And, in the closing seconds of seven added minutes, Nunez was on hand to tap in after Virgil van Dijk saw a header stopped, with confirmation via VAR prompting further celebrations inside Anfield.