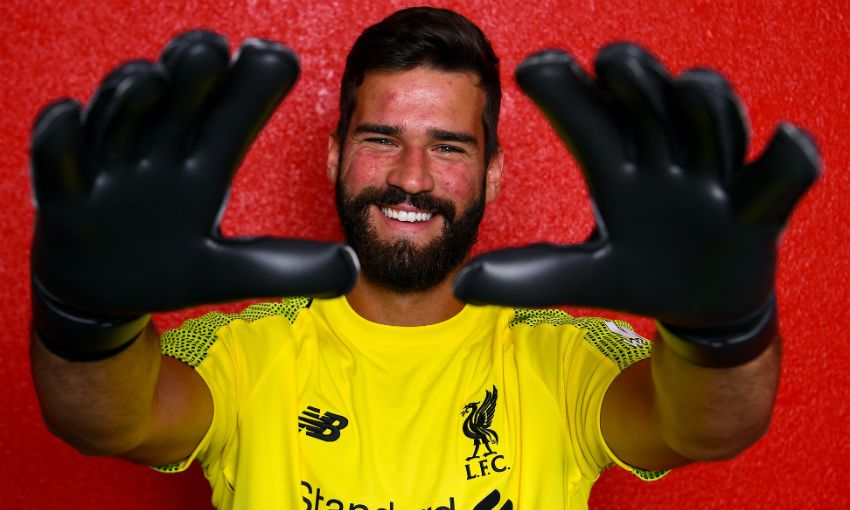 While Liverpool and AS Roma finalised the details of his transfer on Wednesday evening, Alisson Becker received a text message.

Following the completion of his move to Anfield on Thursday, Alisson now once again counts Salah as a teammate.

The pair shared a dressing room at Roma in the 2016-17 season, before the Egyptian joined the Reds.

A year on, Alisson has followed the same path.

And, during his first interview as a Liverpool player, the Brazil goalkeeper revealed that Salah, a man he cannot wait to team up with again, had been in touch shortly before he visited Melwood for the first time.

“We didn’t have that much contact after he left Roma. We met again in the game when we were up against each other [in the Champions League in April],” Alisson told Liverpoolfc.com.

“Yesterday, he sent me a message saying: ‘Hey, what are you waiting for?’ As the negotiations were at an advanced stage, I replied to him straight away saying: ‘Calm down, I’m on my way!’

“I’m really happy to have the opportunity to play alongside him again. As well as being a great player, he is a huge character and a great person - which is the most important thing.

“To be with these great people and players day to day is fantastic for me.”