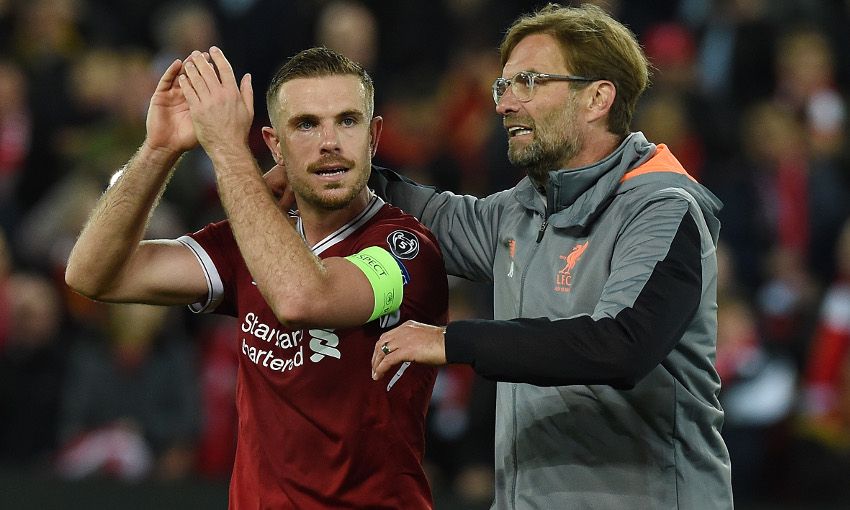 Jürgen Klopp described Jordan Henderson as a 'proper leader' after the Liverpool captain helped England reach the semi-finals of the World Cup on Saturday.

Henderson started once again for his country as they clinched a place in the last four of the tournament for the first time since 1990 courtesy of a 2-0 win over Sweden in Samara.

With the Reds contesting a pre-season friendly at Chester FC at the same time as the Three Lions were in action, Klopp was unable to see his skipper's contributions to the victory.

However, he knows all too well about the Sunderland-born midfielder's qualities, and believes others have seen them evidenced on the world stage plenty of times this summer.

Klopp said: "I didn’t see it today, but so far he’s played a brilliant World Cup – very mature, a proper leader in the team and you can see it.

"Everyone can see this team is offensively really skilled, so you need a few serious people in the team to keep it all together and I like how he is doing that and is still involved in all the offensive things, set-pieces and all that stuff.

Klopp also went on to pay tribute to Liverpool's other representative in the squad, Trent Alexander-Arnold, as well as the manager, Gareth Southgate.

He added: "I really like it that Trent got his first cap before the World Cup and then played in a [tournament] game – I’ve waited 51 years for that! He did really well.

"England and Belgium, who I have saw a lot, have both managers doing incredible jobs, really good tactical things. It’s very interesting and I like it."