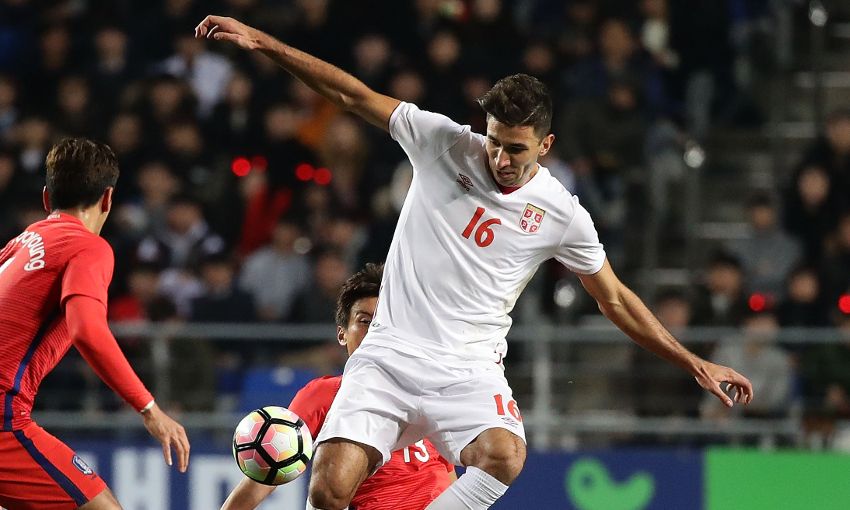 Marko Grujic had a childhood dream fulfilled when his place in Serbia's squad for the World Cup was confirmed.

The Liverpool midfielder’s productive loan spell with Cardiff City in the second half of the season, during which he contributed to the Championship side gaining promotion to the Premier League, helped him secure a call-up for the event in Russia.

Grujic featured in both of Serbia’s pre-tournament friendlies and can therefore be hopeful of a chance to take to the field at some point in their three Group E matches.

The hard work to reach this point started long ago, however, and an appearance at the World Cup in the coming weeks would be the culmination of his years of ambitious planning.

“We qualified for a major tournament for the first time in eight years so it was a big achievement for us,” said Grujic, who signed for the Reds in January 2016.

“The previous manager had said he would bring some players from the U21s squad to the World Cup and we knew everyone could be selected for the World Cup.

“When I was a kid, every young player was dreaming about playing in the World Cup with the national team. So after we qualified, I was determined to fight and do whatever I needed to do to give myself a chance to be in that squad.”

Serbia’s section includes Brazil, Switzerland and Costa Rica, with the latter providing the opposition in their opening fixture on June 17.

Qualification for the World Cup has already restored pride for the national team’s fans but Grujic and co have now been set fresh targets by Mladen Krstajic.

“There is a new coach with new expectations… everything is new,” he said.

“We haven’t played well during the past four to eight years and have skipped the major tournaments like the Euros and the World Cup, which is why people stopped believing in the country’s national team.

“But now I can feel that the feeling is coming back among the fans and the people of Serbia.”