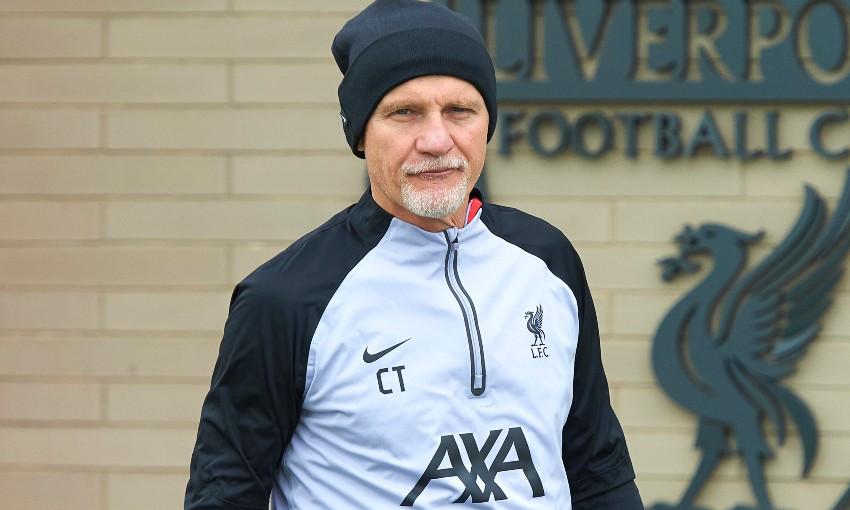 It's a kind of pressure that is familiar to Claudio Taffarel.

It would turn out to be the zenith of his legendary playing career, but Taffarel remembers the lead-up to the 1994 World Cup. He recalls the pre-tournament mood in Brazil; the immense expectation upon the shoulders of he and his teammates.

Memories of the feted 1970 team that waltzed their way to glory in Mexico with an elan and verve not seen before, or indeed since, were fading into the distant past. The Brazilian people wanted – needed – to win the World Cup again.

By edging out Italy on penalties in Pasadena, California, Carlos Alberto Parreira’s side delivered, with Taffarel saving Daniele Massaro’s spot-kick before Roberto Baggio infamously blazed over the crossbar. 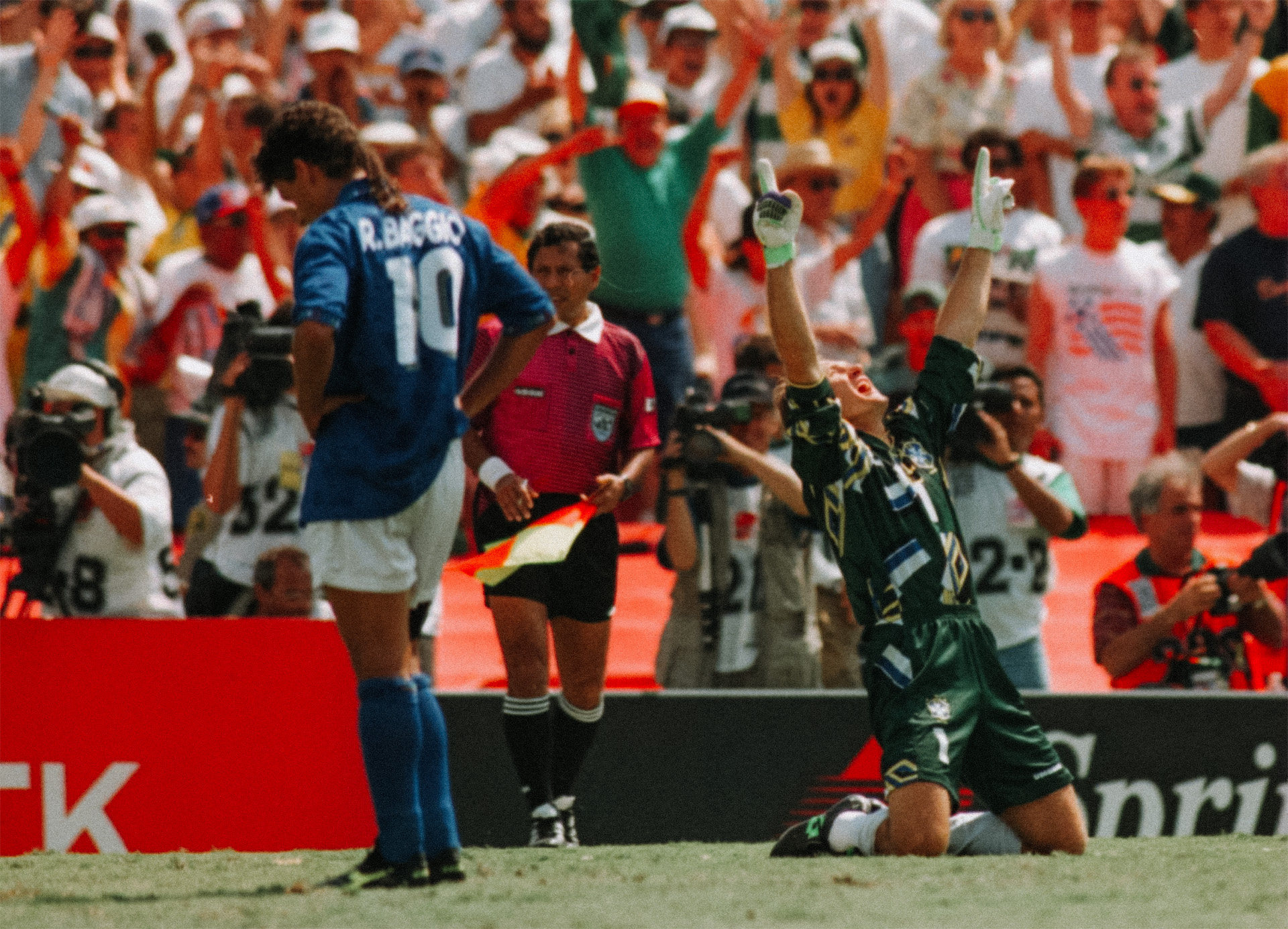 Now, nearly 30 years on, the Brazil and Liverpool goalkeeping coach explains that the 2022 vintage face a similar level of demand with the Selecao having gone two decades without claiming football’s biggest prize.

“Before 1994, it had been 24 years without winning the World Cup so I think it’s the same kind of pressure this time,” Taffarel tells Liverpoolfc.com during a chat at the AXA Training Centre that includes his compatriot and pupil Marcelo Pitaluga, who ably provides translation assistance.

“The pressure is always high on Brazil going into the World Cup but I am confident. I think the group has the right balance of experience and younger players, so I think that’s a really good mix.”

Five-time champions Brazil are perennially among the favourites to win the World Cup, of course.

Taffarel, though, is unmoved by and uninterested in what he sees as mere speculation. Actions are what matter, not words.

“Yes, there is belief among the people in Brazil and people outside of the country as well feel that we are maybe one of the favourites to win the World Cup,” he acknowledges.

“But the most important thing is to build this confidence, this feeling, during the competition and not only before. OK, you might be the favourite before the tournament but you have to make yourselves the favourite when you are there, after the first game, after the second game.

“You have to build your confidence on the pitch. That is where you show that you are one of the favourites.” 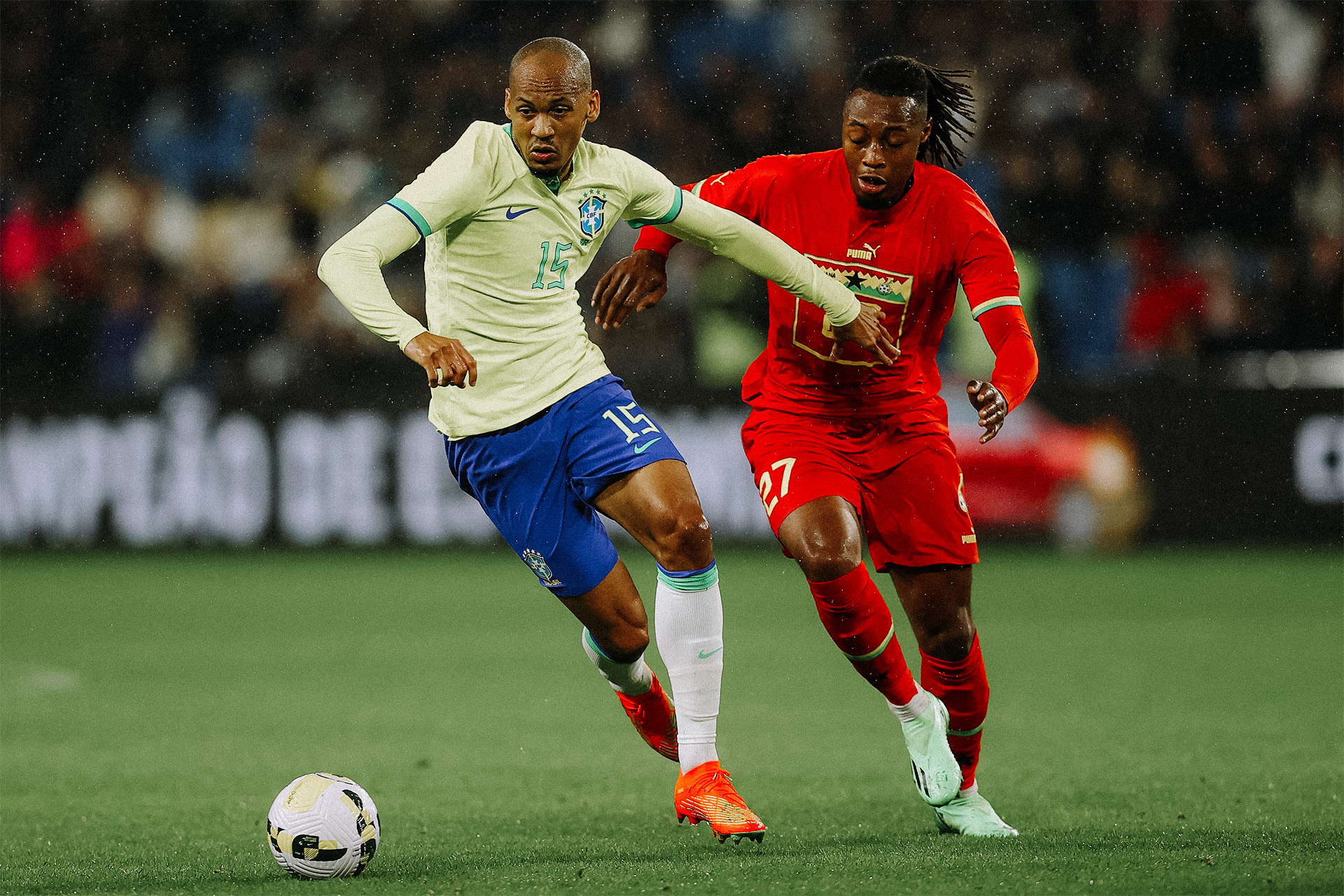 Taffarel speaks from a wealth of personal experience. After all, this World Cup will be his sixth.

In 2010, he observed the tournament at the request of Dunga, then-head coach and Taffarel’s captain at USA ’94 and France ’98, where Brazil were deposed as champions by the hosts after he had saved two penalties in their shootout victory over the Netherlands in the semi-finals.

Taffarel then formally joined the Selecao coaching staff after the 2014 tournament on home soil and was part of Tite’s backroom set-up in Russia four years later.

“Yeah, ’94 was the biggest moment in my career, my happiest moment,” he recollects.

“But four years later, it was the most disappointing moment to lose that final. We had a good tournament but then we lost in the final to France.

“For Brazilian players, playing for Brazil at the World Cup is the highest you can go in football – mainly because of the people, how the people have confidence in the players and how they expect us to do really well, to win it. So, for the players, I think it is the biggest thing.

“The whole country stops during the World Cup and in Brazil, the only thing that counts is winning, to get first place!

“So, like I said, we have to build confidence when we are there. We need to win games to make ourselves one of the favourites to win the World Cup. In this tournament, one little mistake can send you back home and that is what nobody wants to happen.” 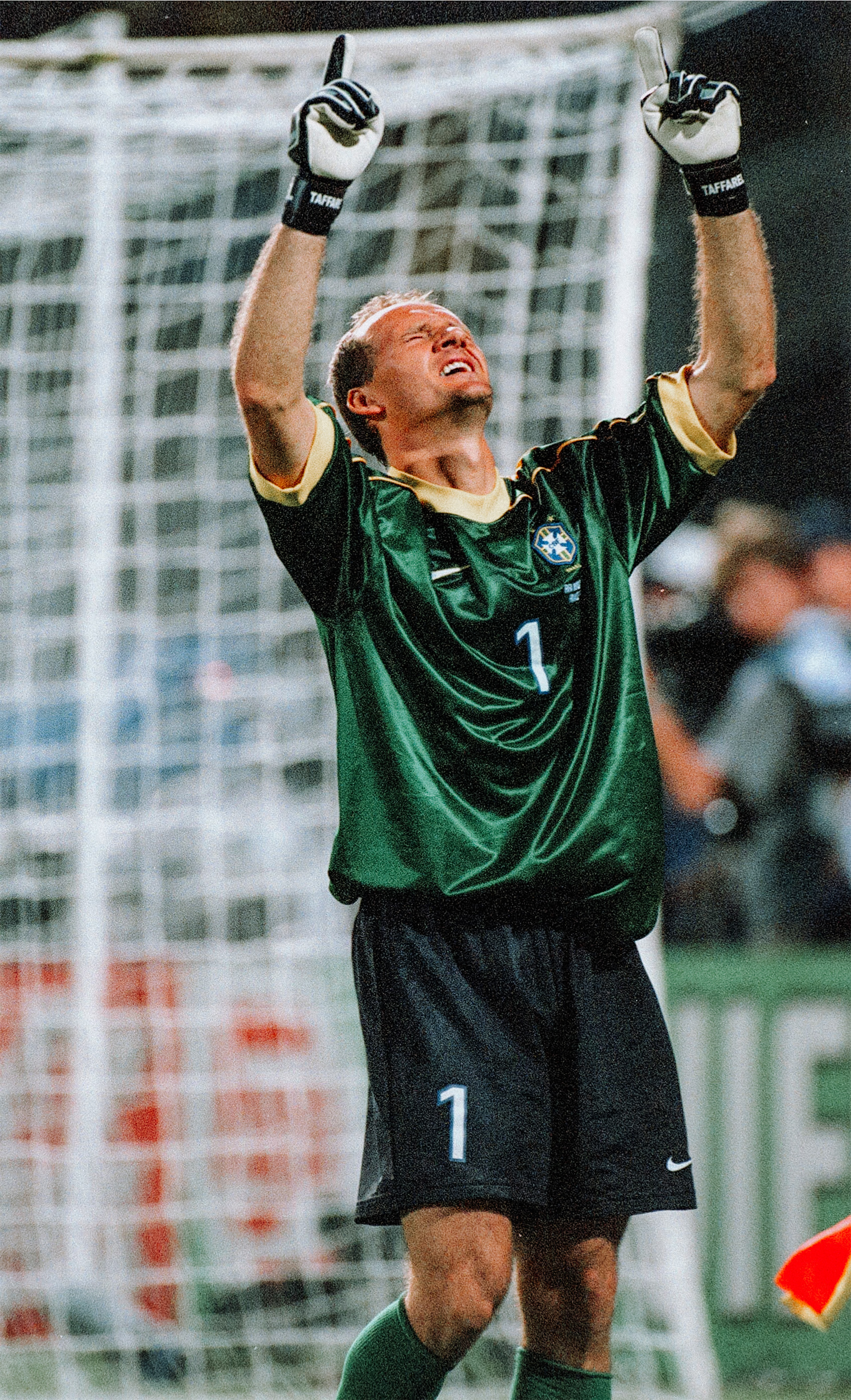 Taffarel joined up with Brazil immediately after Liverpool’s win over Southampton, flying out last Sunday to Turin, where the Selecao are completing what he calls a ‘little pre-season’ prior to journeying on to Qatar.

All nations’ preparations are affected by the unique nature of this mid-season World Cup, but Taffarel believes players may arrive at this tournament sharper than is ordinarily the case at the end of an arduous club campaign.

“I expect the players to be feeling well, maybe even better than when the season ends, but obviously it will be a new challenge for everyone because of the timing of the tournament,” he notes.

“This World Cup is different to any other World Cup so it is a new experience for everyone but I think the players may be feeling better than they do when it is at the end of the season, when there is a bigger break before the tournament starts.”

Tite is blessed with two of the Premier League’s finest ’keepers, with Manchester City’s Ederson also in the squad.

“It’s a really good competition between the two of them, but a healthy competition too because they are friends off the pitch. They respect each other a lot,” Taffarel replies, when asked to detail what it is like to coach stoppers of their calibre. 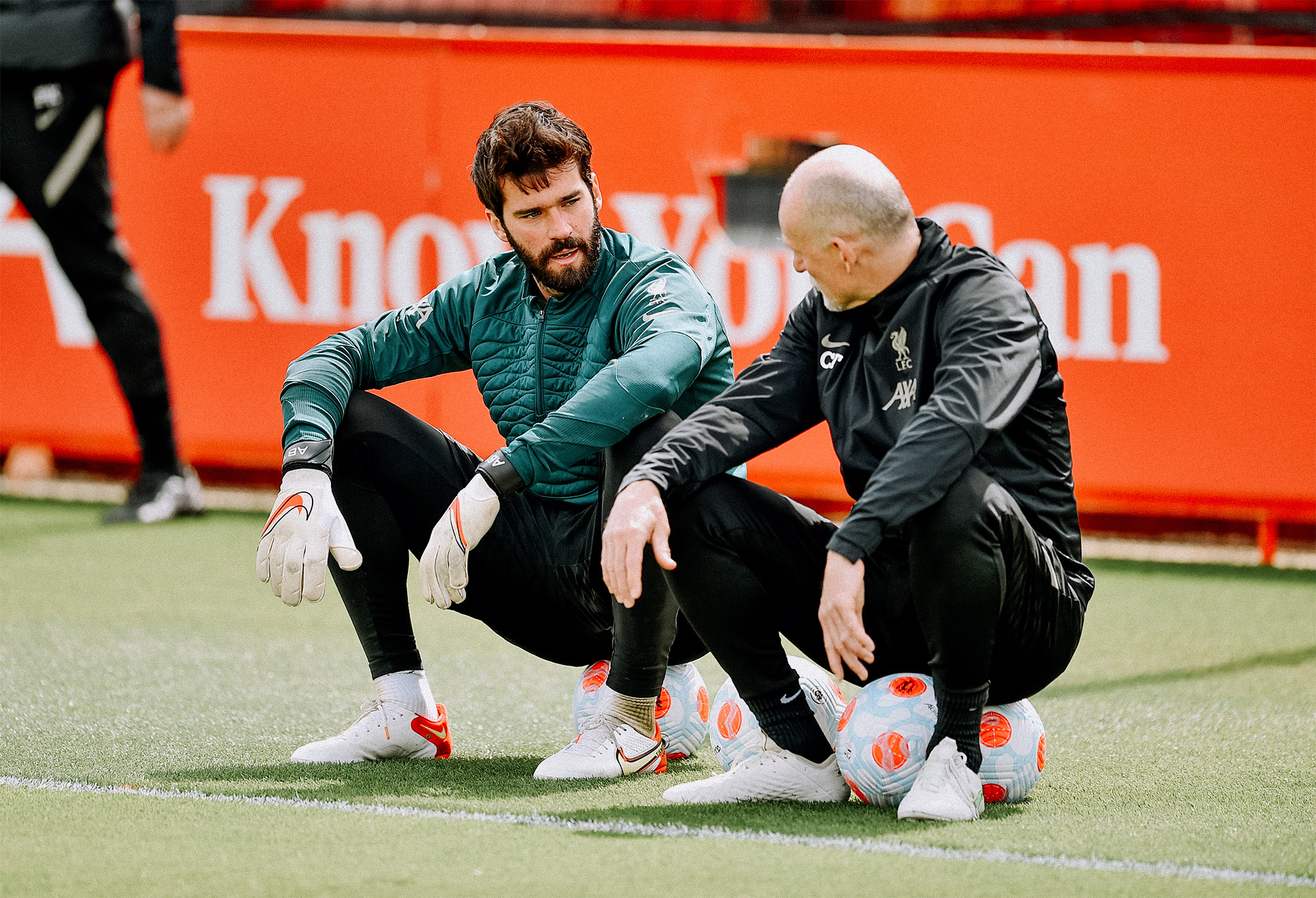 Should Brazil lift their sixth World Cup in Qatar, Taffarel will join a club that is barely done justice by the description ‘exclusive’: men to have won the tournament both as a player and coach.

Has he considered what that would mean for his already-esteemed legacy in the game?

“I have never thought about that, to be honest, about winning it as a coach,” begins his modest response.

“Obviously as staff we are part of the machine, of the big team, but all the credit and everything should go to the players.