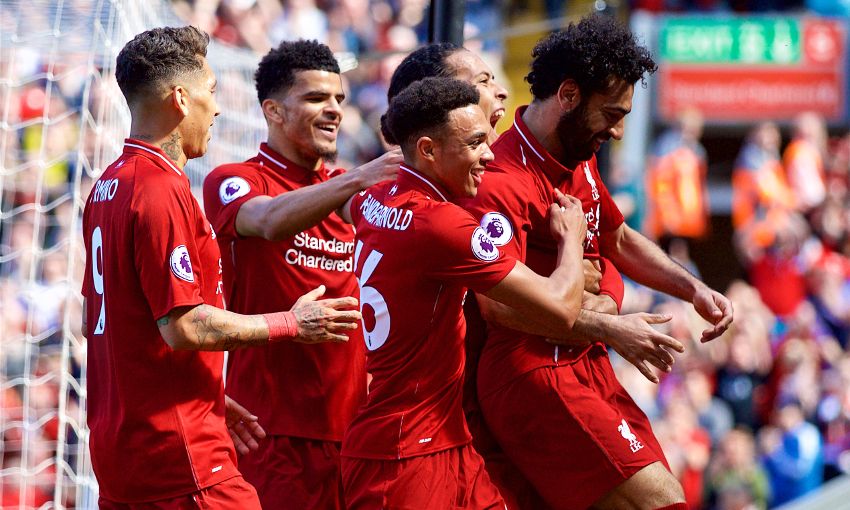 After 56 games, 135 goals, the most prolific debut season in club history, an eighth European Cup final – and much more – the 2017-18 campaign is now consigned to the record books.

So, with a helping hand from official LFC statistician Ged Rea, here are the best facts and figures from the past nine months…

3 - hat-tricks were scored by Liverpool players during the season: Philippe Coutinho (against Spartak Moscow), Sadio Mane (at FC Porto) and Mohamed Salah, who scored four against Watford.

5 - the number of goals scored by substitutes - two each from Salah and Daniel Sturridge, and the other from Alex Oxlade-Chamberlain. 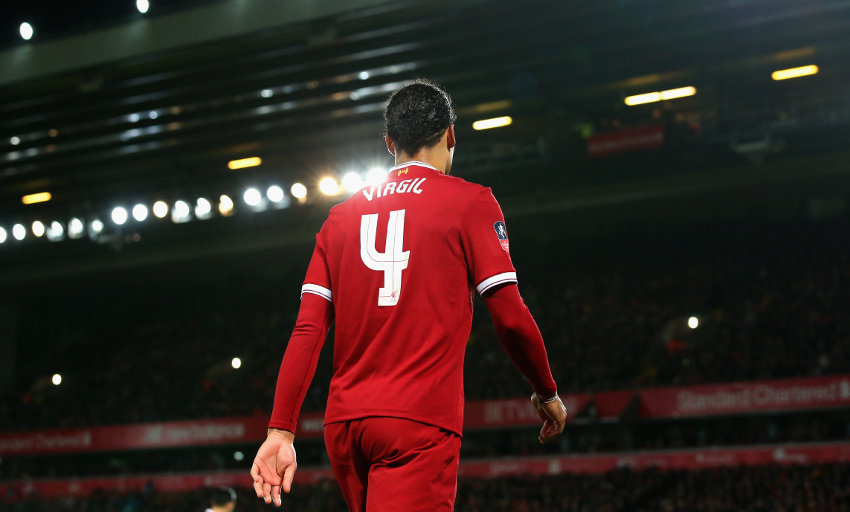 9 - defeats this season in all competitions. That represents the best in a campaign which included European competition since 2008-09.

11 - the most goals ever scored by a Liverpool player in a European season, achieved by two players: Roberto Firmino and Salah.

13 - the player who received the most yellow cards in all competitions was Emre Can. 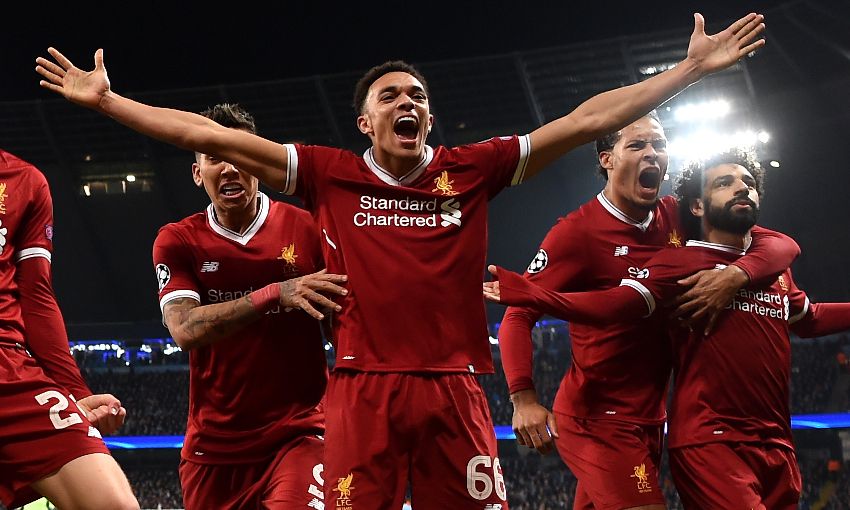 19 - at 19 years and 231 days, Trent Alexander-Arnold became the youngest ever Liverpool player in a European Cup final.

22 - Salah scored 22 goals in both the first half and second half of Liverpool games.

23 - clean sheets were kept by Liverpool overall (including 17 in the league), with Loris Karius keeping 16 and Simon Mignolet seven.

24 - the number of league games in which Salah found the net, to set a new club record.

24 - years and 186 days: the average age of the youngest starting XI selected by Jürgen Klopp in the season, for a League Cup tie at Leicester City.

30 - Firmino was substituted most times, five more than Mane and Salah.

32 - Salah broke the record for most goals scored by any player in a 38-game Premier League season.

33 - players were named in a matchday squad by Klopp, with only Rafa Camacho, Curtis Jones, Lazar Markovic and Conor Masterson failing to appear.

34 - Salah found the net in 34 different games in league and cup - equalling the most ever in the history of English football, set previously by Luton's Joe Payne (1936-37) and Clive Allen of Tottenham Hotspur in 1986-87.

43 - Solanke was named as a substitute most times, coming off the bench on 21 occasions. 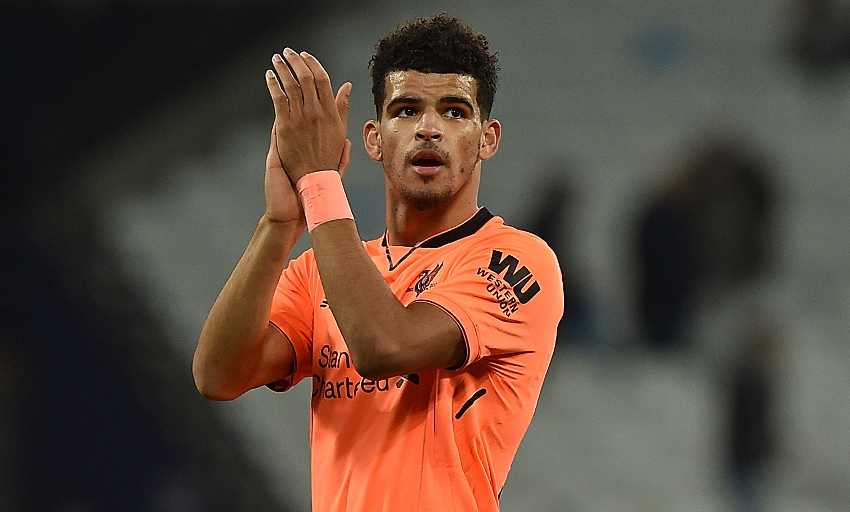 45 - the number of games it took the Egyptian to net his first 40 goals for Liverpool, to set a new club record.

46 - occasions when the Reds were shown live on TV in the UK.

47 - goals were scored by Liverpool in Europe this season, the most by any team in a European Cup/Champions League campaign.

50 - per cent of the penalties awarded to Liverpool were scored (four out of eight).

54 - Firmino made more appearances for the club than any other player, missing only two games - away to Leicester in the League Cup and against Chelsea at Anfield when he was an unused substitute. 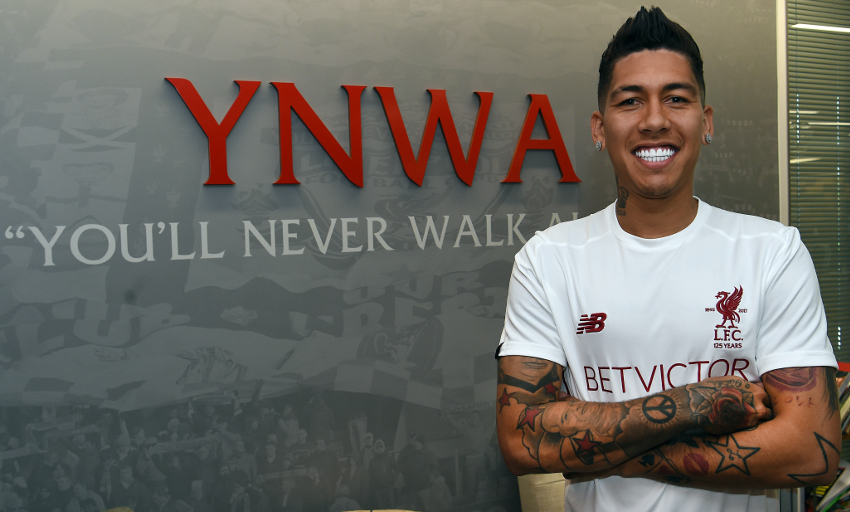 72 - yellow cards were issued to Liverpool in total.

85 - Salah spent a greater percentage of the league season on the pitch than any other Reds player.

88 - seconds into a game saw Liverpool register their quickest goal in 2017-18: Firmino at Sevilla in November.

135 - goals were scored by the Reds - the second-highest tally in the club's history and only three short of the record set in 1985-86.

4,187 - Firmino spent more minutes on the pitch than any other Liverpool player.