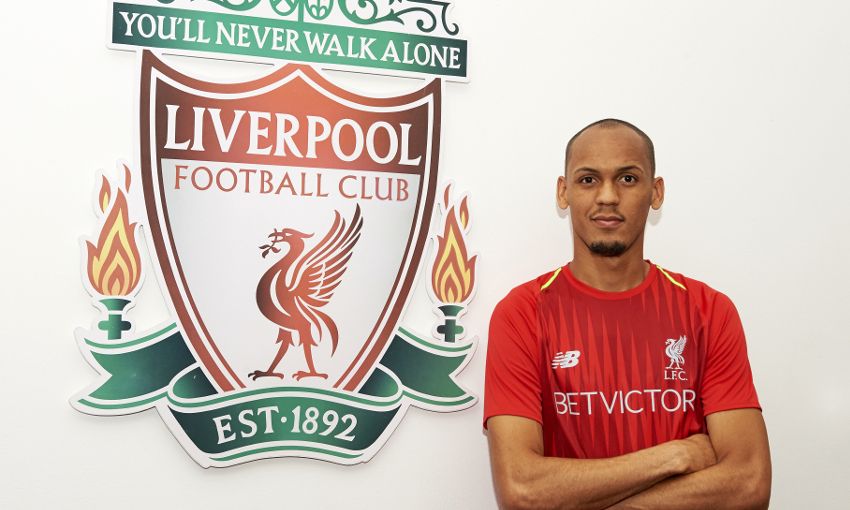 Fabinho today became Liverpool's first signing of the summer after a deal was agreed for the midfielder to join from AS Monaco on July 1.

Full name Fabio Henrique Tavares, the Brazilian, who can also play in defence, arrives at Anfield with a wealth of experience at the highest level of French football – including a title winner’s medal – and in the Champions League.

A tall, athletic figure in the centre of the pitch, the 24-year-old’s agility and decision-making allows him to steal possession from the opposition and launch counter-attacks for his team.

He is comfortable when breaking forward with the ball himself, too, and contributed 26 goals during the past three seasons with Ligue 1 side Monaco.

Fabinho was born on October 23, 1993 in Campinas, close to the south-east coast of Brazil, and began his football career with Paulinia FC in nearby Sao Paulo before joining Fluminense.

But, like many of his compatriots, he quickly made the move to Europe. Portuguese club Rio Ave won his signature in 2012, but it was with Real Madrid where the young man would spend his first campaign away from home.

Loaned to the Spanish giants for the duration of 2012-13, he appeared 30 times for their B team and rounded off the season with a senior appearance and assist in La Liga as a substitute against Malaga at the Santiago Bernabeu.

His next destination was France and it was with an emerging Monaco side, initially with two year-long loans, that Fabinho’s development escalated and his experience swelled.

The No.2 quickly became a mainstay of the team, making 131 appearances across his first three seasons, as they challenged Paris Saint-Germain’s domestic dominance – and that objective was achieved in stunning fashion in 2016-17.

Fabinho played 35 games and scored eight times in Monaco’s surge to the summit of Ligue 1, eight points clear of PSG and having smashed the 100-goal barrier.

It was in the same season that the French club set off on a Champions League adventure.

After starting in the third qualifying round, they eased through the group stage and eliminated Manchester City and Borussia Dortmund in the knockout rounds before falling short against Juventus in the semi-finals. Fabinho featured in all but two games along the way.

And the Brazilian, who has also been capped on four occasions by his country, continued his form into the recently-completed campaign to such a degree that Jürgen Klopp has swooped to bring him to Liverpool.