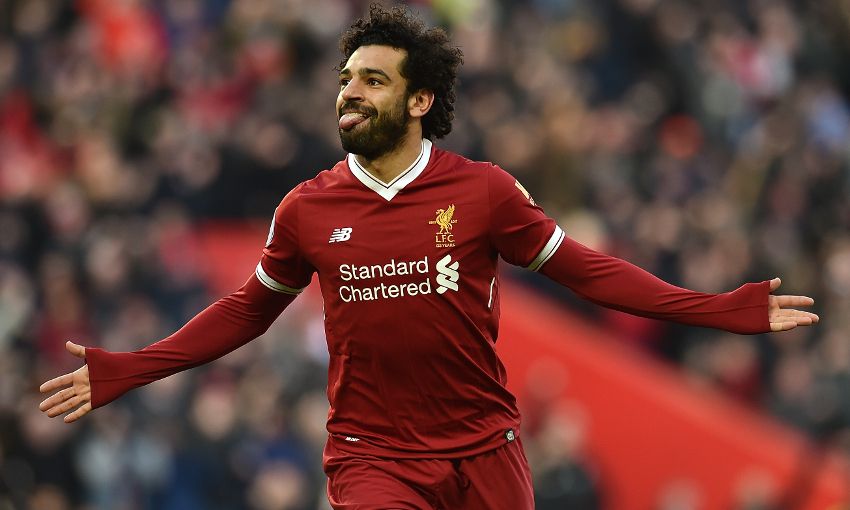 Liverpool produced another rampant attacking display to defeat West Ham United 4-1 at Anfield on Saturday. Here is what the media made of their latest victory...

Read the best reaction to a great result for Jürgen Klopp's side in our press round-up below.

It was all so gloriously familiar. Liverpool's dazzling front three ran riot as David Moyes was left to endure another chastening trip to Anfield. Jurgen Klopp's warning about the dangers of slackening off was heeded as West Ham were ruthlessly brushed aside just like Porto before them. The Reds' recent past is littered with examples of them delivering an eye-catching triumph and then falling flat on the face against average opposition. Not this time. Standards were maintained across the board as another emphatic victory lifted Liverpool above Manchester United into second place in the Premier League. There is no reason why they can't finish the season there. This was a test of attitude and application as much as quality and Klopp's men passed it with flying colours. Some of the one-touch football between Salah, Firmino and Mane was a delight to watch as the Hammers were left chasing shadows. Alexander-Arnold and Robertson rampaged down the flanks and whipped in some pin-point deliveries.

Liverpool's four goals were spread across the team and that will delight Klopp because it reminds opponents that the threat is everywhere. Liverpool also hit the post twice. It was a game they really needed to win because those competing around them will drop points this weekend when facing each other. There have been regular complaints that Liverpool fail to deliver when it matters but they delivered here. It is not first position but they are now up to second. Manchester City should recognise that if progression continues and if Liverpool keep hold of outstanding figures like Salah, a challenge for the Premier League title next season will surely come from Merseyside.

Leapfrogging Manchester United into second was "a nice moment" for Jürgen Klopp but Liverpool's response to pressure from West Ham and their Champions League chasing rivals felt much nicer. "The other teams are flying," he said. "So we have to fly as well." Here was another example of Liverpool's ability to soar. Victory ultimately came at a canter for Klopp's team at Anfield, where the remaining fab three of Mohamed Salah, Roberto Firmino and Sadio Mané were all on the scoresheet once again and David Moyes endured a 15th game here without a win. Yet this was a test of Liverpool's character as well as the established quality of their mesmerising attack. West Ham caused problems at both ends of the pitch in the first half and were unfortunate not to take the lead through Marko Arnautovic. After the restart, however, and amid a howling wind, West Ham were blown away by the power of a Liverpool team that can score four and miss several more even when shy of their fluent best. Liverpool now have 103 goals for the season. Salah has 31, as many as Luis Suárez scored in his most prolific campaign for the club in 2013-14.

When Firmino, Salah and Sadio Mane flick the switch, Liverpool are electric. All three found the net against a Hammers team that were powerless to resist. Salah has scored in each of his last six games and his tally for the season is now 31. The Egyptian will feel he should have also gone home with the match ball after seeing one early shot brilliantly diverted onto the post by Adrian's fingertips and squandering other chances he'd expect to bury. Firmino has 22 - not bad for a striker who isn't renowned as being prolific - while Mane will be disappointed that he clipped a great chance against the outside of Adrian's post before completing the scoring with his 13th of the season. It's the kind of firepower that will cause Mourinho to fret as he plans for Liverpool's tantalising trip to Old Trafford next month. West Ham travelled home happy to get away with conceding just the four.