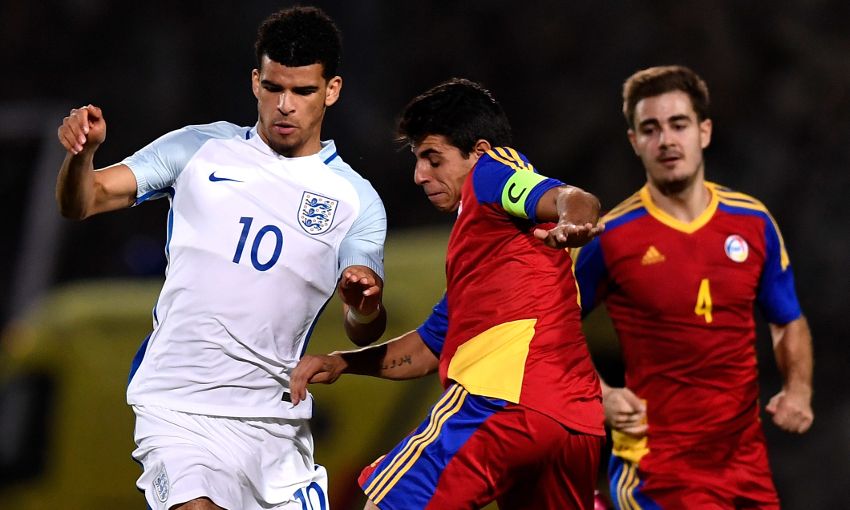 Dominic Solanke has been called up to the full England squad ahead of Tuesday's Wembley friendly with Brazil.

The Liverpool striker netted for England U21s during Friday night's 2-0 win over Ukraine in Kiev, and his selection was confirmed by England boss Gareth Southgate on Saturday evening.

Solanke, who was top goalscorer during the summer as England U20s achieved World Cup glory, joins goalkeeper Angus Gunn and midfielder Lewis Cook in the squad to face Brazil.