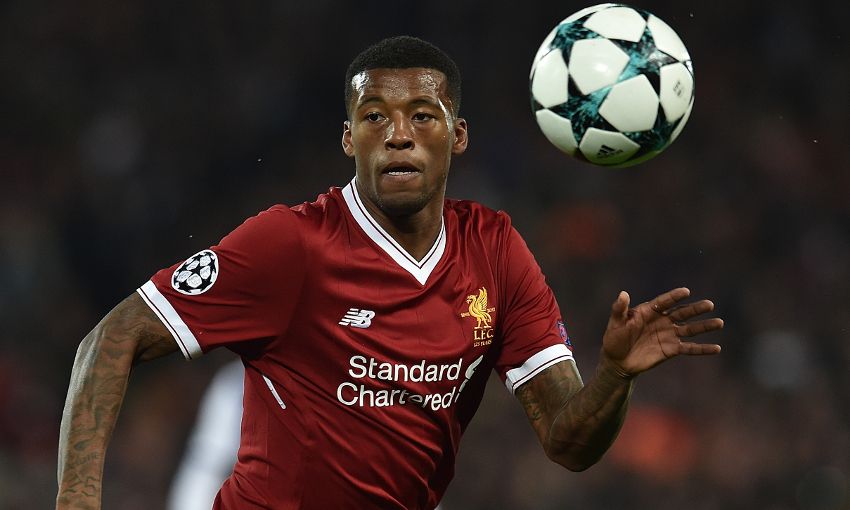 Georginio Wijnaldum requires a scan on the ankle injury he sustained during the Champions League victory over Maribor on Wednesday night.

The Liverpool midfielder had to be taken off in the first half of the Group E tie at Anfield, which the Reds went on to win 3-0 through goals from Mohamed Salah, Emre Can and Daniel Sturridge.

And Wijnaldum will need careful assessment as a result.

“Nobody spoke to me so far [about it]. At half-time I asked immediately and the ankle was already swollen. It’s probably not a good sign,” Jürgen Klopp explained after the final whistle.

“We saw a kick in the game and didn’t think it was too serious. Then it was swollen. We’re not sure if he twisted it or not. For sure, we have to make a scan.”