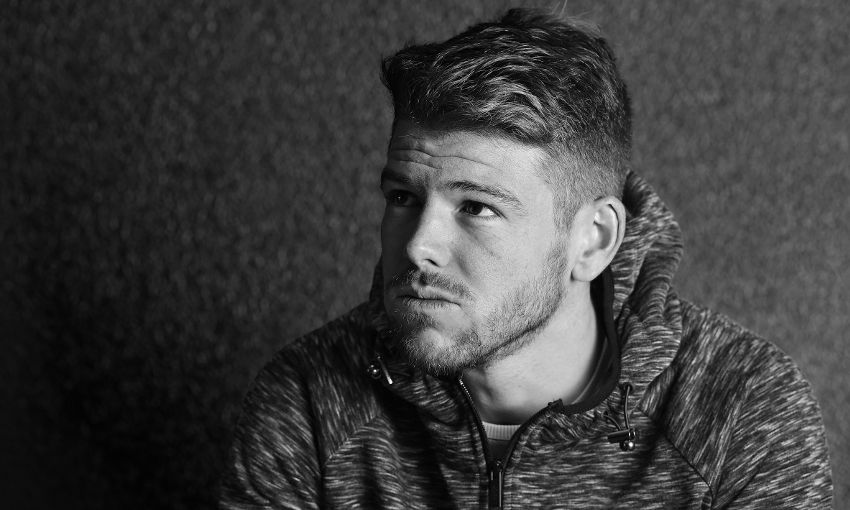 A simple Spanish phrase but one to which Alberto Moreno’s answer has transformed in the past three months.

Restored to the Liverpool starting line-up this term by virtue of his refusal to accept such a scenario was beyond his reach, the left-back’s redemptive story since returning to pre-season in the summer is as uplifting as the smile that forms across his face when that question – “How are you?” – comes from the visiting Kenny Dalglish at Melwood.

The positive reply to the legendary Scot in the training ground’s reception was straightforward. “Bien, bien.” Good, good.

But the story behind it is complex.

“I always believe that you should look back on the previous season before the next one starts,” Moreno tells Liverpoolfc.com in an exclusive interview.

“A good example to look at would be this season to the one just gone, where I hardly played at all. I said to myself in the close season, ‘What can I change? What can I do differently to be able to play more?’ So, first and foremost, work really hard, try to work even harder in pre-season. I managed to have a couple of decent performances in pre-season games, so that’s a good example in comparison to how I suffered last season by being out of the side and things were tough.

“This time, it’s an example of how you can turn things around in relation to what you’ve got left to give from the previous year. I managed to turn it around; fortunately, I’m in the team and enjoying what I do this season.”

It is fair to say that wasn’t the case throughout the last campaign.

Relegated to the substitutes’ bench as James Milner – hitherto a midfield player – was switched to left-back, the 25-year-old was restricted to just eight starts for Liverpool.

After such a significant watching brief, summer speculation suggested Moreno’s association with the club might come to an end. Jürgen Klopp then increased his options in the position with the signing of Andy Robertson.

But understand the Spaniard’s upbringing, the values planted in him by his father for example, and you understand why there was only ever one choice when he faced that fork in the road.

“When my dad first saw me playing and started to get the idea I could go all the way and make it as a professional player, he used to instil in me this ethic of working hard,” Moreno explains.

“He said ‘If you work hard, keep at it, be focused mentally and physically, look after yourself, you’ve got it within you to go all the way.’ You don’t believe it because at that age all you want to do is play the next game and have fun, you don’t look beyond that. But over the years, as you grow your ability and strength and belief, in the back of your mind you start to believe you can make it as a player yourself. But it’s very difficult and you do make lots of sacrifices. When you get to the teenage years and all your mates are going out, you want to keep fit and lead a healthy life and look after yourself because you want to be a player.

“So last season, for just one bad season I’m not going to let all that hard work and sacrifice and mental strength go and throw it to waste.”

A further source of motivation is Moreno’s young family.

The arrival of his baby daughter, in particular, provided important doses of context and clarity against the backdrop of professional football and its demands.

Indeed, she can claim a portion of credit for the comeback her father has achieved at Anfield.

“It’s not just my mental strength but huge thanks to all my family, who never at any point let me get down during that year. They helped me to be strong mentally,” he continues.

“It’s not something that you give up or go somewhere else when you’ve worked for something with such conviction for all your life. It’s about staying strong and fighting, they’re the qualities you learn as a kid, and have that determination to turn it around and change things.

“Fortunately, so far this season I can say that I’ve managed to succeed and improve on last year.

“There was one person that really helped me through it and stopped me from getting low: my little girl, who had recently been born. Getting home after training or a game and seeing her gave me all the lift I needed – to do it for her, to keep my head up and trying and fighting hard for her.”

Moreno was recruited into the Sevilla academy at the age of 10, then more of an attacking left winger than a defender.

Fast forward to his later teenage years and it was a coach at the La Liga club who called for a change in the budding youngster’s role – and he hasn’t looked back. “At that age, what more do you want in life than to be playing football regularly?”

Nor did he have to look far for role models.

As Alberto’s ambitions were developing in the south-west region of Spain, right-sider Dani Alves was stamping his mark with Sevilla en route to becoming one of the finest in the trade of his generation.

On the other flank, meanwhile, was a natural figure to look up to in Antonio Puerta.

The talented left-back had established himself for club and country when, in August 2007, tragedy struck. Puerta collapsed during the opening match of the La Liga season and died three days later as a result of the cardiac arrest he suffered at the Ramón Sánchez Pizjuán.

His death has profoundly shaped Moreno’s philosophy on life.

“It was a massive blow, a really tough and difficult time for everyone in the club. Everyone in the city felt it, not just within the football club,” he reflects.

“I happen to know his family really well and so I felt what a terrible and tough blow it was to take. When things happen like that in life, they help you to think about life and maybe rethink life in a different way. If anything, it does encourage you to live for the moment and live your life. It gives you a bit more conviction to fight for what you really believe in, what you think you know about and what you know you can achieve – and, above all, to enjoy everything while it’s happening.

“This world is such that you never know what’s going to happen next and that’s even more of an incentive to enjoy things while you are here.” 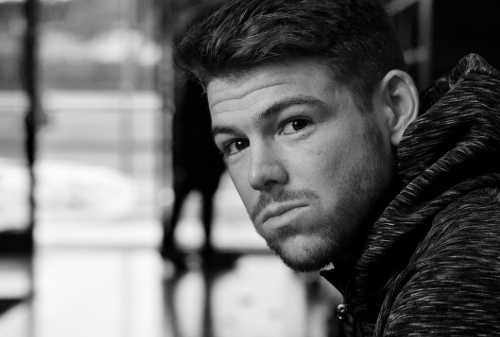 Liverpool’s call came in the summer of 2014.

Preceding that, 18 months of progress in the Sevilla first team had been capped off by Europa League glory in May of that year, Moreno featuring throughout the successful run and starting the final against Benfica, and prompted the Reds to make their move.

His connection to the Spanish club of his hometown was and remains, understandably, strong – and therefore the decision to leave came with a heavy heart.

But that emotional attachment could not overwhelm the sense of opportunity in his hands.

“It was a tough decision and a really hard decision to make, but at the same time it was a choice I knew I had to make to continue growing as a player and developing your career as a footballer,” he says.

“I viewed coming here as a big challenge for me.”

So, what were the realities of that challenge?

Moreno laughs as he recalls his opening days on Merseyside, a 22-year-old in a different country, with a new job and unable to speak the language.

“If I’m totally honest, I was a bit nervous,” admits the three-time Spanish international. “I had butterflies, I was thinking ‘How can I be here with a chance to line up alongside names like Gerrard and Coutinho?’

“That was the initial thought, a bit of trepidation. It was almost like ‘Is it real?’ But at the same time, I couldn’t wait to get started and start training and working alongside these people.

“It was like a dream you had as a kid. If you’re on the PlayStation as a kid and playing as Liverpool, you think ‘If only I could play for Liverpool one day!’ And then just a few years down the line you get here. If I take myself back to that moment, I still get the same butterflies inside thinking about it – it was a lovely feeling, a special feeling.

“As time went by and I’d been here a few days, I thought ‘I’ve had a chance to take it all in, I’m here and a club like Liverpool have paid decent money for me so it must be for a reason.’

“You believe in yourself and want to make sure you don’t let yourself or anyone else down, you’ve got to perform well and just focus on doing what you do. I’m a professional footballer and that’s what I do out there on the field.”

Out there on the field is where Moreno, happily, now finds himself with much greater frequency.

Of Liverpool’s 14 competitive matches so far in 2017-18, the defender has started 11 and shown no intention of relinquishing the shirt he worked so hard to reclaim.

“I’m doing what I’ve always wanted to do: play regularly for Liverpool. Currently I’m in the starting XI and on the teamsheet every week,” he concludes.

“Without doubt, I took the right option when faced with that crossroads, to get my head down and work hard. Now I’m doing exactly what I’ve always wanted to do.”