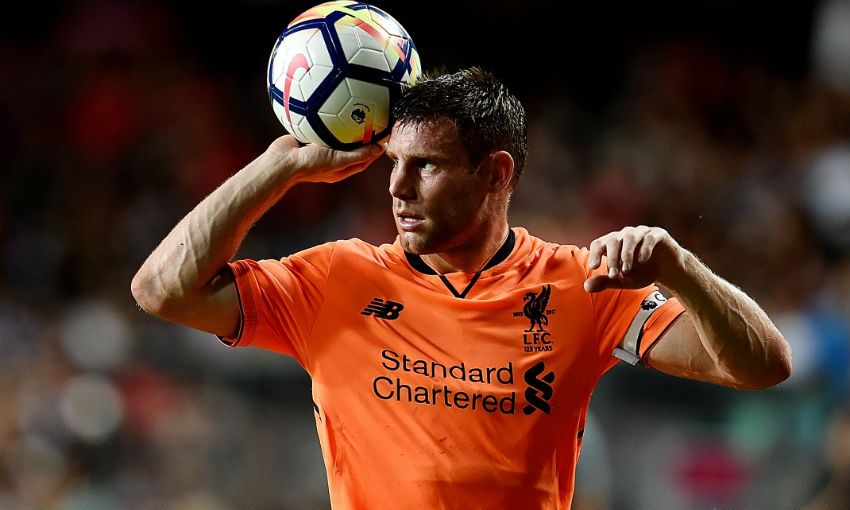 James Milner will be monitored by Liverpool’s medical team over the coming days after feeling discomfort in his quad during the Premier League Asia Trophy final against Leicester City.

The vice-captain, who was substituted late in the first half of Saturday’s friendly victory in Hong Kong, reported to Melwood on Monday for tests.

Early assessments show that Milner’s problem is not serious, but the No.7 will complete a specific training programme this week in order to manage his availability to Jürgen Klopp before re-joining his teammates in their full pre-season schedule.

The Reds’ next fixture comes on Saturday against Hertha Berlin, before they participate in the Audi Cup in Munich next week and then complete their pre-season programme by taking on Athletic Club in Dublin on August 5.

At this stage, Milner is not ruled out of any of those matches, but decisions on his selection depend on his recovery and will be taken on a game-by-game basis.

You can watch all four of Liverpool’s remaining pre-season friendlies on LFCTV and LFCTV GO. Click here for information on how to sign up for either service.