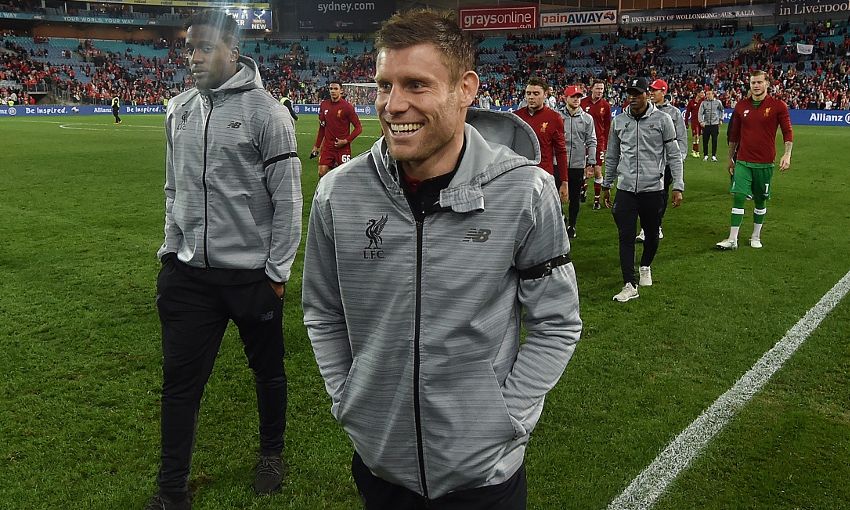 James Milner's professionalism will drive the Liverpool vice-captain to improve on his performances at left-back last season.

That’s the prediction of former Reds defender Alan Kennedy, who credits the No.7’s mentality for the ease with which he switched from midfield to an unfamiliar role in Jürgen Klopp’s back four.

The Englishman missed only two Premier League matches all season as a top-four finish, and a place in the Champions League qualification round, was cemented on the final day.

It remains to be seen if Milner will continue in the position next term, but Kennedy – twice a European Cup winner with the club – believes he is ready to build on his experience there if so.

“I’ve not been surprised. He’s a great professional. He treats any position as his own,” the 62-year-old told Liverpoolfc.com.

“He likes to do what he can for the team, he’s very much a team player.

“But he’ll still be thinking he can do better next season, that’s what I love about him. He’s a great guy with a great attitude.

“James is No.1 and I can’t see that changing over the next six months unless he has injury problems.”

In an ideal world, Kennedy hopes the amount of work Milner and his defensive colleagues are required to do is limited anyway.

Instead he wants to see Liverpool dominate matches in a style akin to their imposing displays during the opening months of last season, when the co-ordination and consistency of their pressing forced opponents onto the back foot.

“I’d like Liverpool to adopt the policy – which they do – of just going forward and putting the other team under pressure all the time,” added Kennedy.

“[Klopp] doesn’t need to change too much. We had the injury to [Sadio] Mane at the end of the season. If he comes back the same player, that’s a big bonus.

“And for other players it was their first season with Liverpool.

“All in all, I think they’ve had a really, really good season. They’ll be more confident in the season coming and play the football we deserve.”