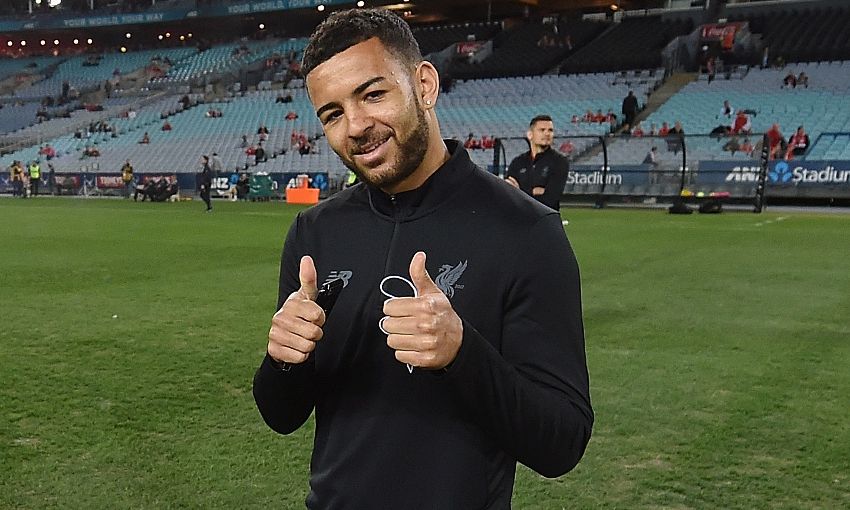 Kevin Stewart is determined to bounce back from the injury frustration he endured at the end of 2016-17 by getting more game time for Liverpool next term.

The midfielder last featured for the Reds during an FA Cup tie at Plymouth Argyle back in January, meaning he tallied just nine appearances over the course of the season.

An injury issue thwarted his opportunities to add to that figure, but Stewart hasn’t lost any faith in his ability to challenge again regularly for a place in Jürgen Klopp’s side.

“Trying to break through, trying to stay fit and trying to be ready for when I’m called upon [is my aim],” he explained to Liverpoolfc.com.

“Next season there are going to be a lot of games, especially if we qualify for the Champions League, so I just want to keep fit in the summer, work hard and then see where the season takes us.

“That’s the thing that keeps me going – I’ve done it before, so I know it’s possible.

“I see the players I train with and they’re amazing players I’m competing with and playing with, but I will keep believing because I’ve been through it before.”

Stewart was speaking at a charity event he set up in London on Saturday to raise money for the Cerebral Palsy Sport foundation.

He took part in a 5K run to raise funds, with Anfield teammates Joe Gomez and Rhian Brewster on hand to get involved and offer support.

Stewart explained: “It’s all about raising money and awareness for cerebral palsy, as well as getting people together and having fun. A lot of my friends are here to help out.

“It’s a cause that’s important to me because one of my closest friend’s baby cousin died of the condition a few years ago. We’ve done some charity football tournaments in the past to raise money and some of my friends have done marathons, but this year we thought we’d tried to go bigger and better.

“It’s really good to try and give something back. As well as raising money for a charity, it’s a chance for me to do something good with my friends.”