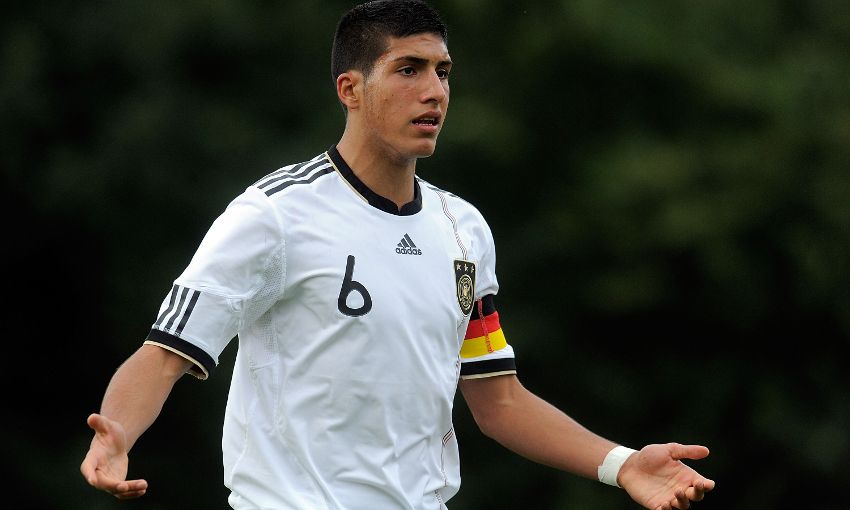 "A lot of people said I was better at centre-half than midfield."

It’s not uncommon for a professional footballer to be playing in a completely different position to the one he did as a youngster.

Many have kicked off careers as keen strikers, for example, and notched impressive goal tallies through their early years before being redeployed in deeper roles as experienced, knowledgeable coaches identified the most suitable use of their abilities.

Can’s own story was similar.

Originally drawn to an offensive midfield berth, he scored ‘a lot of goals’ as he took his primary steps in the game with SV Blau-Gelb Frankfurt from the age of six, making Eintracht Frankfurt’s decision to use Emre – who moved on to the Bundesliga club as a 12-year-old – in the centre of the park or further forward at youth level a sensible one.

It’s easy to understand why.

His size, strength and physicality provide Can with the power needed to combat opposing midfields but do not detract from either the deftness of touch he is capable of in possession or the agility to press the other team across the pitch.

“You can help your teammates so much from the midfield role, and it’s always my first target that I help my teammates to win games and I always want to play well for them.”

Despite that predisposition to dominate from the centre of the pitch, though, the young Can was initially discouraged from making midfield his home.

He was told that his attributes were better suited to lining up at the back and that the possibility of progressing to the elite of his profession would be increased if he did so.

Such a view has been proven true to a degree, of course, with the 23-year-old Emre still comfortable enough to drop into defence if necessary – as he did during his opening campaign with Liverpool as part of a three-man rearguard under Brendan Rodgers.

But, while always grateful to be versatile, back then, in his hometown of Frankfurt, Can refused to waver in his belief that he could become a top-class midfielder and took the bold decision to ignore the advice of those around him.

“I was always a guy with a lot of confidence and I always believed in myself,” he explains.

“I became a professional as a midfield player, but the good thing is I know I can play centre-back as well. At the end, managers have to decide that. Here, it was the same – I played mostly at centre-back, three at the back, in my first year. Now I’m playing in midfield.” 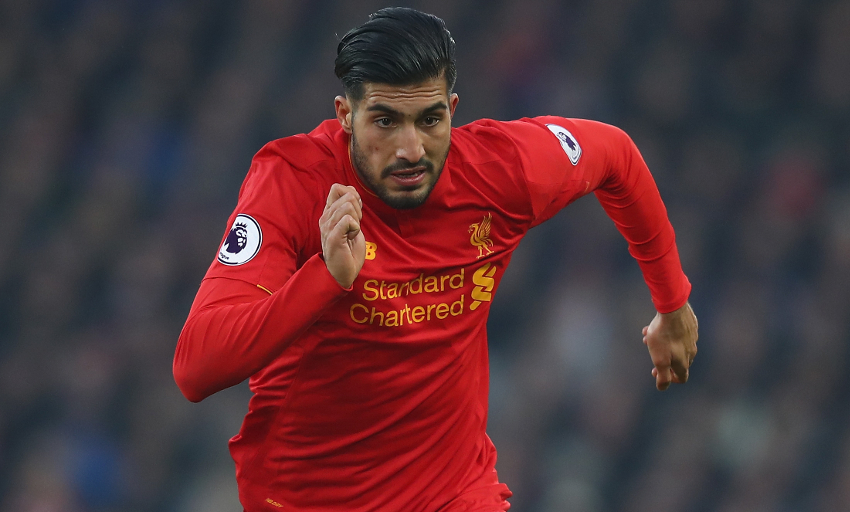 Born on the banks of the river Main, 550 miles from Merseyside, Can’s connection with football began by playing within the walls of his own home – and therefore to the occasional tune of his mother’s reproach.

“Telling me off!” he laughs.

Though there was no background in the sport to speak of within his family, Emre’s parents quickly supported their son’s ambitions, making sacrifices that remain fresh in his mind and constant sources of motivation.

“I always had the dream to come into football. That was my attitude and my target. That always pushed me.

“I remember my mum always told me when I was younger I just took the ball and went off to the streets and played eight or nine hours per day. That makes you strong. I always played with guys who were two, three or four years older than me. I think that helped me a lot.

“My parents were always behind me and are behind me now as well. It was not easy for them, because they had money but not too much money.

“Sometimes I played far away; it was always costs and money. I remember when I wanted boots, for example, my dad worked just so he could buy me boots. It was not an easy time for my parents, I know that. I know it was very difficult for them. But, at the end, I’m a professional player and I want to pay that back of course.”