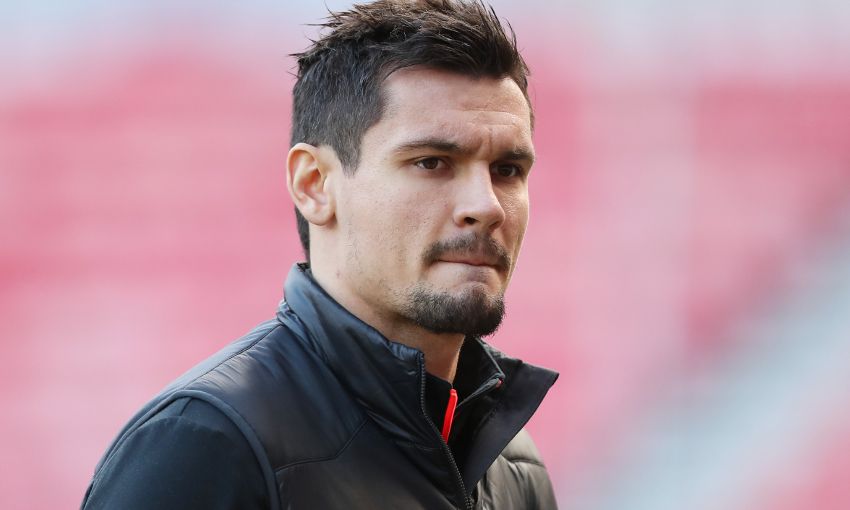 Dejan Lovren has no doubt Liverpool will learn from a frustrating afternoon at Sunderland.

The Reds appeared to be on course for three points at the Stadium of Light on Monday, with goals from Daniel Sturridge and Sadio Mane giving Jürgen Klopp’s side a slender 2-1 lead heading into the final stages.

But, having converted one penalty in the first half, Jermain Defoe stepped up to score from 12 yards again and rescue a point for the hosts six minutes from time.

“It felt like a defeat, especially after beating Manchester City,” Lovren admitted to the Liverpool Echo. “But we have to keep our heads high. A point is better than nothing.

“There is still half a season to go. There are so many games in front of us and in front of Chelsea. We just have to concentrate on ourselves.

“We will have more ups and downs throughout the season. We need to learn from the mistakes we made against Sunderland.

“I’d prefer we took the three points and reduced that gap by more but we need to keep moving on.

“We have some really big games in front of us. I’d say we like to play against the big teams. There’s a lot to play for.”

The draw with Sunderland came just two days after Liverpool had battled to a deserved 1-0 victory over Manchester City at Anfield.

For Lovren, the failure to preserve their advantage in the closing moments in the north east was put into sharper focus by the result which preceded it.

The centre-back added: “At 2-1 up, we were in control. Despite the fatigue, we had even more chances to score more goals. But we can’t do anything about it now.

“We weren’t at 100 per cent from the beginning against Sunderland. We only woke up after they’d had a couple of chances.

“We gave everything against Man City and defended so well in that game. At Sunderland we showed a different side. I won’t say we didn’t defend well but we can’t be happy with conceding two goals.”