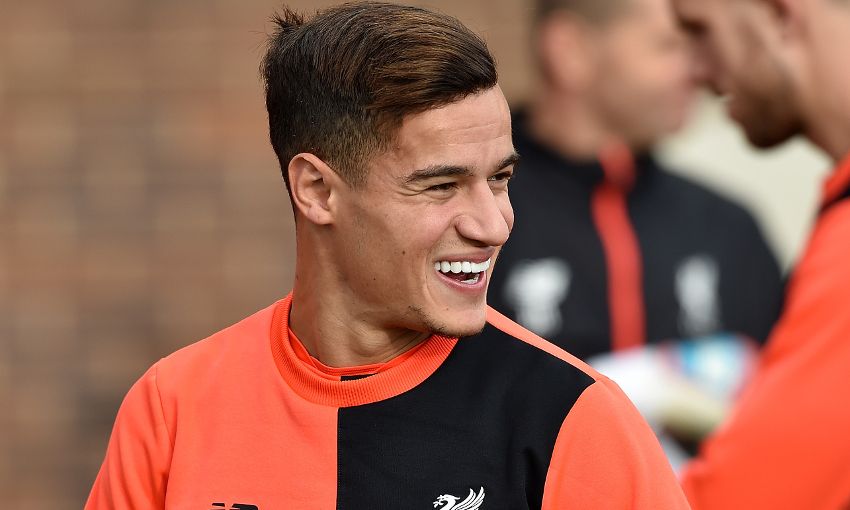 Repetition of the 'quality' coaching drills favoured by Jürgen Klopp and his staff are the key to building confidence on the pitch, according to Philippe Coutinho.

Despite suffering a setback at Bournemouth on Sunday, the Reds have enjoyed an encouraging start to the 2016-17 campaign off the back of Klopp's first pre-season in charge of the club.

They sit in third place in the Premier League, just four points off top spot, and have a two-legged EFL Cup semi-final ahead of them next month after successfully navigating the early rounds.

And Coutinho believes the strong position he and his teammates find themselves in is a result of the foundations laid at Melwood.

"Confidence is a huge factor out on the pitch," he told FourFourTwo.

"I think it comes through repeated quality training, which gives you belief in your ability as well as the confidence to transfer your work from the training ground onto the pitch.

"If we get only two or three chances in 90 minutes, you need to be confident that you will make the right decision in the final third and then put the ball in the back of the net.

"I don’t think there is a secret – you just have to practise making these decisions a lot.

"Attacking midfielders need to play with happiness. By that I mean dribbling at pace and making things happen. If you repeat that every day, then you will tap into the perfect mental state to be creative."

The Brazilian also offered an insight into the preparation work that has helped the Reds score a league-leading 35 goals in the English top-flight this term.

"We work really hard on our passing game, because our manager likes this type of playing style," he added.

"Something we practise a lot is playing three short passes and then switching the play with a longer pass. We often repeat that routine.

"One of the reasons we do this is so that the forwards can try to escape their markers and then open up spaces on the pitch very quickly."