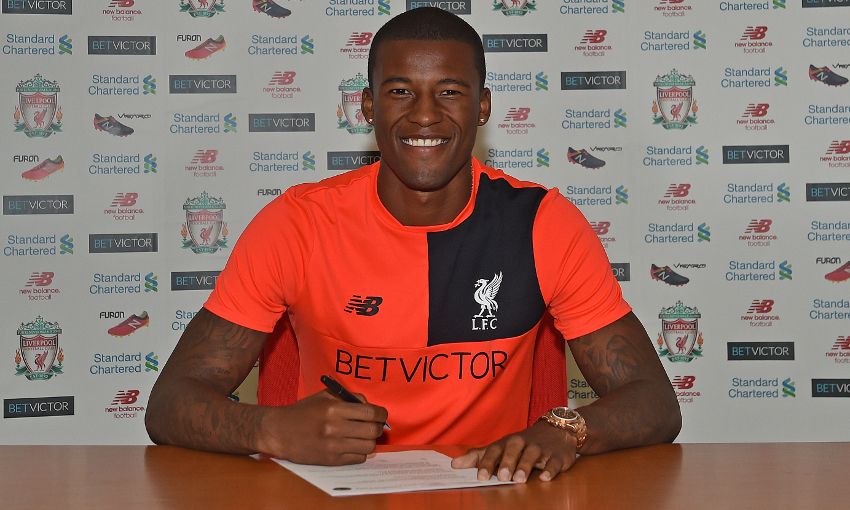 The 25-year-old has signed a long-term deal with the Reds to seal a return to the Premier League and will now jet out to join the club's ongoing tour of the United States.

After completing a switch to Anfield on Friday, he told Liverpoolfc.com: “I’m really excited because Liverpool is a big club with a great history and it’s always a dream to play for as big a club as Liverpool.”

He also commented on the prospect of working alongside Jürgen Klopp, adding: “[He seems] a great man - from the outside - because I don’t know how he works yet and I have to work with him.

“[But] I always love to watch him, his passion as a trainer, I like how he enjoys the game. He gives something back to the group [with his passion] so I look forward to working with him.”

Wijnaldum scored 11 goals in 38 league appearances in his maiden season in England following a move from PSV Eindhoven last summer.

The Dutchman, who also previously represented Feyenoord, has 30 international caps to his name.

He joins Loris Karius, Joel Matip, Marko Grujic, Sadio Mane, Ragnar Klavan and Alex Manninger as a fresh face in Klopp's squad ahead of the 2016-17 campaign.

You can see Wijnaldum and his new teammates at Anfield next season with LFC's new hospitality package, The Dugout. We also have a range of deals on offer. Click here for details.

You can watch the Reds' pre-season tour matches - including a possible debut for our new No.5 - on LFCTV and LFCTV GO. Click here for information on how to tune in.