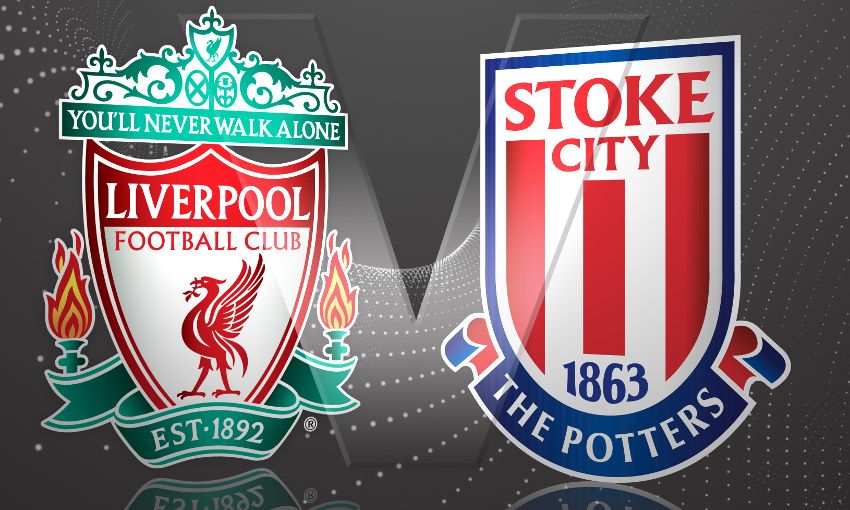 Blog: Reds can use Dortmund display to defeat Stoke

Ahead of Liverpool's league meeting with Stoke City at Anfield, check out 13 facts and figures about the game and the history between the teams courtesy of club statistician Ged Rea.

In league clashes between the sides at Anfield, the Reds have claimed 45 victories, there have been 12 draws and the Potters have won on three occasions.

The teams have met three times already this season and each game has ended in a 1-0 victory for the away side.

Liverpool have won 16 and drawn three of the last 19 league meetings at Anfield. Since losing 4-3 to Stoke in March 1959, the Reds have won 26 and drawn four of the 30 clashes on this ground.

The Reds have never lost to Stoke at home in the top flight, winning 41 and drawing 11 of the 52 games played at Anfield.

In the 60 previous league meetings at Anfield, Liverpool have scored 129 times compared to Stoke's 36.

Their biggest home win against the Potters came in January 1902 when they won 7-0.

The Reds will be looking to improve on a record of two wins in the 10 games immediately following a Europa League fixture. In February they defeated Augsburg at Anfield following the first leg in Germany, and they defeated Swansea City after a home win over Bordeaux back in November.

Stoke have scored more than once in a game at Anfield in only one of the last 25 league visits. They hit three in April 1976 but still lost 5-3.

Their highest number of wins in a Premier League campaign is the 15 achieved last season. So far during this campaign they have 13.

Mark Hughes has won four of 21 games against the Reds in his managerial career, one each with Blackburn Rovers and Queens Park Rangers and two of his seven clashes as Stoke boss.

The Potters are unbeaten in their last three away matches, drawing 1-1 at Chelsea in between victories at Bournemouth and Watford.

In their last 19 games – since the start of the calendar year – Stoke have scored five first-half goals. One of those came in stoppage-time at Anfield in the League Cup tie in January.