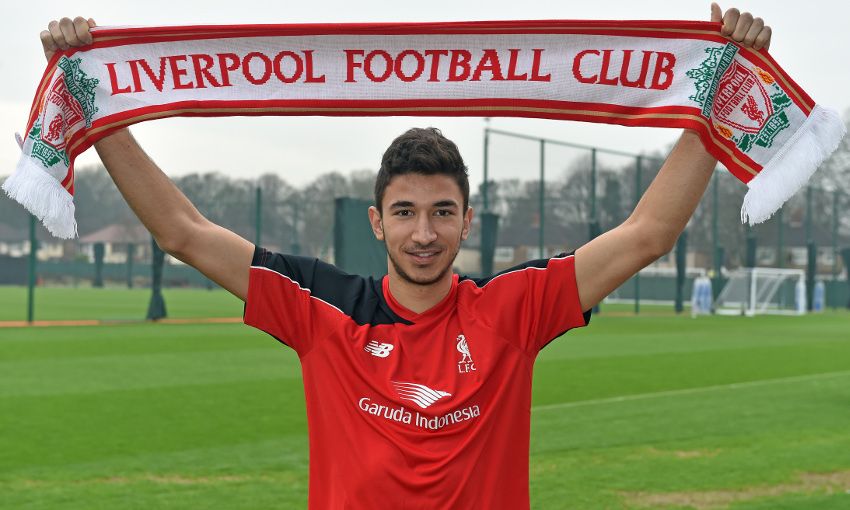 The 19-year-old put pen to paper on a contract with the Reds at Melwood today to tie up a transfer from Red Star Belgrade, where he will immediately return on loan until the end of the season.

Grujic currently represents Serbia at U21 level and was also a member of their World Cup-winning U20 squad in 2015.

Upon completing the deal, he told Liverpoolfc.com: “I’m very excited and so proud to be here and a member of Liverpool Football Club. I can’t wait to get started, play at Anfield and train at Melwood.

“I was thinking about my progress in my next period and decided it was good for me to come here and try to be the best I can.

“I want to play in front of one of the loudest set of fans in Europe at Anfield.

“I also like the atmospheres at other stadiums, the crowds are very good. I like to play under pressure and that’s why I’ve come here – because it brings out the best in me.”

Grujic’s form in 2015-16 has helped elevate Red Star to the top of the Serbian Superliga, where they entered the current winter break with a 25-point cushion over second-placed FK Cukaricki.

So far this term, he’s netted five goals in 21 league appearances for Red Star after making his debut aged just 17 in 2013.

Klopp said: “We’re very pleased because Marko is a big talent and we’ve seen him a lot of times.

“When I came here, our scouts showed me some footage of a very skilled player from Red Star Belgrade. We watched it, we spoke to him, we met each other – he’s a good boy, a young boy but plays an important role at the moment at Red Star, who are the best team in Serbia.

“To describe him, I would say he’s a tall boy, but quick and good at technical things. He can play passes and can dribble. But he is young, so he has to develop. He will do this, so everything is okay.”