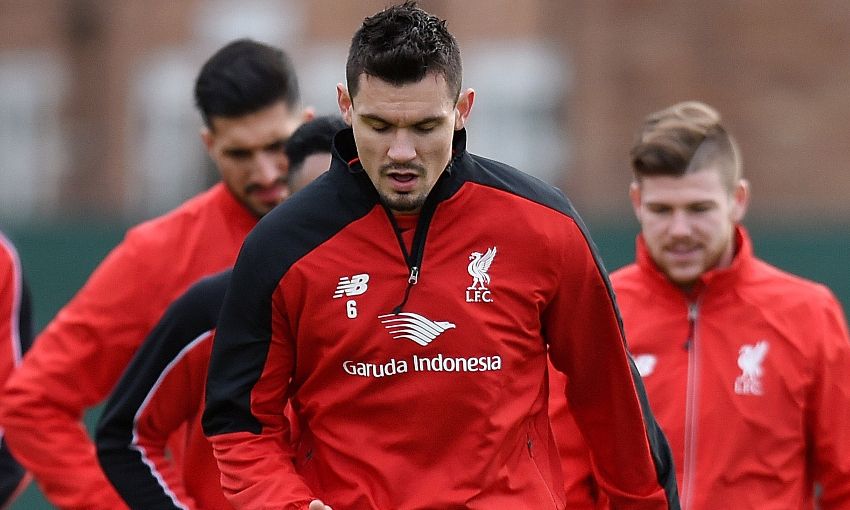 Jürgen Klopp has confirmed Liverpool will be without Martin Skrtel and James Milner for the clash with Leicester City on Boxing Day, but Simon Mignolet and Dejan Lovren are back in contention.

Skrtel sustained a hamstring injury during last Sunday’s defeat at Watford and is facing a spell on the sidelines which is set to rule him out of the festive period.

He’s joined by Milner, who also sat out the trip to Vicarage Road due to a calf problem and will remain on the treatment table when the Foxes visit Anfield on Saturday.

However, the Reds are able to welcome back Lovren and Mignolet into the squad following injury.

Klopp told his pre-match press conference: “Martin Skrtel is not too good. It’s a hamstring with a little bit of the tendon involved, so he needs time.

“We don’t know how long because Martin is a tough guy and usually he recovers quickly, but we can’t put pressure on this so we have to wait. It’s a few weeks, for sure – it’s really bad for us.

“Dejan Lovren is back in training. He’s trained now for two days in a row completely normally with the team. He is available for Saturday.

“Simon is back and trained normally today and will train normally tomorrow.

“[Milner has] no chance. Millie has a calf injury and nobody knows where it came from, it was not in a game. Now we have to wait. One or two weeks, I don’t know exactly. That is not too good for us, either.”

He said: “It is really bad for Jordan and for us too. It happened in Sion. It is similar injury to the one before – it’s a hamstring.

“He felt it after five minutes in the game. It is disappointing for him and that needs time too, really long time.”

Elsewhere, Klopp offered an update on the fitness of Daniel Sturridge, who is currently undergoing an intensive training programme in order to get him back into peak condition.

“Daniel [Sturridge] is still doing his little pre-season, in a good way,” said the boss.

“It is intensive training with him at this time. We will do this for I don’t know how many days – seven, eight, nine or 10 days training like this and then we will see what happens then.”

James Milner interview | 'It's good to be focused on football again'

James Milner: Fatigue cost us in the second half