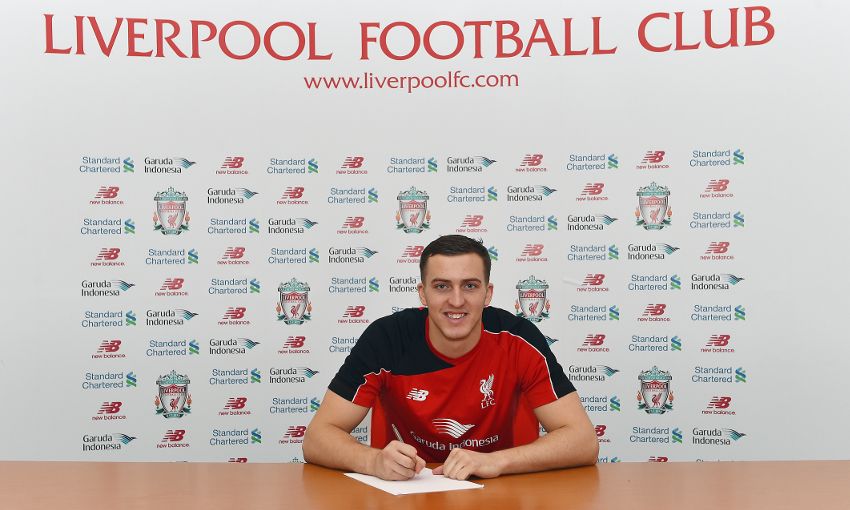 Ryan Fulton and Connor Randall have both committed their future to Liverpool today by signing new contracts with the club at Melwood.

Ahead of the Reds’ trip to Switzerland for a Europa League clash with FC Sion on Thursday night, the goalkeeper and defender put pen to paper on fresh deals.

Having been at the Academy since the age of six, right-back Randall made his senior debut in October – starting the Anfield victory over Bournemouth in the Capital One Cup.

Jürgen Klopp selected the 20-year-old again last week in the same competition as a place in the semi-finals was secured via a 6-1 thrashing of Southampton at St Mary’s.

Fulton is a regular between the posts for the U21s and has been named on the first-team bench twice to date as he awaits a maiden opportunity at the top level.

The stopper was part of the pre-season travelling squad to Thailand, Australia and Malaysia in the summer and consistently features in Melwood training sessions.

Randall told Liverpoolfc.com: “I’m obviously made up to sign a new deal, giving me the chance to stay here for longer, keep working, looking to improve under the manager.

“I’m delighted and very grateful. Since the first day you come in, that’s the goal. You want to get into the first team, be involved and around it.

“It’s a dream come true to be in the situation I am. To sign a contract today, I’m very pleased and grateful for the chance.”

Fulton said: “I’m absolutely buzzing and it’s great to have a bit more security and stay at a club like this and I will try to kick on from here now.

“I want to keep going and try to progress as much as I can. I’ve got the best chance of that here working with Simon [Mignolet], Adam [Bogdan] and John [Achterberg] and the rest of the players. The standard here is brilliant and it makes me better every day.”