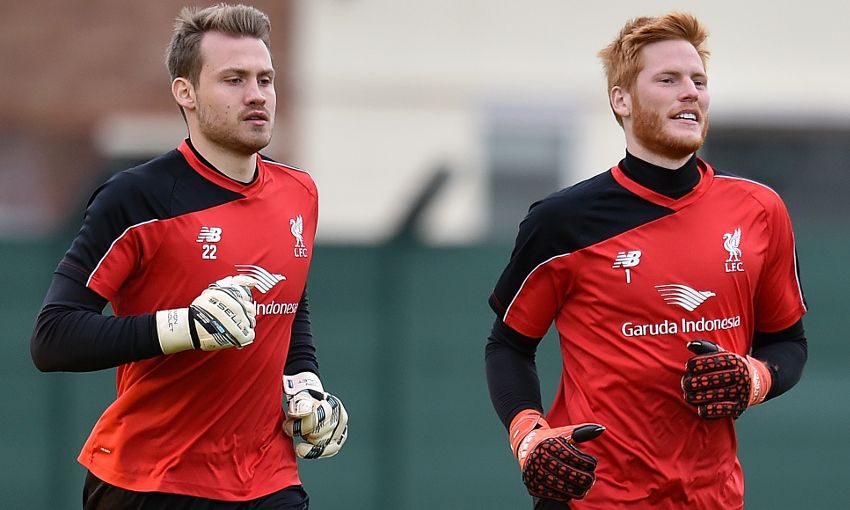 Jürgen Klopp today declared himself ‘absolutely satisfied’ with the goalkeeping options he has at his disposal and insisted Liverpool won’t be in the market to bolster his choices in that position in January.

As the boss confirmed Adam Bogdan could be given a run out in Wednesday’s Capital One Cup quarter-final at Southampton, he spoke of his contentment at the custodians he has to select from.

Klopp told reporters at his pre-match press conference: “I am absolutely satisfied with our goalkeeper situation – I am sorry to kill your stories about goalkeepers, German goalkeepers and different goalkeepers from wherever!

“We are not looking for another goalkeeper. We have enough high-quality goalkeepers.

“I’ve had a lot of goalkeepers in the last few years, and Simon Mignolet is one of the smartest I’ve ever had.

“He is young enough to develop, to improve. He had not the easiest of situations I think before I came here, but since I came here there is nothing to criticise – absolutely nothing.

“He is a good football player. With his legs and feet, everything is okay. Everyone is watching for a second Manuel Neuer or something like this, but he is in a real good way.

“The only thing we have to learn as a team is to give our goalkeepers the ball in the right situation and not hope they can play the final pass to make a goal or something like this.

“The goalkeeper situation until now is a comfortable one and I hope it stays like this. The general situation is very good and we are really lucky with our guys between the posts.”

Focusing on his team selection for Wednesday’s cup tie at St Mary’s, Klopp confirmed he would liaise with goalkeeping coach John Achterberg before deciding who to deploy between the sticks.

“I have to ask him [Achterberg] because I don’t know about things that happened in yesterday’s training and things like this," said the boss. "It could be that Adam will play, but we will think about this after the press conference.

“I don’t know who will play tomorrow, we have to talk about this. Maybe it is Adam Bogdan but if not then it is Simon Mignolet because [Ryan] Fulton played 90 minutes yesterday.”