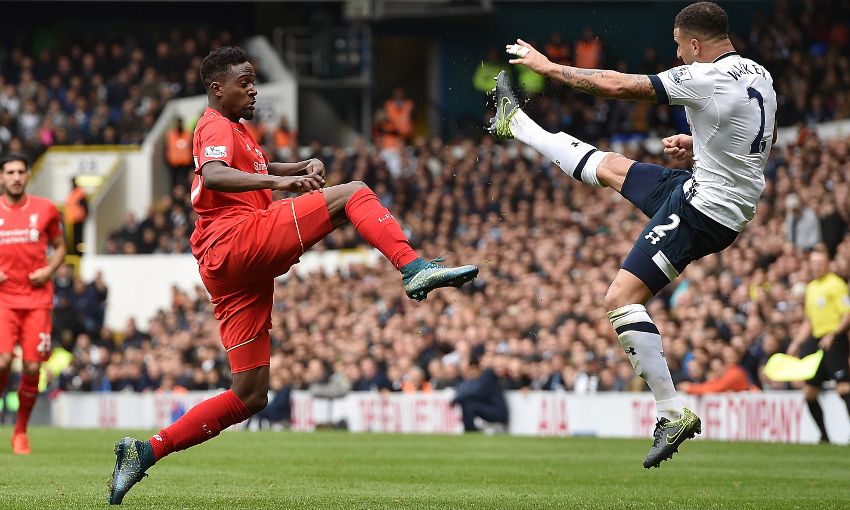 Divock Origi believes Liverpool's industrious performance against Tottenham Hotspur is evidence of the trust the squad have in new manager Jürgen Klopp.

Although the Reds could only take a point from White Hart Lane on Saturday afternoon, the enthusiasm of the visitors' defensive pressing provided plenty of cause for optimism.

Origi played his part in setting the tone for that relentless workrate, leading from the front in his first Barclays Premier League start.

And the Belgian revealed after the game that the 'strong feeling' transmitted by the boss helped engender the spirit required for such a tireless showing.

"[Klopp told us] just to play with passion and no fear. He believes in everybody - the young players, the old players, we're all here because we have quality," he told Liverpoolfc.com.

"We just have to work hard and trust him, and we all trust him so I think we can have a good season.

"When you look at the coach, he sends out a very strong feeling, a very powerful feeling. You can see it through the team.

"Today we had a lot of energy, we pressed, we played with a lot of joy.

"We are a very strong together as a club with the fans also, it's a very nice thing."

However, those absences provided an opportunity for Origi to impress, and the 20-year-old was unfortunate not to net when he saw a header come back off the crossbar early in the first half.

Overall, the young forward was pleased with his efforts against Mauricio Pochettino's men, and says he is sure goals will eventually follow as a natural consequence of putting in a shift.

"I work very hard and I tried to work hard for the team today," he continued.

"It's a new system and I was very excited, just a bit unlucky with the finishing but I'm sure it'll come.

"Everybody has encouraging words for me so I just have to continue like this and it will be okay.

"I feel for sorry for the boys that are out but I will just try to support the team and do my best.

"Everybody says that I have the qualities, I just have to work hard and the goals will come."