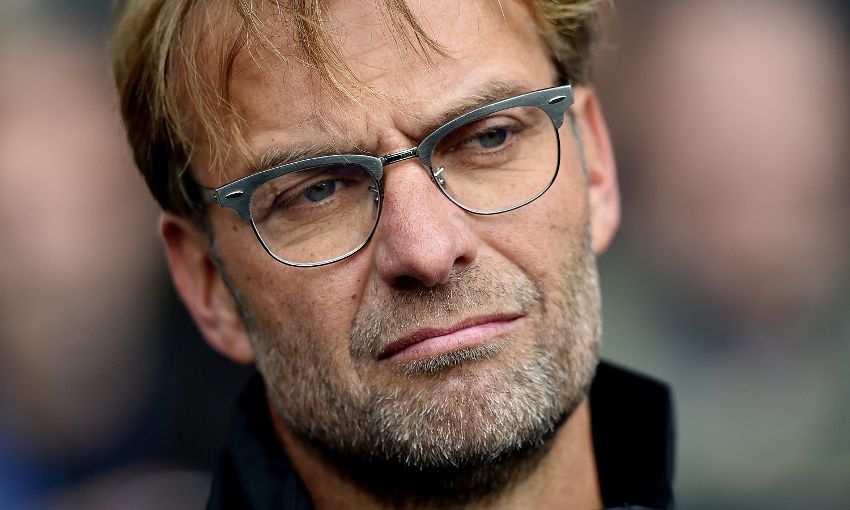 Jürgen Klopp declared himself satisfied with his maiden game as Liverpool manager after overseeing a goalless draw at Tottenham Hotspur on Saturday afternoon.

With the German taking the helm for the first time, the Reds picked up a point at White Hart Lane after a hard-fought contest.

Simon Mignolet needed to make several fine saves to thwart Spurs, but the visitors did go closest when Divock Origi’s header struck the crossbar in the opening exchanges.

Afterwards, Klopp told his post-match press conference: “I’m satisfied with the start and it was not the worst sign.

“I knew we only had three days and Tottenham are very strong, a well-tuned team, so I knew it could be difficult. But I’m really satisfied because the start was brilliant and we surprised them a little bit – we wanted to go on the second ball.

“Divock, Phil [Coutinho] and Adam [Lallana] worked perfectly in the three, good positions for them. They did well. The problem was that when we had the ball, we were not cool enough and we didn’t use our skills. We were a little bit too hectic. We didn’t see the right option, but it’s normal.

“We had our moments. From a very good corner we hit the post and there were some other situations where we could have been a little bit better, but for today it’s okay.

“Now we have our own game, our own experience, together and now we can go on working.”

The clean sheet achieved in north London was Liverpool’s first in nine matches - since a goalless draw at Arsenal on August 24, in fact.

“Football is a results sport, so we need results, but we have to try to improve,” he continued. “We have to try together, work together and do the things better that we want to see. That’s what we are doing at the moment.

“A nought on the right side [of the scoreline] is okay, for sure, but on the other side it doesn’t give you the same feeling.

“I know Liverpool have not scored the most goals this season, but football can be enjoyable and spectacular without goals if you play well and have good moments. Of course, our target is to have the nil on the right side and on the other side, another number!

“For the moment, it’s more important for development to become stable. We needed Mignolet and a very strong game from him [today], but we can make it better when we play better football. We are able to play better football but today, after three days [training], it is okay.”

Klopp had words of praise for Origi, who marked his first Barclays Premier League start with an encouraging performance in attack.

The manager revealed he had previously been interested in taking the young striker to Borussia Dortmund, and believes he has a bright future ahead of him at Anfield.

“I wanted to take him to Dortmund but Liverpool bought him,” explained Klopp. “He is a very good player.

“He is young, very fast, a good technician. At this moment, he’s not full of experience in the game because he hasn’t played so often, but we will have fun with this player, for sure.”

Meanwhile, journalists quizzed Klopp on the emotion of overseeing his first match in charge of Liverpool.

He replied: “It was good. It’s not important to talk too much about me, but of course it was my first match as a manager in the Premier League, coming with Liverpool to White Hart Lane, and we enjoyed it.

“We’re not here to enjoy it and once the whistle went at the start, we were in the game – but before, I tried to look at the things I’ve never seen before. Now we are in and working.”