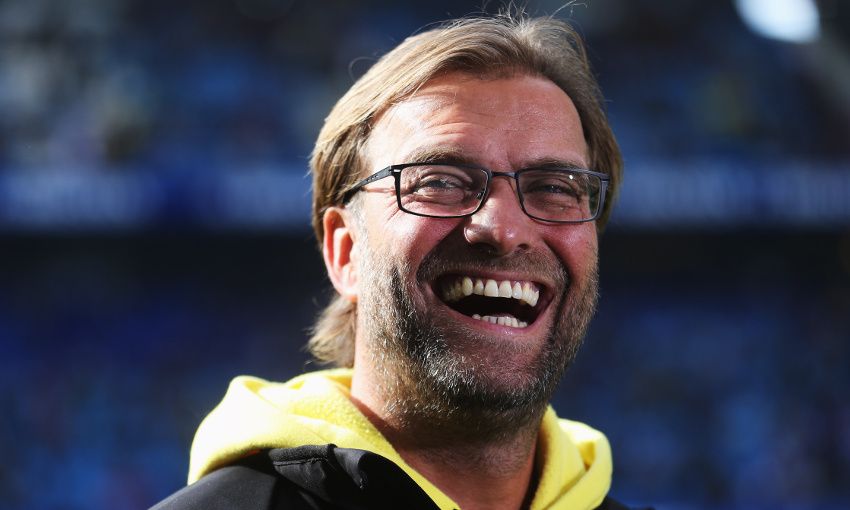 Jürgen Klopp arrives at Liverpool with a track record of managerial success and a reputation as one of the most forward-thinking coaches in the game.

The German's CV boasts two Bundesliga titles, a German Cup and a UEFA Champions League final appearance, all earned during a seven-year stint at Borussia Dortmund.

And now, after a short break from the game, he is set to bring his exciting brand of football to Anfield.

Klopp's journey as a player began - and in fact ended - with FSV Mainz, where he spent his entire career before retiring at 34.

As the man himself once admitted, he was not the most talented player in the world, but he found himself able to make up for any shortcomings thanks to a good understanding of the game.

"I never succeeded in bringing to the field what was going on in my brain," he said.

"I had the talent for the fifth division, and the mind for the Bundesliga. The result was a career in the second division."

This ability to apply his experience was evident in a positional move from striker to centre-half as his career progressed, and it resulted in more than 300 professional appearances.

It also proved to be the perfect preparation for a career in coaching, which began in 2001 when he hung up his boots and moved straight into the dugout of a club he had already given 11 years' service to.

Throughout Klopp's time as a player, and indeed Mainz's history, they had rarely troubled the upper echelons of German football - but he found himself in a position to change all that as the manager.

The Stuttgart-born boss ended a 41-year wait for Bundesliga football at the Stadion am Bruchweg when he oversaw promotion from the second tier in his third season in charge.

Three seasons in the top flight followed and, though Mainz eventually returned to the 2.Bundesliga, Klopp had already established himself as a coach of great repute.

As a result, it was little surprise to see Borussia Dortmund swoop in the summer of 2008 as they looked to bounce back from a 13th-placed finish the season before.

After steadying the ship and taking the Westfalenstadion side to sixth and fifth in his first and second seasons respectively, Klopp masterminded back-to-back Bundesliga title wins.

Those successes, allied to a German Cup win in 2011-12, helped to re-establish Dortmund among their country's elite, and by his fifth campaign at the helm Klopp was also proving himself capable in Europe.

In 2012-13, Dortmund reached the final of the Champions League, where they were defeated by rivals Bayern Munich, but a loss at the hands of better-resourced foes did the manager's reputation little harm.

That is largely because it was not just the achievements of his team that caught the eye but also the relentless pressing and attractive attacking football that underpinned those successes.

As Klopp explained: "What I love is not serenity football, it's fighting football - that's what I like.

"What we call in Germany ‘English football’ - rainy day, heavy pitch, everybody is dirty in the face and they go home and can't play football for the next four weeks."

Now he will look to apply that approach in its philosophical home of England, and specifically at Anfield.

Watch Jürgen Klopp's first Anfield game in style with one of our hospitality packages. Click here to find out more.

The story of Xherdan Shaqiri's career so far...