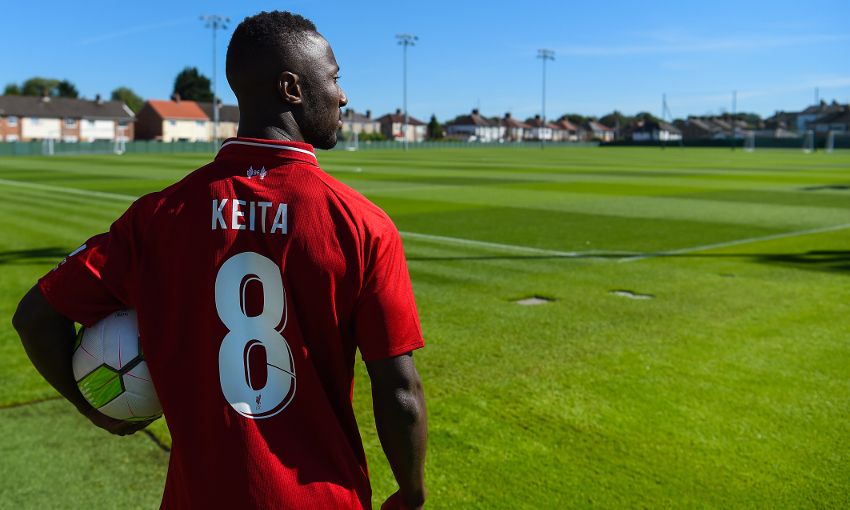 With Naby Keita set to seal a move to Liverpool FC on July 1, get to know the midfielder better with our profile of his career thus far.

Keita was born and raised in Koleya, a district of Guinea's capital Conakry situated toward the tip of the Kaloum Peninsula, which juts out into the Atlantic Ocean on the country's western edge.

But even before the young midfielder had reached the first team with his hometown side, it became clear he needed to spread his wings and follow the well-trodden path to French football in order to make the most of his ability.

At the age of 16, Keita headed to Europe for trials with the likes of Lorient and Le Mans, suffering rejection from both before a chance recommendation to then-Ligue 2 outfit Istres went a long way to changing his life.

The southern French club took a chance on the diminutive midfielder and he wasted little time showing why, scoring in a 4-2 debut win over Nimes.

Keita's first season in France ended in Istres' relegation to the third tier but the teenager's performances had caught the eye of former France and Liverpool boss Gerard Houllier who, in his role as head of global football for Red Bull, suggested the brand's Salzburg club make a move.

Now a senior international, 2014-15 was the season that the Guinean midfielder truly announced himself as one of European football's biggest young talents.

He also made a new friend in future Reds teammate Sadio Mane - their time in Salzburg overlapping by a matter of months.

Of the Senegalese, Keita said: "At first, I wasn’t starting and it was very frustrating. I didn’t like it and it made the settling-in period harder. But Sadio said: ‘My little brother, stay calm. Your chance will come and when it does, you will make the most of it.’"

Having flourished during his two seasons in Austria, it was time for the midfielder to make another step up with Salzburg's sister club in Leipzig but, in typical fashion, he was not overawed by the challenge of the German Bundesliga.

Eight goals in 31 league appearances later and Liverpool had seen enough of the Guinean to know he would be an ideal addition to their midfield.

Although a deal could not be struck for the transfer of Keita in the summer of 2017, the Reds secured an agreement that would see him make the switch to Anfield a year later.

Now, after a season punctuated by yet more impressive performances, Keita is ready to take his next step under Jürgen Klopp.