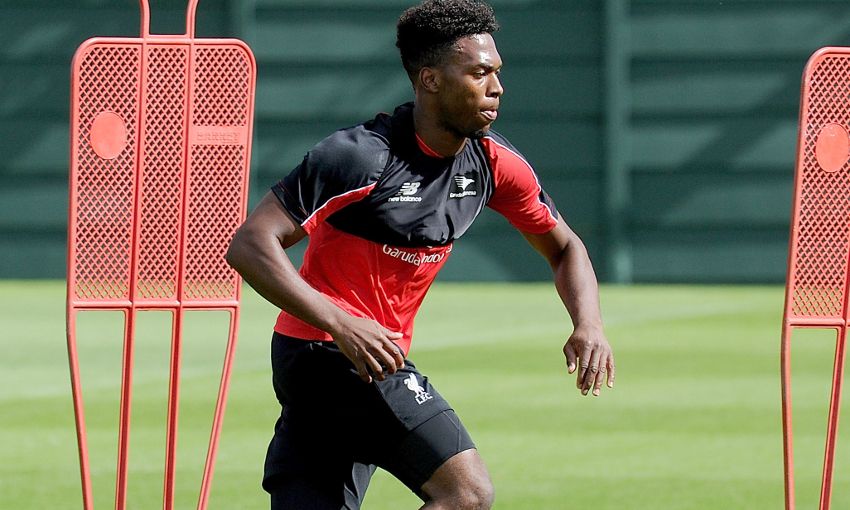 Liverpool won't rush Daniel Sturridge back to action, insists Brendan Rodgers, after the striker returned to Melwood to continue his rehabilitation this week.

The 25-year-old has been out on the training pitch again following an extended period in the United States to build up his fitness ahead of a return.

Sturridge will now be afforded time to reach an appropriate level before Rodgers considers selecting the No.15 for a matchday squad.

The manager explained: “There’s no timeline on Daniel. He has obviously been away working in America.

“He has come back and it’s just about him working hard now to get somewhere near the level of the group. There’s no time on it.

“He came back and looks well – he’s really excited and happy to be back among his teammates. We’ll just have to take that week on week, rather than put any sort of pressure on a time for him.”

Rodgers expects to be choosing his XI to face West Ham United tomorrow from the same pool of players that were available for Monday’s goalless draw at Arsenal.

“No great changes from the squad that was in place for the last game,” was his assessment.

Lucas Leiva was one of three players brought into the line-up that performed so impressively at the Emirates.

Asked about the midfielder’s influence, the boss said: “He came in the other night and did very well.

“He has good experience, can press the game well and understands that role as well as anyone. I thought his performance level was excellent.”