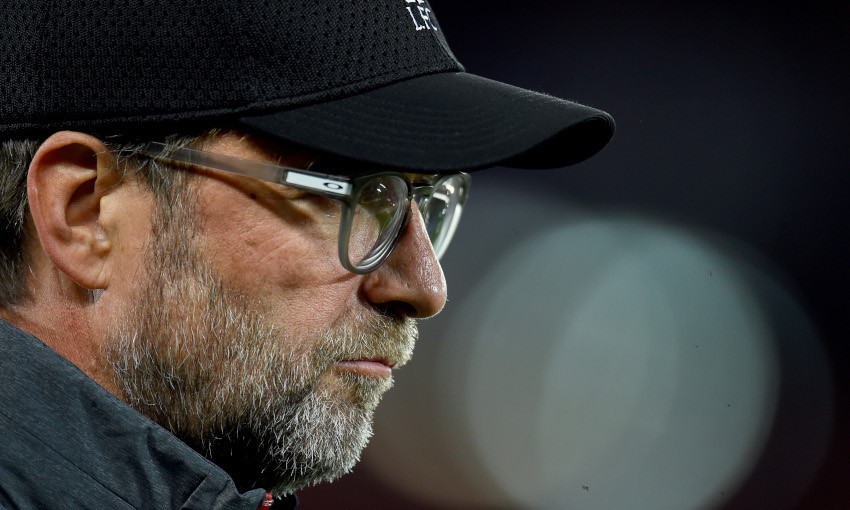 Jürgen Klopp believes Brendan Rodgers is set for a warm reception upon his first return to Anfield as an opposition manager, but insists Leicester City will ensure it is 'not a friendly game' as they aim to pose a stern test of Liverpool’s 100 per cent start to the Premier League season.

Almost four years to the day since departing from the Reds’ helm, the Northern Irishman will bring his high-flying Foxes to Merseyside for a top-of-the-table encounter.

Klopp’s side sit top of the standings having won all of their seven matches in the league so far this term – a run that stretches to 16 going back into 2018-19.

Nevertheless, the manager is well aware of the threat Leicester will present as they aim to bolster their own ambitions for this term.

“He is doing really well – and to be honest, I am not surprised about that,” Klopp told reporters at his pre-match press conference on Friday, when asked about Rodgers' impact.

“I knew when I came here that he was not the reason that things did not work out. Since then he has done an incredible job at Celtic and now at Leicester.

“A lot of players were in before him and are still there, but [he has made] good signings as well, really good signings, and a brilliant team. What they do is really good.

“I don’t have to say that because I think everybody knows it in the moment when you watch the Leicester games, it is just exciting, they are fresh, they are good. Just good.

“They defend well, play football and especially [their] counter-attacks are pretty threatening. The reception will be good, from my side and from the supporters as well, but still it is not a friendly game and that’s what we want to make sure.

“We are there to perform as well and hopefully that’s what we will do.”

Leicester head into the weekend on the back of a 5-0 victory over Newcastle United at the King Power Stadium last Sunday – a result which has placed them third in the table.

Asked whether the Foxes had the potential to challenge for a spot in the top four this season, Klopp replied: “It looks like, 100 per cent. It looks like.

“There is no difference to other top-six teams apart from maybe the name. But this is for sure the second-best year they will have played in the last few years.

“You can see it is built from the back. The goalie is still there, there is no doubt about him, the defence looks really solid in each position. The midfield is creative, hard-working, offensively very creative and very straightforward as well. That’s how you build a team and he has options, can make changes.

“Maddison was not fit for the last game, so Praet played and I’ve known him for a long time since he played for Anderlecht; a really, really good player. Then Ndidi… it is really built like you want to build a team. It’s just good. What can I say? Of course, it is not forbidden to show up in the top four, there are no reservations made and everyone who is ready for that will fight for it. And they will fight for it until the end.”

If Liverpool are to extend their winning run, Klopp knows nullifying the considerable threat of Jamie Vardy could be key.

The striker has scored seven times in nine appearances against the Reds and already has five in the Premier League so far this season for Leicester.

Klopp smiled: “It feels like if someone would now shoot a ball behind me Vardy would be there! He is always over your shoulder! He is just good.

“It is not his only skill, but he is looking for these situations; he wants them and he gets them. As always in football, we have to make sure these situations don’t happen that often. It means have the ball, keep the ball and pass the ball is one thing, lose the ball, win it back immediately and know about what they are doing.

“But they are not [just] like this, they are much more flexible. It is not like the first ball now will always be in behind immediately. They have two good players in between, the counter-attacks are different to the past. I remember in the year when Leicester became champions, when we played there we were pretty good but there was one ball and he [Vardy] took it on the half-volley and it was in. If he scores goals like this, it is difficult to defend him.

“In general he is an incredible player, for years already, and if he gets the service he will be a proper threat and we have to make sure that will not happen that often. It works in the first place to avoid these passes.

“We know about his speed obviously, but it is more about timing, so we need to be in the right place at the right moment to defend him. There is no alternative to that.”