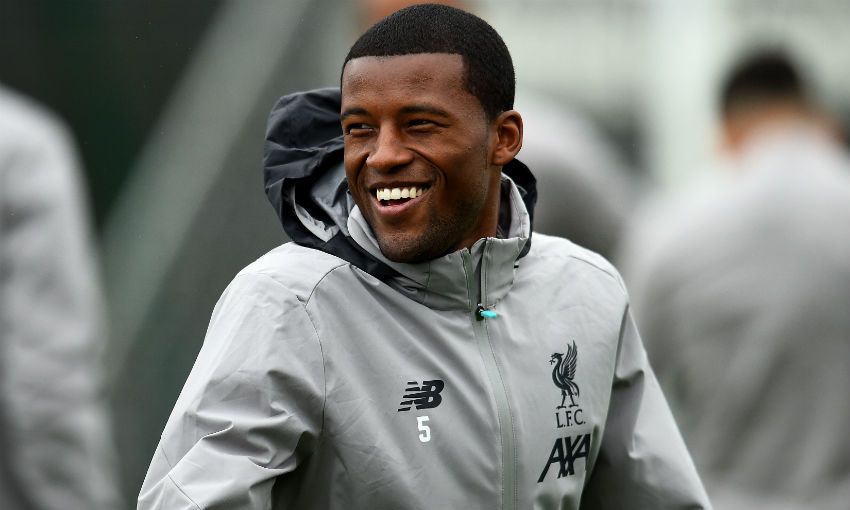 Georginio Wijnaldum is expecting a Leicester City team full of confidence to arrive at Anfield on Saturday afternoon for a challenging Premier League clash.

Table-topping Liverpool welcome the third-placed Foxes to L4 as Jürgen Klopp's men look to carry their unbeaten start to the campaign into the second international break.

Only the Reds and Manchester City have amassed more points than Leicester in the period following Brendan Rodgers' appointment back in February.

But the champions of Europe are unbeaten at home in the top flight since April 2017 – a run Wijnaldum attributes to the passionate support from the stands.

Read on below for the midfielder's preview of the game... 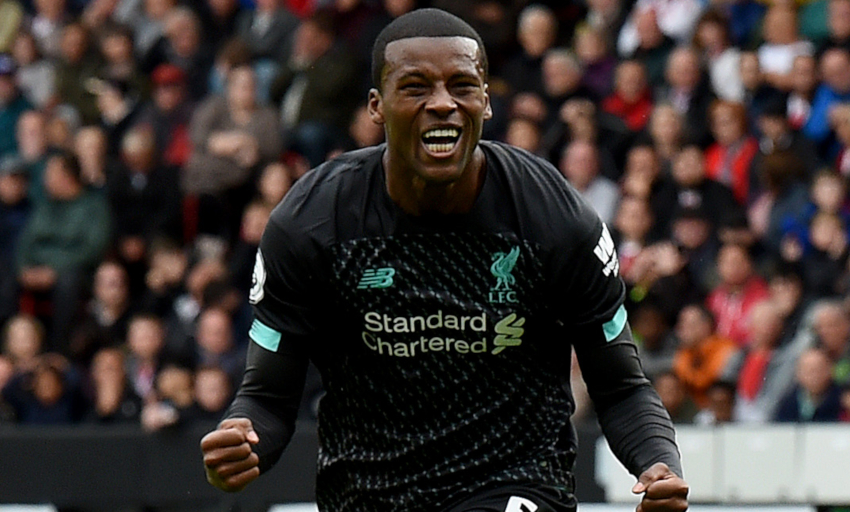 Gini, it's the final game before the international break. How important would it be to still have this 100 per cent start in mid-October?

Really important. I think every win you can have is an important one, it gives confidence and confidence will stay. It's good for the following games.

Have even you maybe been a bit surprised at the team's start? Seven wins from seven and five points clear at the top of the table already...

Not really surprised, I knew we could do it, but if it is really going to happen you always have to wait. Especially in the beginning of the season, you're not at your best because you need a lot of games to improve and normally you grow during the season. So it's always good if you can collect a lot of points at the moment you're not at your best. I knew before that we could do it, but you always have to see if you're going to do it.

How much does it please you that Liverpool seem to be able to win in lots of different ways?

It pleases everyone. We're happy and even more happy when we win difficult games because, as you see, we give everything to win games. If you then succeed to win it, it satisfies you a lot.

You've been playing three games a week consistently now and will be doing so until the next international break. How are the squad finding the demands?

It's hard but we all enjoy it because it means that you play for something in the highest level. We just take it for what it is and try to enjoy it. That's what we did until now.

Leicester City, then, are third in the table. How impressed have you been by their start to the season?

It's a really impressive start but I think they already showed they are capable of doing what they are doing right now. Since I'm in England, they did quite well. They had a difficult season after they became champions but I think even then they did quite well in the Champions League. They always do good, so I'm not really surprised that they stand where they are right now. I expect that it's going to be a really good, difficult game.

Until now, the games we played against them since I'm at Liverpool were always difficult. Last season, when we played them at home, even after they went 1-0 down they still stayed in the game, created chances and even scored. We played a draw, so they will come with a lot of confidence here and try to win the game.

They were obviously one of two teams that came to Anfield last season and picked up a point. Is that maybe further motivation for you as you look to improve on last season?

I think for both teams it's motivation. I think it can be motivation for them because they showed it last season. And for us, it's to win this game. It's always motivation for us to win a game at Anfield, not because it's Leicester City and we dropped points against them last season. We just try to do it against every team. But they are in a good moment and it would be good also for us if we can win that game.

It's at Anfield, though, and you haven't lost here for what seems like an age. Just how have you turned this place into a fortress?

Just hard work and everything. I have to say, the fans play a really big part in the results that we have at Anfield. I think they show that when it's difficult in the game they sing even harder and try to help the team go forward. If you defend well they show you that they appreciate what we are doing. So that gives a lot of confidence. They are a big part of us having this unbeaten run at Anfield.