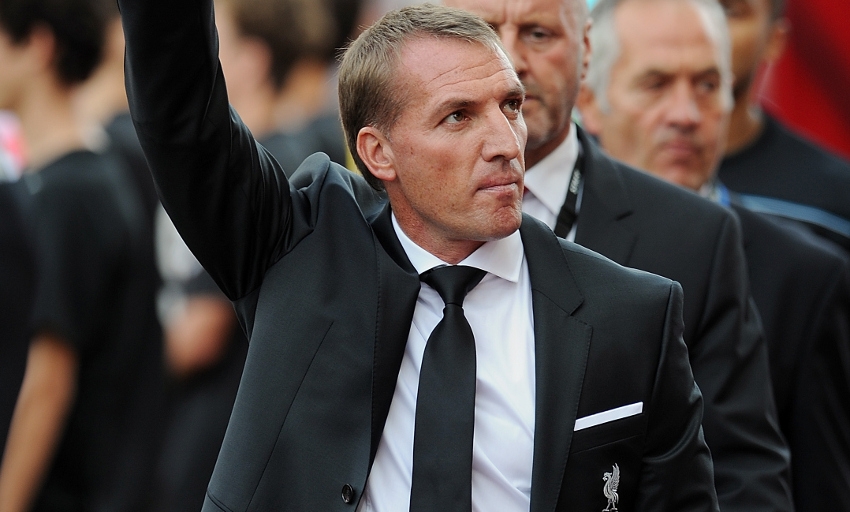 Brendan Rodgers was effusive in his praise as he reflected on Philippe Coutinho’s stunning late winner at Stoke City on Sunday – but admitted he was close to substituting the Brazilian.

The No.10 ensured the Reds began the 2015-16 season with a 1-0 victory after he netted with a long-range strike with just four minutes remaining at the Britannia Stadium.

However, afterwards Rodgers confessed Coutinho – who played just one pre-season game due to his late return to Melwood after starring in the Copa America - was set to be replaced by Danny Ings as the visitors looked to press home for a winner.

The manager explained: “I was very close to taking him off. We felt towards the end of the game, in the last 15 minutes, Glen Johnson had started to get a little bit of space on the left side and we’d moved Phil out from the central area onto the left.

“But we still wanted to win the game, so we were looking at making a positive change – so he was going to come off and we were going to put Danny Ings on.

“But when you score the goal, your mind changes. I’m glad I kept him on!"

Rodgers added: “I think he’s shown his quality for such a young player. He’s only been back three weeks in training, so he’s not at the top of his fitness.

The moment sparked wild scenes of celebration among the travelling Liverpool supporters, who serenaded Coutinho off the pitch following the full-time whistle.

“It was definitely one for them,” said Rodgers. “I think you saw the happiness at the end. They can be proud when they drive back home tonight.

“The supporters at this club, the minimum they want to see is effort and commitment - they’ve seen that [today] and I think they’ll be proud of the team. It was a great victory for us and now we can look forward to the Bournemouth game.”

The boss also took satisfaction from the contributions of the summer signings who made their first competitive appearances for Liverpool in Stoke, with four starting the game and Roberto Firmino coming on as a substitute.

“The players that we brought in have that character,” Rodgers continued.

“Look at Benteke up front; people talk about him only being a player that can play off a long ball, but you saw his quality today – his set-up of the game, his movement, his strength, his power and that ability in the air. Of course you should have that at 6ft4, but he was outstanding today.

“Young Joe Gomez, at 18 years of age, playing against a really good player in Jonathan Walters, I thought he handled it and as the game wore on he became even stronger.

“Nathaniel Clyne has been outstanding since he came in, James Milner with that experience.

“And the boys that were on the bench and came on, Firmino and the other guys, have all settled in really well. It’s a team that certainly has that personality, but of course you’ve got to show it in the game and they did that.”

Liverpool’s performance stood in stark contrast to the display that led to a 6-1 defeat at the same venue on the final day of last season.

Exactly 11 weeks on, the Northern Irishman’s side had restored the work ethic, determination and quality that he admitted was lacking on their previous visit.

Rodgers reflected: “It was a one-off game, I said that beforehand. It was a unique game really, there was nothing that epitomised any of the teams that I’ve had here at Liverpool over the three years.

“I knew it was a one-off but it still happened and you have to be better and be more resolute.

“That was our work over the course of pre-season, making sure that our defensive organisation as a team and pressing was better. We know we have the quality to win. It was a very good victory for us.

“It’s always difficult when you come to Stoke, it’s never an easy game here. To get a win and perform on the back of where we were 11 weeks ago, I thought it was an outstanding collective performance.

“Defensively we were strong; we knew we would have to defend well. But then we know we’ve got the quality to win a game. I was really pleased with the performance and it certainly feels better than 11 weeks ago.”

Watch the Reds in style v Bournemouth with our great hospitality packages. Click here to find out more.

Inside training: Rondos with Salah and co at Melwood

Melwood on Thursday: 26 photos as Reds gear up for Stoke