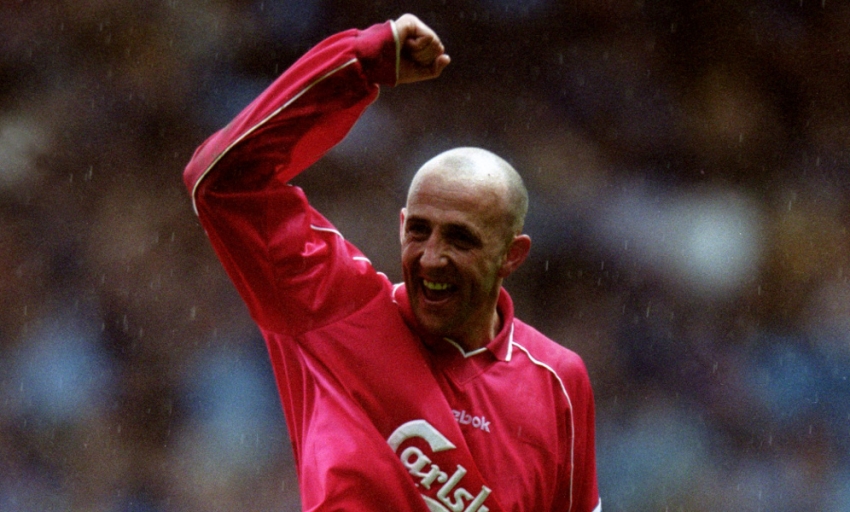 Gary McAllister begins a new chapter of his Liverpool story after taking up the role of first-team coach over a decade on from his departure as player.

There will be no late derby winners or famous European goals this time around, with the Scot now focused on making an impact at Melwood rather than Anfield.

But McAllister already has form for improving players at the Reds' training ground, according to one former colleague.

Steven Gerrard was a fresh-faced 20-year-old fighting for a place in the first team when Gary joined the club from Coventry City in the summer of 2000.

And he has revealed just how much he learned from the former Scotland midfielder after overcoming the fear that he was set to take his starting berth.

Gerrard recalled: "I was devastated to be honest. I was thinking he’s going to come and take my place and I wasn’t going to play so my initial reaction was another top international midfielder to fight with.

"So it made my job an awful lot harder but when I first met him and trained with him my reaction changed because I knew he was going to help me an awful lot.

"I knew there was a player there that I could learn off both on and off the pitch. He took a shine to me and helped me a lot to progress as a footballer on the pitch but also how to be humble and be a decent person off it.

Despite McAllister only spending two years with the Reds in his first stint, he is considered a legendary figure in the club's history for his role in the treble-winning 2000-01 campaign.

Gerrard admits he did not anticipate just how big an impression Gary would make, but believes the midfielder's professional approach was the key to his success.

"Maybe even him himself didn’t realise it was going to go so well - it was like a dream for him.

"Everything he touched sort of turned to gold in the short time that he was here.

"But that was a credit to how well he looked after himself, how hard he trained and the sacrifices he made while he was here – I thought he was fantastic."

In fact, the former skipper's only regret is that Liverpool did not move for McAllister earlier in his career.

"I think the fans opinion on it is the same as mine, that Liverpool were probably eight-ten years too late buying him," he continued.

"I think if we’d have bought Gary at a young age when he was shining at Leeds, we’d of had a top player here for ten years rather than a couple.

"But it wasn’t to be, but Gary McAllister was a Liverpool player for sure.

"He was a top footballer who could pass and move. He had great vision, a lovely touch and as I say to you, all the top midfielders are one or two steps ahead of most on the pitch.

"You look at Scholes, Lampard - those type of players - and Gary’s in that mould where he was very clever."