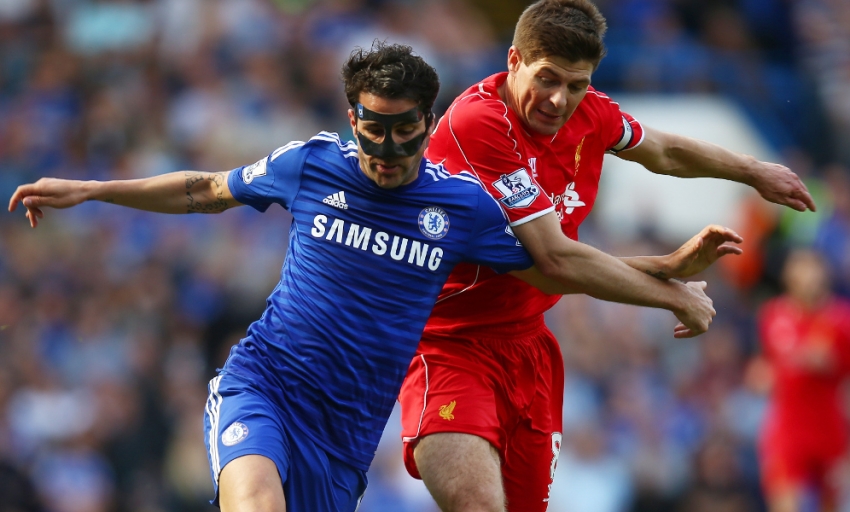 Adam Lallana insists it will take a collective effort from the entire Liverpool squad to fill the void Steven Gerrard is set to leave when he departs the club later this month.

The captain nodded an equaliser on the cusp of half-time to cancel out John Terry's opener as the Reds played out a 1-1 stalemate against Chelsea at Stamford Bridge on Sunday afternoon.

It was the second consecutive game in which Gerrard, who will join LA Galaxy at the end of the season, has had an important say in proceedings, after the skipper nodded a winner against Queens Park Rangers last weekend.

Lallana insists Gerrard's intervention to secure a point against Chelsea was another timely reminder of what the club will miss next campaign - and has vowed to help his teammates step up in the 34-year-old's absence.

"He's come up with a goal here today - something he's done his entire career," Lallana told Liverpoolfc.com following the final whistle at Stamford Bridge. "I don't think the Premier League or Liverpool realise what we're going to miss out on next season.

"I feel we're all going to have to give an extra percentage [to fill the gap]. We all need to dig in and work hard because he is irreplaceable, really.

"I feel the best way to replace him is not just through one certain individual; it's going to be a combination of every single player. He's proved today and last week [against QPR], coming up with a goal, what a man he is and what a player he is for this club."

The draw at Chelsea, however, all but ended Liverpool's hopes of qualifying for next season's Champions League, leaving the Reds six points behind Manchester United in the table with two games remaining.

"We want to take six points from our remaining games," said Lallana. "We gradually grew into the game today and it was a lot better second half. We got into good areas. It kind of sums our season up - we've not been clinical enough in front of goal, we've not taken our chances.

"We got a point out of the game, but it was never enough, really. We needed the three points, so we're disappointed."

Meanwhile, there was a Barclays Premier League debut for Jerome Sinclair, the Academy starlet who made his first - and only - first-team appearance prior to yesterday back in September 2012.

The 18-year-old was introduced in the 68th minute of play to replace Rickie Lambert - and afterwards, Lallana admitted to being impressed by the youngster's recent progress at Melwood.

"He had a loan spell [at Wigan Athletic] and the manager has shown faith in his young players," said the 27-year-old.

"[Jerome] is a massive talent and I was delighted for him to get his minutes on the pitch today and I'm sure we'll see a lot more of him."