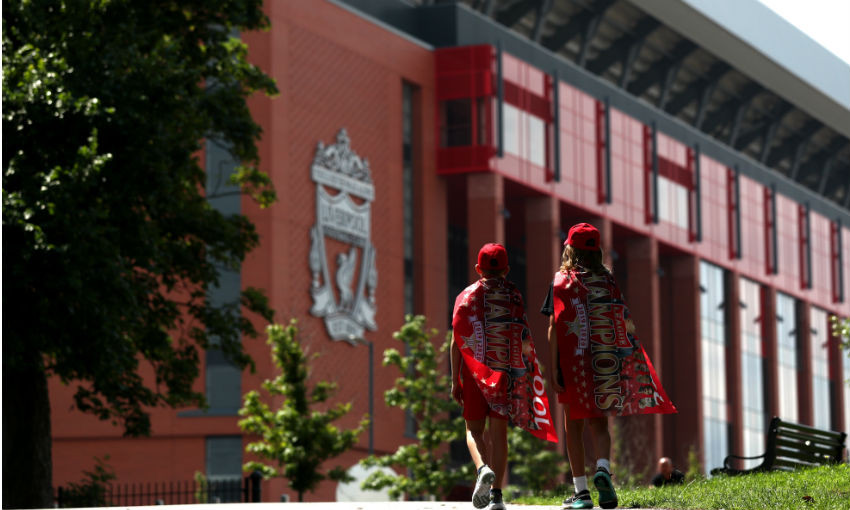 Being a Liverpool supporter is a communal experience - hence ‘unity is strength’ and Bill Shankly’s ‘big society’ on the Kop - but it can also be an intensely personal one.

Is it more meaningful for those who have never experienced it in their lifetime, or for those who came to see the title ‘champions of England’ almost as a birthright in the 70s and 80s, only to be weened off it in the following three decades?

Or is it all part of the same rich tapestry? Liverpoolfc.com spoke to two fans from the former group and two from the latter for their take on that and all the other pertinent issues surrounding the Reds’ momentous achievement.

On the emotion of Thursday night…

Just after half-time I went for a walk. I came back in about 10 minutes before the end, looked at my phone and saw that Chelsea were winning 2-1. We had already arranged with our son that he was going to FaceTime us if it was a favourable score, so about five minutes before the final whistle we did that and had a synchronised opening of champagne on the final whistle! Myself, my wife and my daughter here, our son down in London. For my son and daughter it was their first time seeing us win it, so it was special for them. And for my wife and I - we’re both season ticket holders, she’s 60, I’m 66 - we didn’t think we were ever going to see it again. I didn’t care where we won it, whether we did it at Anfield or playing away, whether we won it without even playing - I just wanted to get it over the line. I don’t mind saying that I shed a tear.

I watched it with my wife. As soon as it went 2-1, my phone went mad. Then it happened - we were champions, just like that. Fireworks started going off locally, people started to emanate from all the houses on the street, kids were being held aloft… It was all very surreal, and punctuated with about 50 phone calls to friends and family. I’m still riding high about it now. In terms of emotion, it was relief and disbelief. All that time you know you’re going to win it, but knowing it and seeing it happen are poles apart. I really wasn’t expecting to be as emotional as I was.

I watched on from a ‘far foreign land’ [Doha] with my girlfriend as the moment finally arrived. I felt as if I was dreaming and couldn’t compute what was now reality. Within moments I was on FaceTime to various family and friends who were equally ecstatic, and although I was slightly sad at not being home to share in the celebrations, the overriding feeling was one of elation and relief. Hopefully this title win and the circumstances surrounding it make Liverpool doubly determined to win it again next season and - from a selfish point of view - I’ll be there to witness it this time!

What it means to the pre-1990 generation…

It’s a tricky one, because you almost became blase in the 70s and 80s. I think this one is special... we were 25 points behind Manchester City two seasons ago, one point behind them last year, and now we’re 23 ahead of them - what a turnaround. So this title will always be remembered for that, not only because of the football played but because of the challenge the team has had to overcome.

It feels like the culmination of a life’s effort, in pursuit of a dream you desired more than anything. It’s the biggest event of my life as a Liverpool fan, without any doubt. Now my generation can say we’ve seen it all, and I can’t wait to bore any kids and grandkids that come along about how great this side was!

In a weird way it feels like the pay-off of all the near misses. 2002, 2009, 2014, last season - those are the four times in my match-going, adult life where the thought has entered my mind that we could win it, that this could be the year. That’s undeniably the biggest thing for me, righting all of those wrongs. People of my generation had seen us win literally everything apart from the league, so it feels like we’ve completed the set and finally we are at the same level as my dad or my uncle, all those other fans who have historically seen us dominate. We can tell later generations that this was our Liverpool team, the one that became champions of England, Europe and the world in just over 12 months. 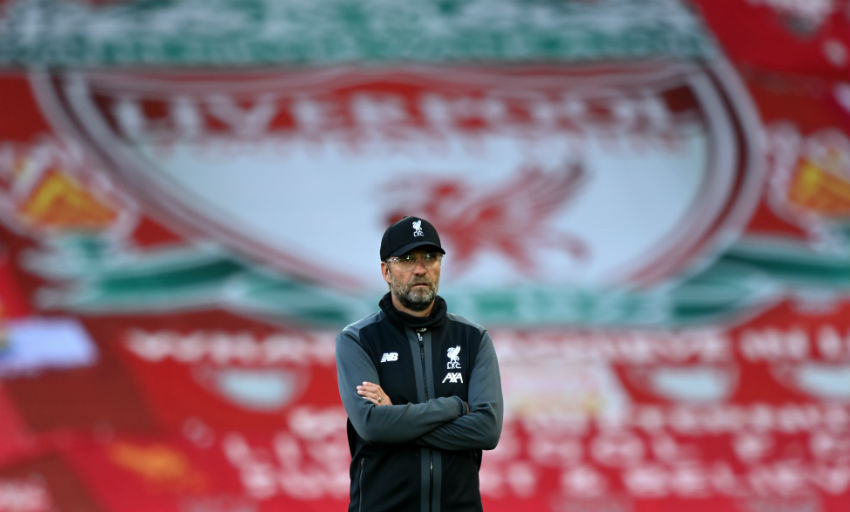 On growing up as a Liverpool fan in the 90s…

On one hand I used to love going to the match with my uncles and asking them about particular seasons past and their favourite title wins. The same goes for both of my grandads; I’d spend many a visit to their houses talking about nothing but the Reds for hours on end. That said it always made me feel like I’d missed out on the glory years, and I was desperate for just a little taste of what it felt like to be champions of England.

I think my first game was ’93 or ’94, QPR at home, and the difference then was, we’d won the league in recent memory. There was always this feeling: 'Well, it’s a bit of a blip and we’ll be back to winning it sooner rather than later.' I think losing the FA Cup final in ’96 was a bit of a realisation moment as a young kid. I go now with my dad and my uncle, but all my memories as a kid were going with my dad and my grandad. They were great, not in terms of romanticising the past, but going into great detail about what it was like, and how you could be disappointed one year but just knew that you’d come back and win it next year.

On those near misses and whether hope was ever lost…

I never imagined the last time we won the league that it would take another 30 years. We were spoiled. Last year has got to be the worst ever, coming so close with a record number of points that would have won us the league in any other season.

With hindsight 2009 was never enjoyable due to what was going on off the pitch around that time. 2014, however, was such a thrill-a-minute rollercoaster. I look back on it fondly even though the ending left me devastated, and there’s video footage from the Crystal Palace game to prove that sadly… Coming into this season I’ll admit I had my doubts as to whether we could take the next step. Apologies - once bitten, twice shy and all that.

I have two highlights really. Leicester City on Boxing Day - they were second at the time and we just shredded them. Secondly, no-one wanted to say anything until then, but that Manchester United game in January, when [Mohamed] Salah’s goal went in, there was such an outpouring of emotion: ‘We’re gonna win the league!’

It was a real ‘I was there’ moment. The sheer spontaneity of it, with that second goal, finally everyone just looked round at each other and said, ‘Come on, let’s stop saying we’re jinxing it, let’s stop pretending.’ We’ve all become so battle-hardened and seemingly media-trained over the years, echoing what the players say about one game at a time. Half an hour afterwards when the dust settled you were expecting everyone to say: ‘Yeah, but of course there’s a lot of football to play.’  But no-one backtracked.

That just confirmed why they are champions. I was at the famous 5-0 win over Nottingham Forest in 1988, and this was equal to it, the football played from start to finish was unbelievable. To see the flags and banners was really touching. A lot of people came together to do that - the Spirit of Shankly, Spion Kop 1906, Peter Carney. There were lots of flags I recognised from my days following the club around, Ste Monaghan’s Halewood one, ‘Leather Bottle’, ones like that. Every single age was catered for with old flags and fairly recent ones. It’s a wonderful way of merging the older support with the new, and it genuinely made it feel like there were people there. It felt like the Kop was still, in effect, live.

In October 2018, Jack McLoughlin sadly passed away too young and too soon. He was a huge character in the group I used to travel with on coaches to away games and the three key elements of his life were music, trainers and above all else Liverpool FC. There was never a dull moment with him around and many a long trip passed by with Macca singing a guilty pleasure song or giving out plenty of stick to those who were in the firing line. If he was still here I’m of no doubt that he’d be unable to contain his excitement, which is why when the title is lifted I’m pretty certain Jack Mc will be in the thoughts of a lot of people who held him close to their hearts.

When it happened, I couldn’t stop thinking about going to the game with my grandads, both of whom have now passed away. I couldn’t be any prouder to support this team, it has given me everything as a fan and I’m immeasurably lucky to have been born here and to grow up following this club and going to the games.

In depth | The tactics that made Liverpool Premier League champions