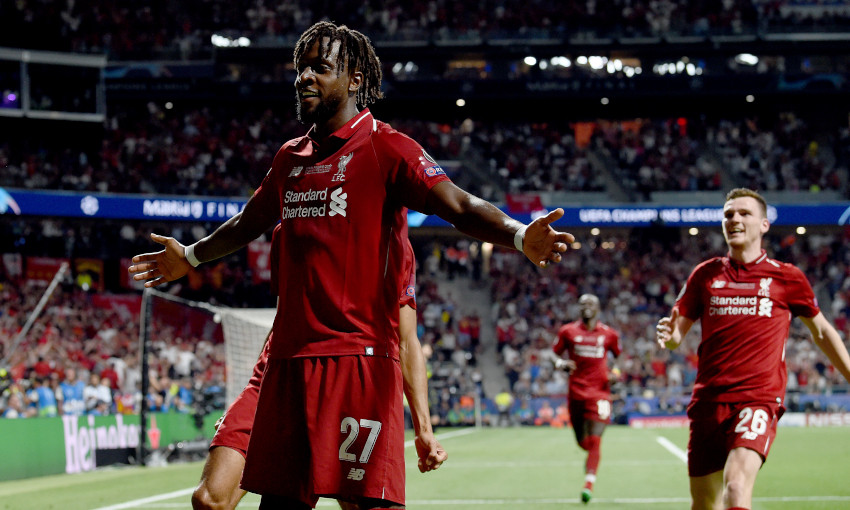 Divock Origi scored one of the most important goals by a substitute in Liverpool history a year ago today.

Off the bench in the 2019 Champions League final against Tottenham Hotspur, with the Reds narrowly 1-0 up, the Belgian was given a glimpse of the net on 87 minutes.

After a touch to set himself, Origi slammed a low left-footer into the bottom corner, prompting joyous celebrations and ensuring a sixth European Cup for the club.

It was far from the first time the No.27 had made a memorable impact as a substitute; indeed, Origi has made a habit of it since joining Liverpool.

But where exactly does he rank, statistically, among the Reds' super subs?

To mark the anniversary of his iconic finish at Estadio Metropolitano, we took a look at the numbers...

Unsurprisingly, the man who became known as 'Supersub' sits atop this list - and by some distance, too.

Fairclough was on target 18 times as a substitute across his eight years in the Liverpool team, accounting for a third of his total strikes for the club.

His most famous contribution from the bench was, of course, the tie-winning finish against Saint-Etienne in March 1977 that maintained the Reds' course to a first ever European Cup triumph. 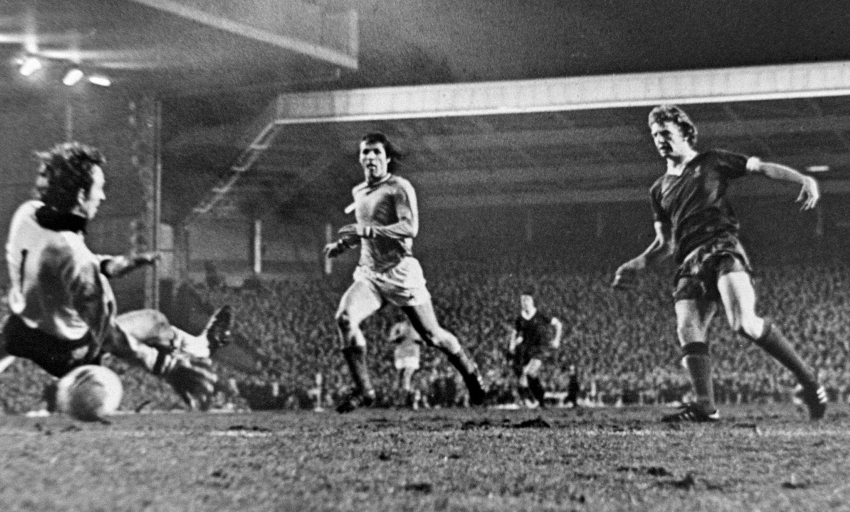 But Fairclough's haul also included a stunning solo goal to win the Merseyside derby at Anfield the previous season, the striker slaloming the length of the Everton half before finding the net.

Sturridge is Liverpool's most prolific substitute of the modern era, with the England international scoring on 13 occasions from the bench during his six-and-a-half years at Anfield.

His collection began with a consolation at Old Trafford and also featured a memorable 89th-minute equaliser, via his head, at Goodison Park in November 2013.

The striker's best intervention was almost certainly his last, however - a remarkable, long-range swerver to rescue a point against former club Chelsea in September 2018.

More than half of Babel's goals for Liverpool came in substitute appearances, including two braces off the bench by the Dutch attacker.

There was a victory-sealing finish at the Kop end when the Reds eventually saw off Arsenal in a Champions League thriller at Anfield in 2008.

Most significant of all, however, was Babel's winning strike against Manchester United later that year - just five minutes after entering the action. 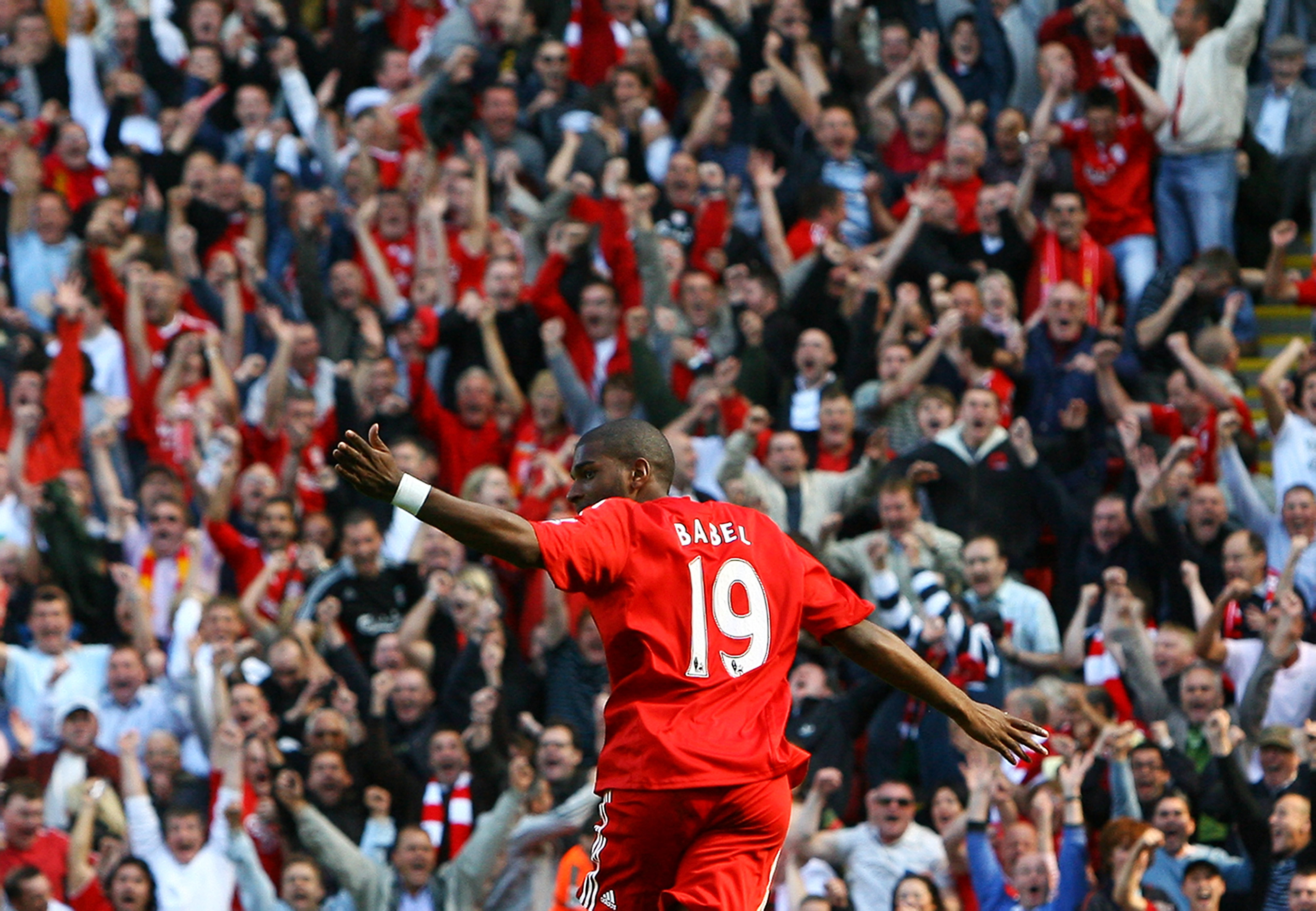 Fourth on this last statistically, with time still to add to his tally, the importance of Origi's goals make him one of the most impactful substitutes in LFC history.

His first strike off the bench provided a sign of things to come as the Belgian forward notched a last-gasp leveller against West Bromwich Albion from distance.

But he really ramped things up with a 96th-minute Merseyside derby winner in December 2018, his nudge over the line sparking pandemonium inside Anfield.

A huge goal at Newcastle United preceded his landmark effort in Madrid a year ago today, Origi's clinical hit assuring European Cup No.6 for the Reds.

Gerrard did the vast majority of his business in the starting XI, of course, but the talismanic former Liverpool captain chipped in with eight goals off the bench, too.

That collection included a hat-trick, no less, to overturn a deficit when Napoli visited Anfield in the 2010 Europa League group stage.

Sent on at the outset of the second half with the hosts trailing 1-0, Gerrard bagged three times in the final quarter-hour to impose a typically emphatic influence. 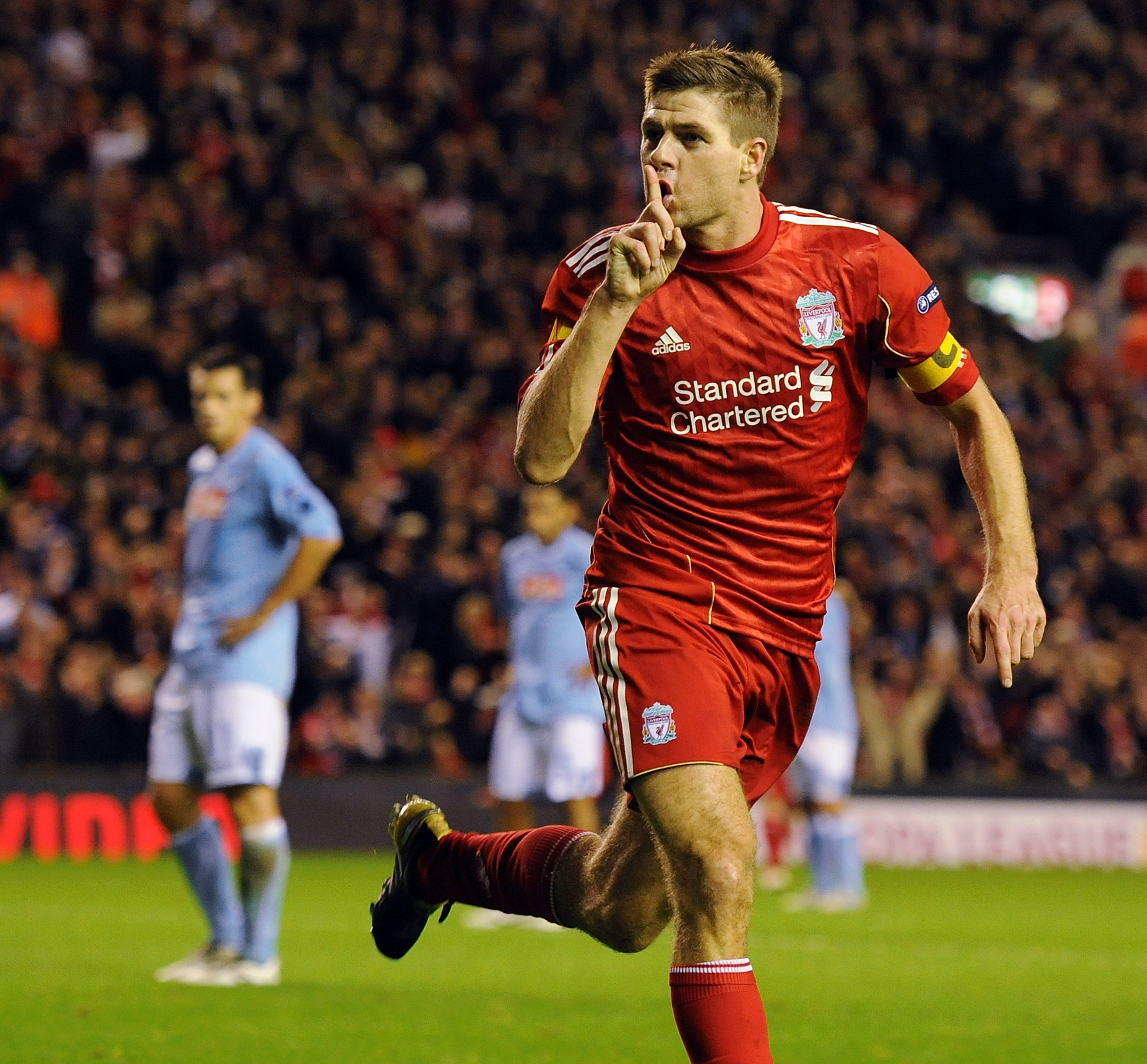 Cisse was on target seven times as a substitute across the two seasons he spent with the Reds, with each of them in fact registered during 2005-06.

His most valuable appearance off the bench was undoubtedly the 2005 UEFA Super Cup final against CSKA Moscow, who led 1-0 when the Frenchman was introduced on 79 minutes.

Within three minutes Cisse equalised; then, in extra-time, he put Rafael Benitez's side in front and for good measure set up Luis Garcia for Liverpool's third. 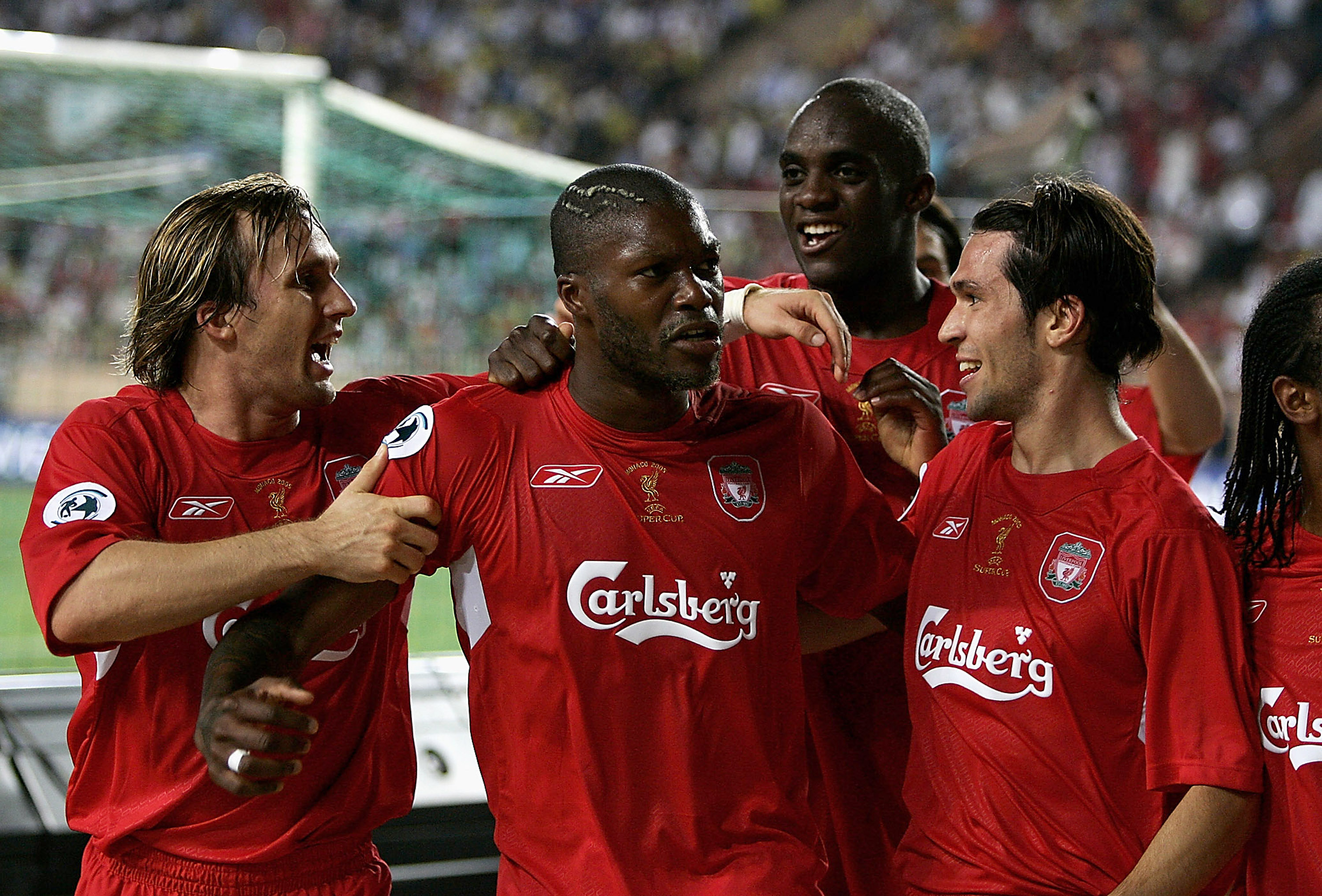 Five players have netted half-a-dozen goals as a substitute for Liverpool, with Firmino the most recent addition to the group.

The Brazilian came off the bench in the semi-final of December's FIFA Club World Cup to nudge in a 90th-minute winner past Monterrey. 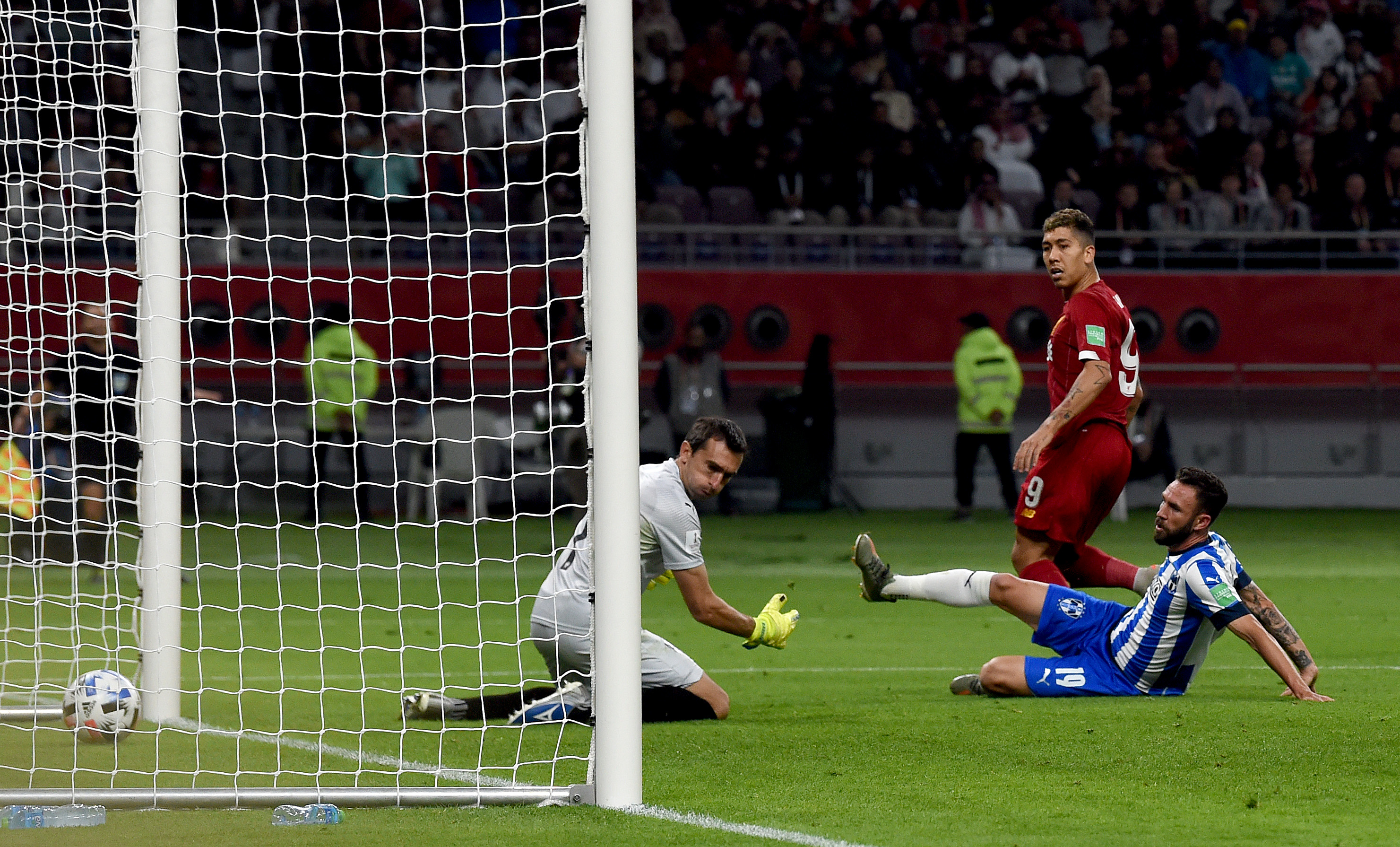