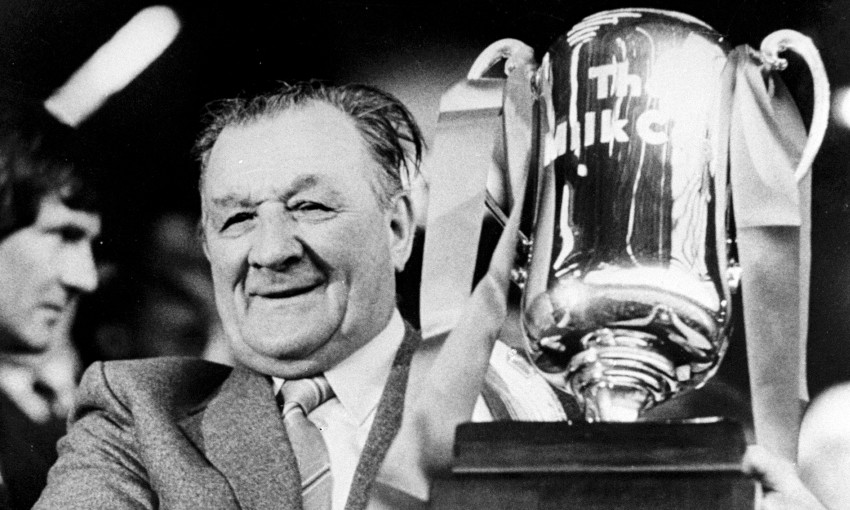 Bob Paisley guided Liverpool to a third successive League Cup success with a 2-1 win over arch-rivals Manchester United at Wembley, on this day in 1983.

Ronnie Whelan, who had struck twice in the previous year's final against Tottenham Hotspur, was the hero again with his memorable curled extra-time winner.

Norman Whiteside had fired Ron Atkinson's United into the lead only for Alan Kennedy to level for the Reds with a superb low drive.

Whelan then netted the decisive goal, his magnificent effort evading the reach of Gary Bailey to clinch the cup.

Captain Graeme Souness insisted Paisley climbed the stairs ahead of the team to lift the trophy in what was to be his final season in charge of Liverpool before retiring.

Speaking to Liverpoolfc.com, Whelan said: "Back in the 1980s, it was a big thing to win.

"Especially getting to Wembley for the fans and if you won it then you'd be in Europe in March so you could kick on and try to win the league and European Cup as well.

"It wasn't the FA Cup – that was the one you wanted to win. But the League Cup was another cup. I was a kid from Ireland who had come over and I wanted to go to Wembley and win trophies for Liverpool Football Club."

Remembering a fond farewell to the standing Kop