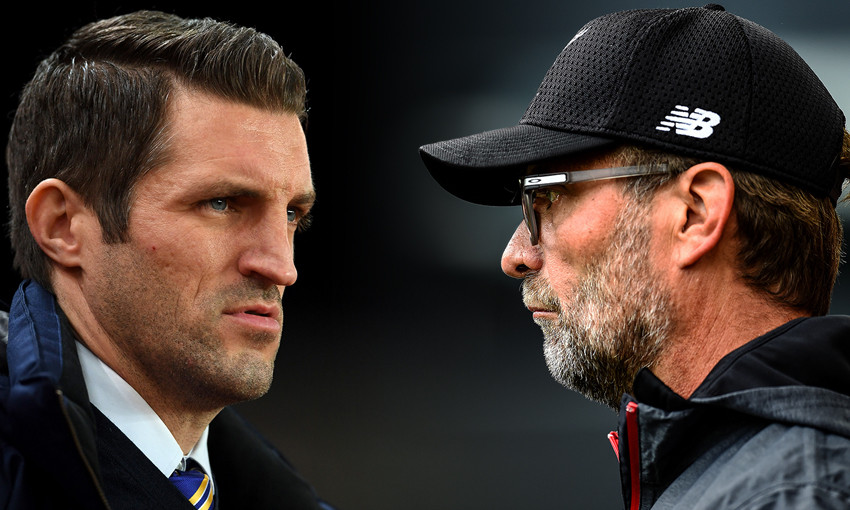 Premier League leaders Liverpool shift focus to the FA Cup on Sunday as they travel to League One Shrewsbury Town for a fourth-round clash at New Meadow.

The Shrews have beaten League Two's Bradford City and Mansfield Town, plus Championship side Bristol City, to get this far in the competition.

Now Sam Ricketts' team host world and European champions Liverpool, so, what can we expect from the hosts on Sunday?

We asked the Express & Star and Shropshire Star Shrewsbury Town reporter Lewis Cox (@LewisCox_star) to give us the lowdown... 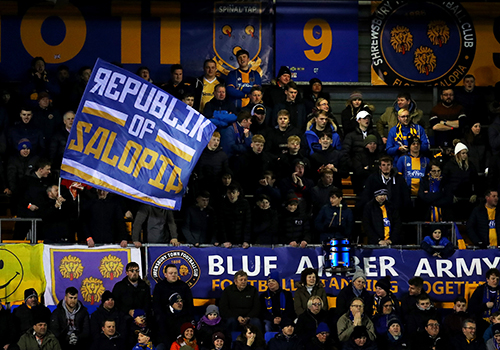 This will be Shrewsbury Town's sixth game in the FA Cup this season - tell us about the run so far...

Yes, but they are no strangers to busy cup runs having also reached this fourth-round stage last season on the back of multiple replays. They saw off League Two Bradford 1-0 in round one after a replay at Valley Parade before a 2-0 home victory over another League Two side, Mansfield, in round two.

Championship Bristol City were held at Ashton Gate in the third round before a stunning late Aaron Pierre winner set up this mouth-watering clash against Liverpool.

Do Shrewsbury have a history of giant-killing in the FA Cup?

The 2-1 win over Everton is certainly one of the big memories. Nigel Jemson's double that day earned his legendary status with Shrews and is fondly recalled to this day, even though it was some 17 years ago as David Moyes returned to his former side.

Last season they knocked out Championship Stoke to face Wolves in round four. In recent times against the very big guns they have fallen just short.

Back in the early 1980s Shrewsbury were a real force to be reckoned with in the competition and, in 1982-83, saw off UEFA Cup holders Ipswich Town to reach the fourth round.

What is the team's league form like heading into this tie?

They are in an OK place. The league form looked like picking up before Christmas after they came out of an immensely difficult run of games but a couple of disappointing results just after Christmas put them a little on the back foot.

It's no win in five in the league - either side of that brilliant Bristol City win - though the last league outing was an impressive point at a good Fleetwood outfit.

Tell us about manager Sam Ricketts...

The former Wales international defender, who made more than 500 career appearances, is still new into management with barely 18 months under his belt but has made a good fist of life in the hotseat so far.

He left Wrexham after just a few months to take the Shrews job and has been very keen to stress that it is a long-term project.

Ricketts and Shrews confirmed their place in League One by avoiding relegation last season, though it did get hairy towards the end of the campaign, and are looking at improvement this term. They sit 16th but League One is extremely tightly bunched. They still think the play-offs are realistic.

It is no secret that Ricketts' side are built from the solid foundation that is their very strong defence. Ricketts, a former defender, sought to make his side more solid last summer and did just that. They play with three centre-halves and two defensive-minded wing-backs.

There has been a lack of goals, which supporters are keen to see put right, but being as solid as they are gives them a chance in most games.

Who is the star of the team?

Defender Aaron Pierre, hero of the last round, has been a revelation since arriving from Northampton last summer. The left-sided centre-back has a bit of everything, including a rocket shot from distance.

Definitely the way they frustrate opponents with men behind the ball and defend in numbers.

What kind of reception can the Reds expect at New Meadow?

It will be raucous at New Meadow. Perhaps not at the volume level Anfield can reach but the tight ground will be booming before kick-off. Fans are looking forward to welcoming the European champions.

How do you expect Shrewsbury to line up against Liverpool?

I suspect they will use the usual 3-5-2 - though the likelihood in this game is that it becomes 5-3-2: O'Leary; Williams, Ebanks-Landell, Pierre; Love, Laurent, Goss, Edwards, Golbourne; Whalley, Lang.

I've got a sneaky feeling about a 1-1 with Evertonian Callum Lang scoring to set up an Anfield replay.

On this day: Reds score seven, European wins and a Coates stunner