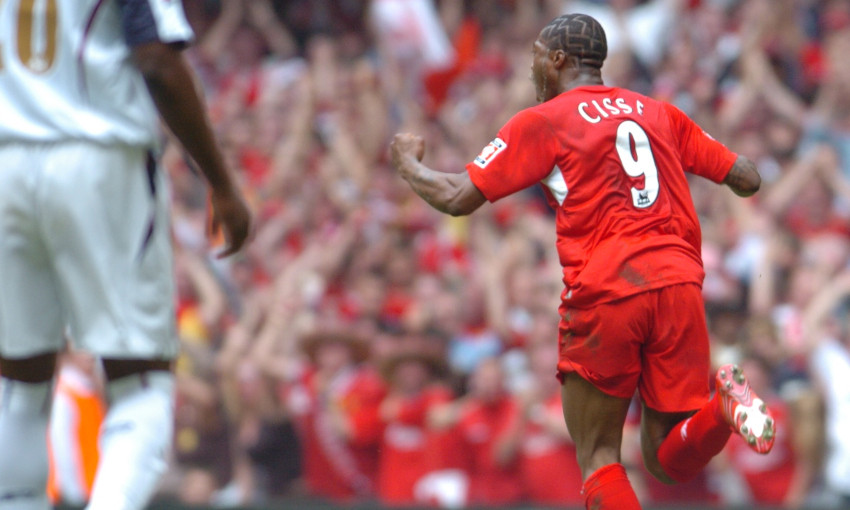 At the bottom of the screen, you can just see Djibril Cisse's hands move to his head in a motion of disbelief.

Rafael Benitez’s Reds have already recovered from a two-goal deficit earlier in the tie, Cisse – on what would prove to be his last appearance for the club – prompting the comeback with an expertly-taken finish from Steven Gerrard’s raking pass.

But now they need something extraordinary.

A loose ball runs out of the Hammers area around 30 yards from the net and Gerrard, too tired to consider any other options, thumps a searing, perfect strike into the bottom corner.

Such was his genius that day, one when Liverpool would eventually win on penalties, the final has been named after him.

“As soon as I heard the ball,” Cisse, who was coming back onto the pitch after treatment for cramp, recalls, “I was like, ‘This is trouble for the goalkeeper.’ And it went in.

“I think he was the only player on the pitch able to do something like this.

“Stevie did something special again and we managed to win on penalties. It was another Istanbul, maybe on a lower level, but still it was crazy.”

On the 14th anniversary of that afternoon in Cardiff, Liverpoolfc.com caught up with Cisse to discuss his memories of the occasion – read the full Q&A below…

It’s the anniversary of the 2006 FA Cup final today – what are your memories of that game?

Oh, memories of that game… another crazy final! I missed [the 2005 League Cup final] because I was injured so after the Champions League final it was the first English cup [final] for me. It was special. I was in the starting XI, I think I was playing left wing. It was really important for us to win another final, after the Champions League and Monaco [for the 2005 UEFA Super Cup]. It was another chance to win another trophy, so it was really important for us.

Did the FA Cup have a lot of meaning for you? It’s such a big competition in England – did you appreciate what it meant to the fans?

Yeah. For me, it’s not like you have to choose the game. It’s a final, you have to win it – it’s another trophy. Of course, I’d heard about the cup because there were a lot of French guys playing in the English league; Thierry Henry, Sylvain Wiltord and Robert Pires, I used to watch them winning trophies and cups. So I wanted to add my name to the French people who had won the cup in England. 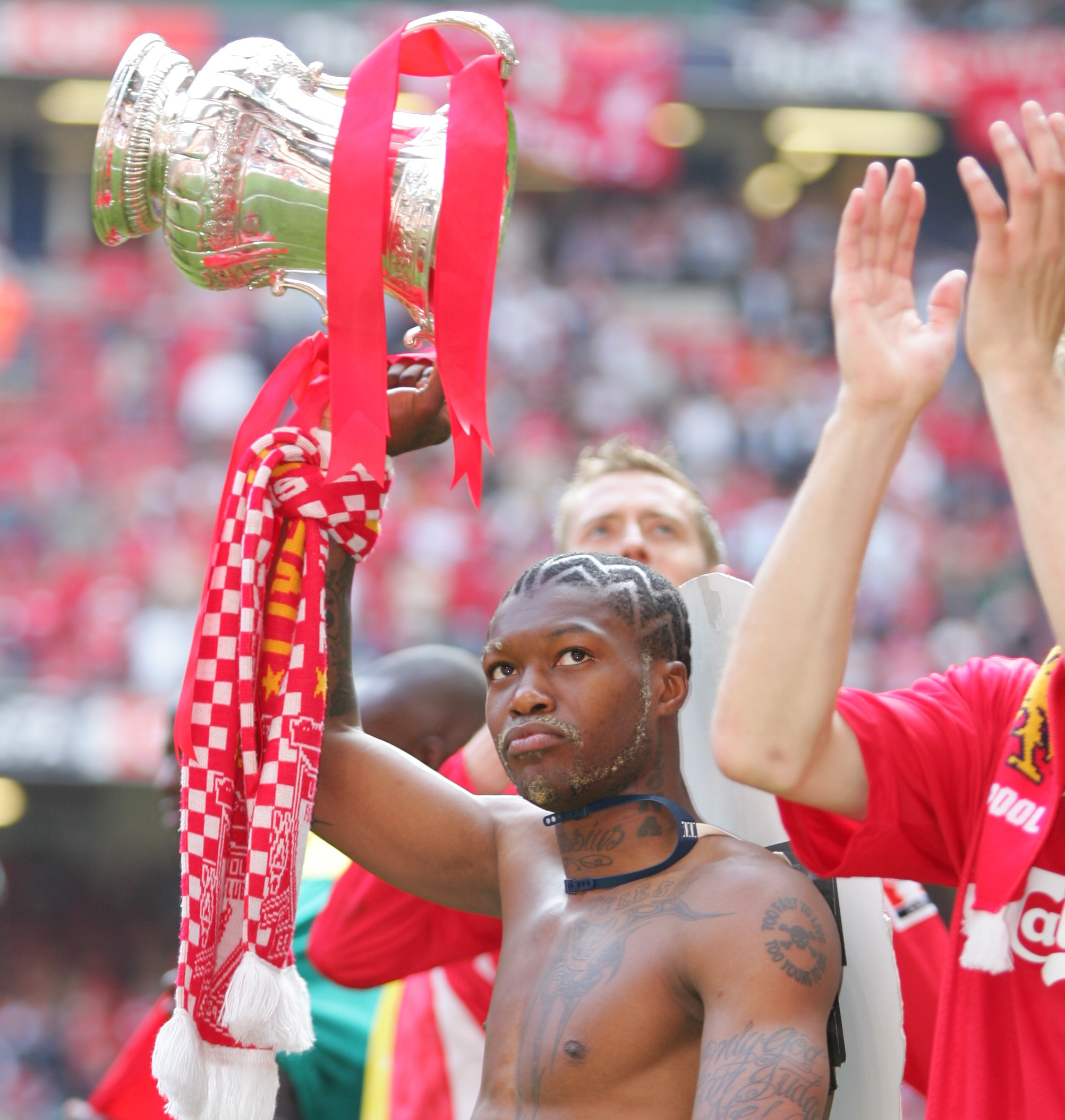 It was pretty much the worst possible start in that game for Liverpool; how were you feeling when you went 2-0 down?

We were 1-0 down and then 2-0 down… Carra scored an own goal, I remember well! We reduced it, I scored and then it went 3-2, then Stevie did something special again and we managed to win on penalties. It was another Istanbul, maybe on a lower level, but still it was crazy.

From your position, just how good was the last-minute goal by Gerrard? It was one of his very best for Liverpool…

Yeah, I think so. When I saw the ball coming out of the box, I watched him – his position and his desire to hit the ball as hard as possible, and if possible on target – I was like… [puffs cheeks]. As soon as I heard the ball, I was like, ‘This is trouble for the goalkeeper.’ And it went in. I think he was the only player on the pitch able to do something like this.

Your goal was a really instinctive finish and a really important one to get Liverpool back into the game. Is it up there with your favourites?

Yeah, it’s a nice goal and important at the same time. It was a great ball from Stevie. Like I said, I was playing on the left so I had all the inside part of the pitch to run into. A great ball from Stevie and a great volley; I kept my body down, tried to stop the ball from going up and missing the target. Lucky for me, it went in. And lucky for us, I could put us back into the game. It was at a crucial moment as well.

To be honest, it was at the time that adidas released crazy colours. Because of the cup [final] they sent me the yellow ones, they wanted me to play with the yellow ones that I played with in the second half. But in my head, I was already planning to play one red and one blue. I called them and they told me, ‘Don’t forget to put the boots on.’ I was like, ‘No, look, I already have an idea in my head and I want to change.’ To make them happy too, I said, ‘I’m going to start like this and play the yellow in the second half.’ It was the deal between us. To be honest, I didn’t want to change at half-time because I’d scored and I was happy, and it was different. It was more a deal between me and adidas. 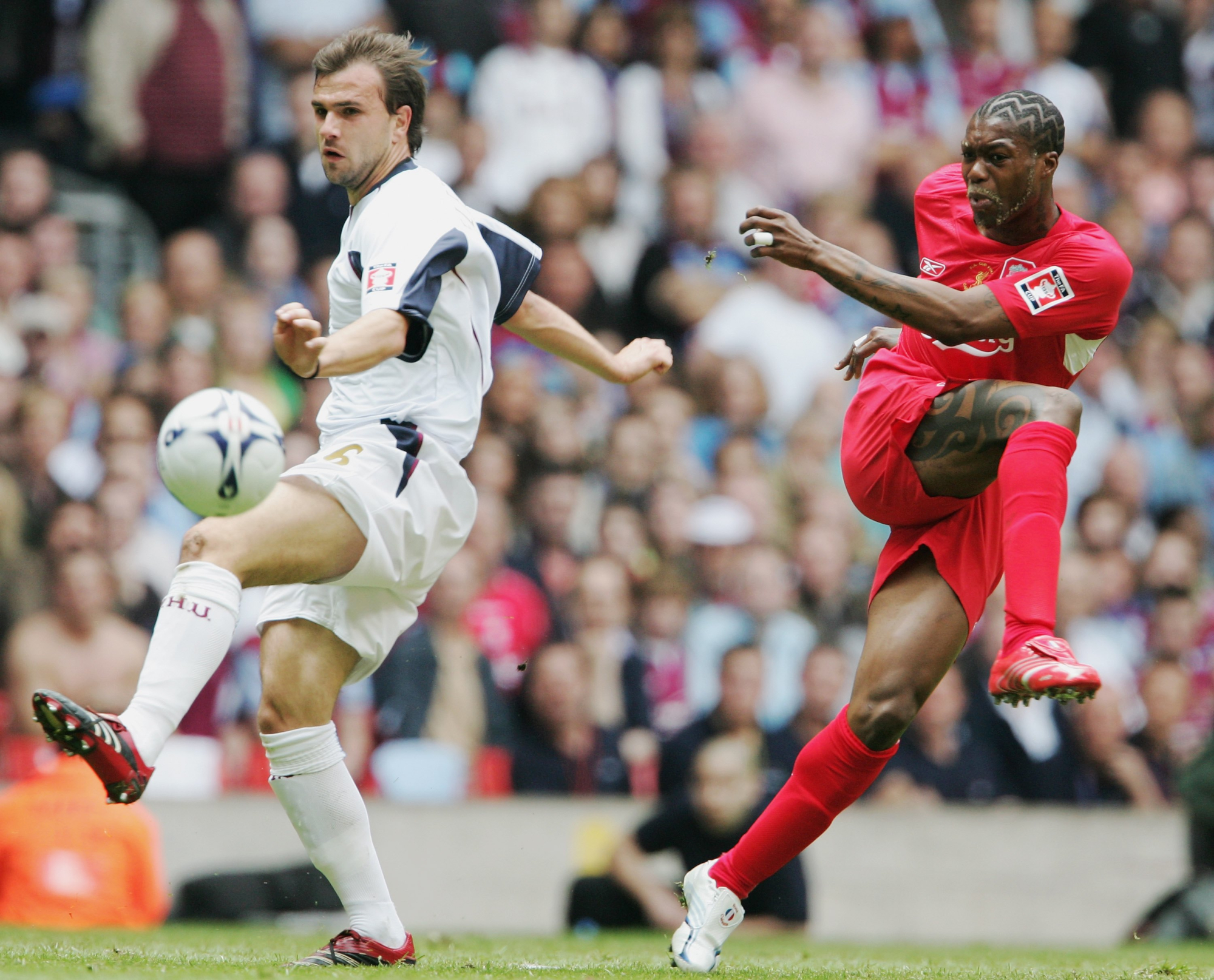 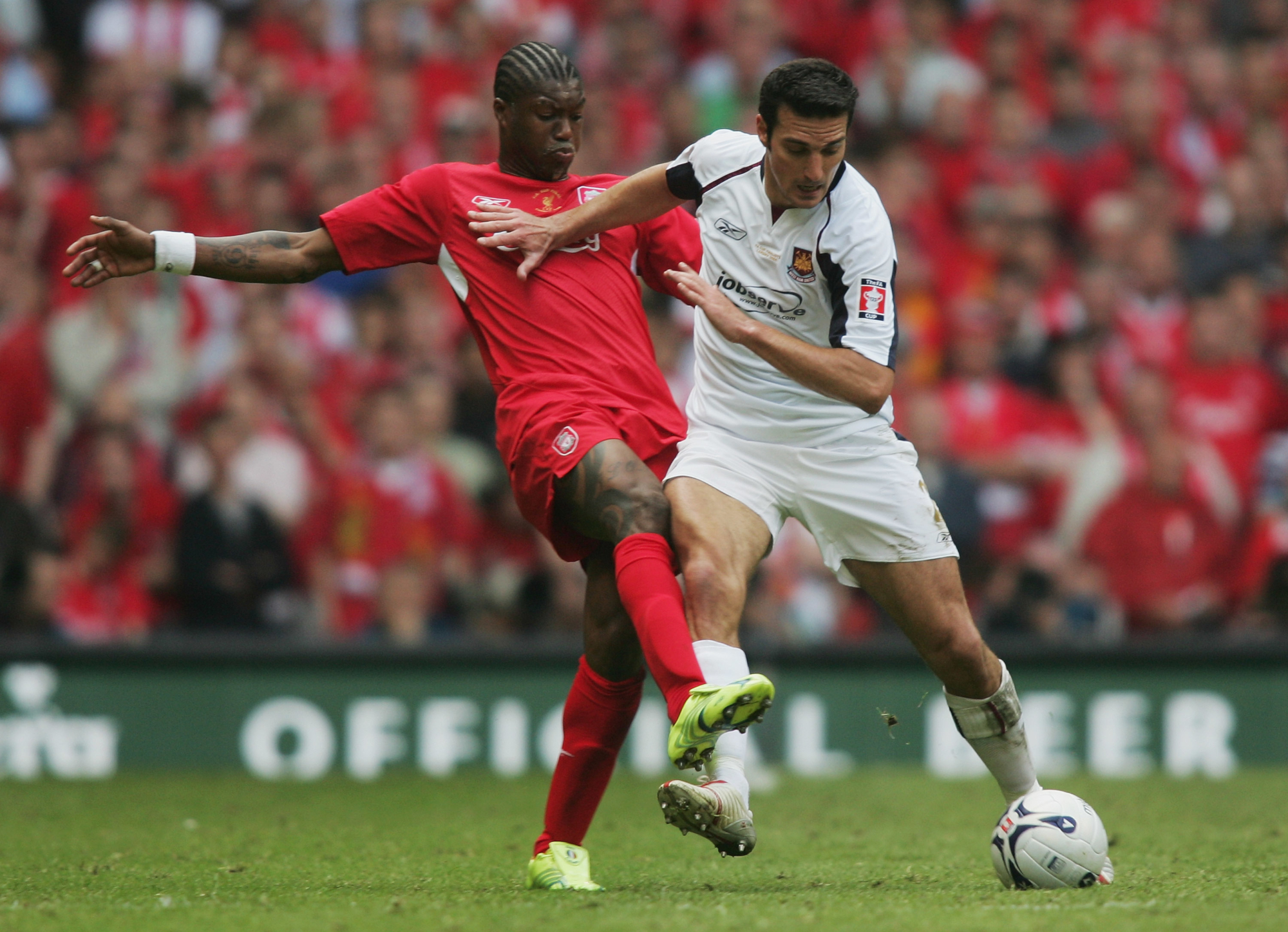 Can you remember if you wanted to take a penalty in the shootout? You took one in Istanbul the previous year but didn’t get to take one in this game…

That turned out to be your last game for Liverpool. Did you know that at the time and how disappointed are you that you left after that period?

No, at the time I didn’t know. We were happy, we were celebrating, then I went to the national team and I broke my leg. No, I don’t think it was the plan. The plan was to go to the World Cup and be as good as possible. And if a player is good, you don’t have the need to sell him. It was not the cause of me leaving but I think it helped because after this [Fernando] Torres came. If I went to the World Cup and played in the starting XI and scored goals and played well, you don’t need to sell the player. That’s football – you have to take the chance when you have the chance. But I got injured and that’s how it is.

Djibril Cisse interview | Why Istanbul 2005 was destiny for Liverpool