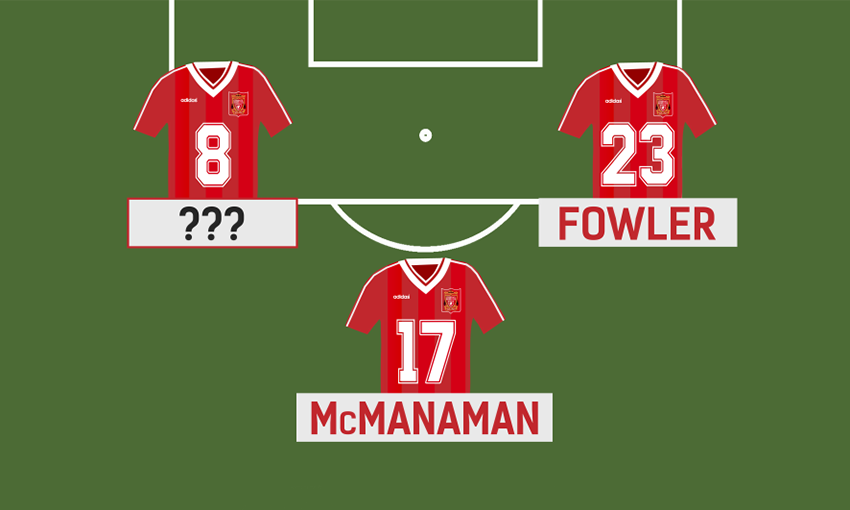 Liverpool have faced Shrewsbury Town in the FA Cup once before, running out 4-0 winners at Gay Meadow back in February 1996.

Reds boss Roy Evans named a strong team for the fourth-round clash, but can you recall who he selected in his starting XI?

Robbie Fowler and Jason McAteer added the third and fourth goals after Shrews defender Dave Walton had put through his own net, but who was the No.8 who opened the scoring that day?

Can you fill in all the Missing Men below? 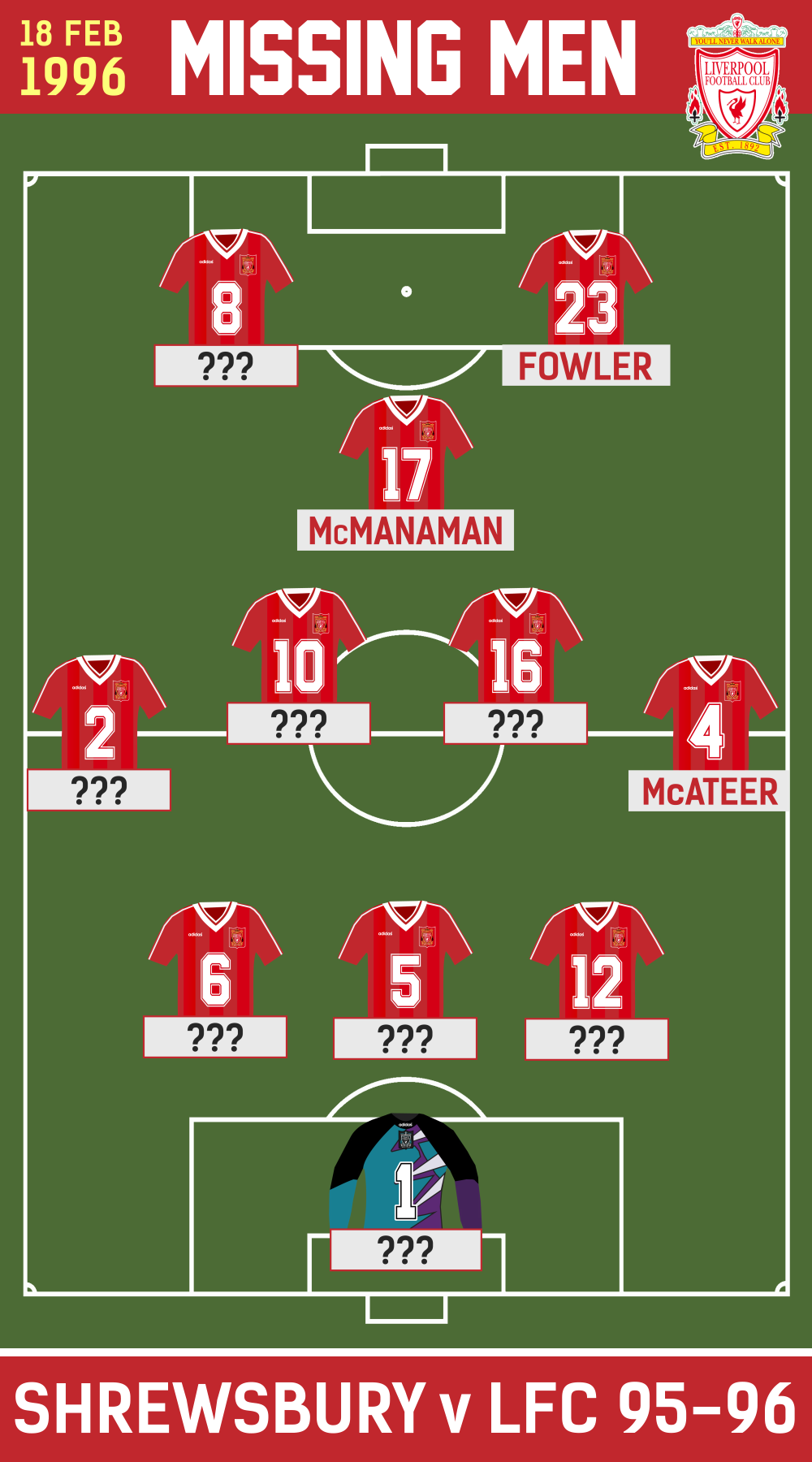