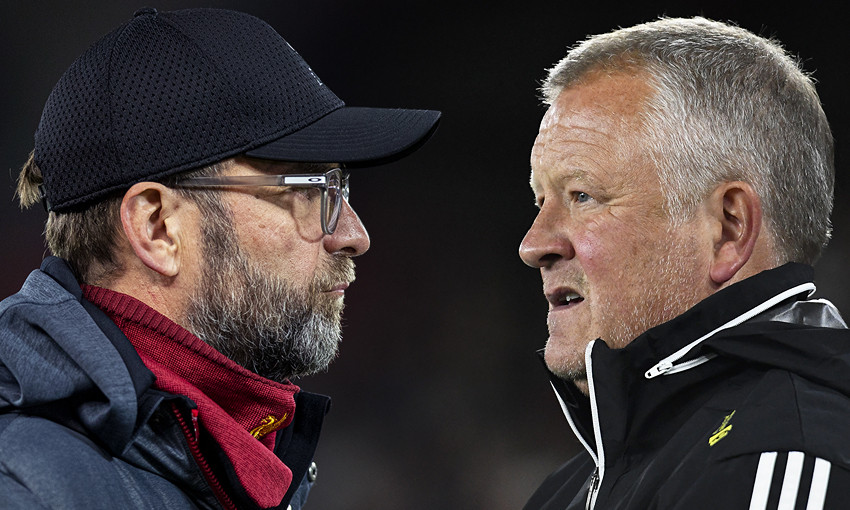 Liverpool are on a 50-game unbeaten streak at home in the Premier League and will seek to extend that incredible run when Sheffield United arrive at Anfield on Thursday night.

The Reds won 1-0 in the reverse fixture at Bramall Lane earlier this season and will be prepared for another closely-fought affair when they meet on Merseyside.

The Blades, who won automatic promotion back to the top flight last term, were unbeaten on the road this season until going down 2-0 at Manchester City on Sunday.

We caught up with BladesPod creator and host Ben Meakin (@bnmkn) to find out what to expect from Chris Wilder's side at Anfield...

We last spoke back in September - what's your half-term report on the Blades' progress since then?

That game proved a bit of a turning point for us, as we followed it up with a seven-match unbeaten run and a growing confidence on and off the pitch. I think the Liverpool game showed that we can play fast and hit teams on the break, even if ultimately we didn't get any rewards that afternoon.

My worry going into that game was that we'd been a little too conservative so far in the season, particularly at Bramall Lane - we followed it up with seven goals in our next three home games.

Sheffield United were a Dean Henderson error away from a draw at Bramall Lane, how has the goalkeeper responded?

Brilliantly, as we knew he would. He's a young 'keeper so errors have happened in the last season-and-a-half, but he's always responded superbly. He was excellent in our next game and recorded three clean sheets in the next four matches and has basically been near-flawless ever since.

I'm almost certain he'll be England's number one in the next few years - he has an impenetrable amount of self-confidence, which is a great quality for a goalkeeper trying to reach the very top. 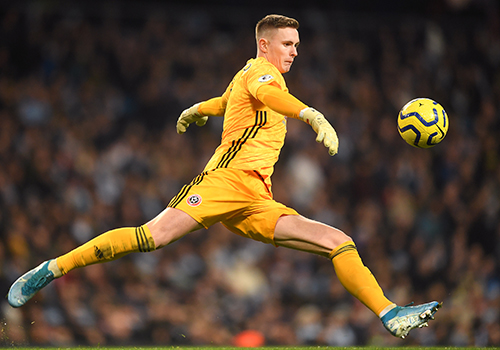 It's the best defence in the league versus the joint-second best, so how do you see the game going at Anfield?

It's hard to avoid the conclusion that our best chance of beating Liverpool came in our first meeting, as we rode a bit of luck and had some good opportunities on the counter.

Our most recent game, at Man City, should provide a blueprint for how we'll play in this one and I hope the game goes a similar way: we restricted the highest-scoring team in the league to almost nothing while creating four excellent chances ourselves on the break. Still not totally sure how we didn't score in that game.

The Blades lost their incredible unbeaten away record on Sunday, losing 2-0 at Man City, will that affect confidence?

We executed our game plan perfectly and could easily have won, which is not what I expected before kick-off. Defensively, we restricted City to their lowest expected goals total of the season while spurning three other great chances in addition to the disallowed goal. If you're ever going to take positives from a defeat, this was it. 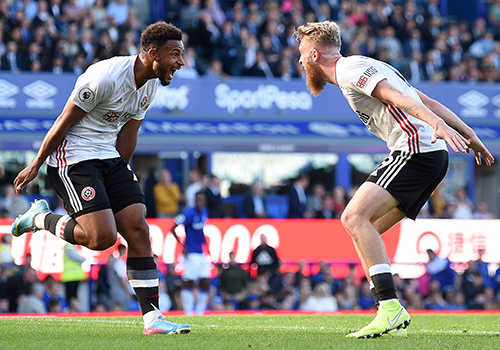 You picked out Lys Mousset as one to watch for the previous meeting, is he still the danger man?

Even more so than in September. Mousset really caught fire after that game, netting five goals with his first five shots on target as a Blade and scoring beautiful finishes against West Ham United, Manchester United and Wolverhampton Wanderers in particular.

He really has it all - skill, intelligence, and great finishing combined with the kind of speed we've not seen from a United forward in a long, long time. He terrorised City at times and we'll be hoping for more of the same on the break at Anfield.

Fantasy Premier League managers everywhere will be well aware that John Lundstram missed the Man City defeat with an ankle knock - how important is he to the side?

Lundstram has been a revelation but, with all respect to him, he's possibly one of our more replaceable players. That said, he's done fantastically as a box-to-box midfielder and the timing of his runs into the area have caused havoc for teams.

His performances have almost been a bonus for us this season as he was a fringe player in the Championship. Hopefully the Scouser (and Liverpool fan) will be back in our team and put in another great showing.

In which area do you think the game will be won and lost?

Liverpool's front three has played at an insanely high level for several years now. We did a reasonable job of keeping them quiet at Bramall Lane but ultimately it only takes a single mistake or moment of brilliance for Liverpool to score, so as good as our defence has been, we'll need a little bit of fortune too.

How do you expect the Blades to line up on Thursday?

We went with a pacier front two of Mousset and Callum Robinson against Man City, but I don't think Liverpool have the same vulnerabilities in transition as they do. My guess is that McGoldrick returns for Robinson, with Lundstram coming in for Muhamed Besic if he's fit. That would see us line up as follows: 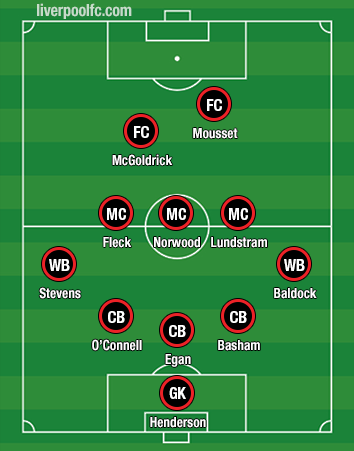 Another battling performance from the Blades but ultimately another win for Liverpool - 2-0.