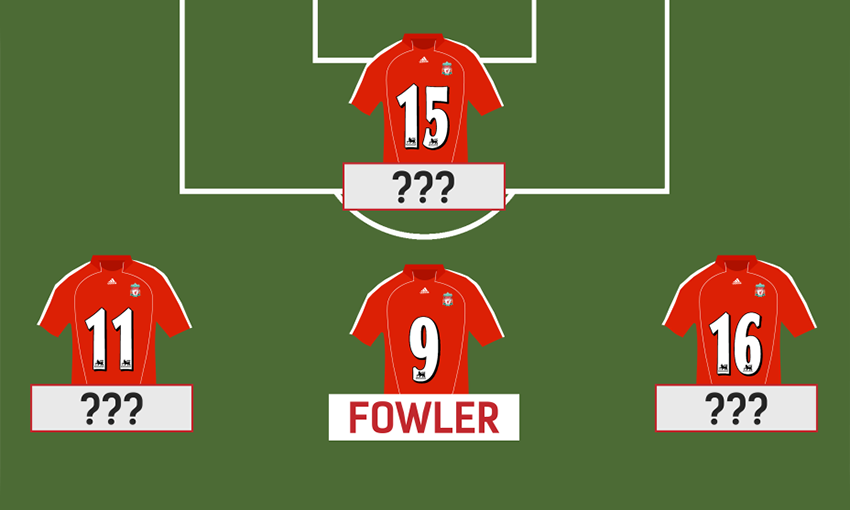 Steven Gerrard and Robbie Fowler combined for three of Liverpool's four goals in a 4-0 win over Sheffield United at Anfield in 2007, but can you recall the rest of the line-up from that February afternoon?

Fowler put away two first-half penalties won by the captain and, after Sami Hyypia had made it 3-0 after the break, Gerrard added a fourth from the striker’s assist.

The Reds legends took the headlines, but can you fill in the rest of the Missing Men below? 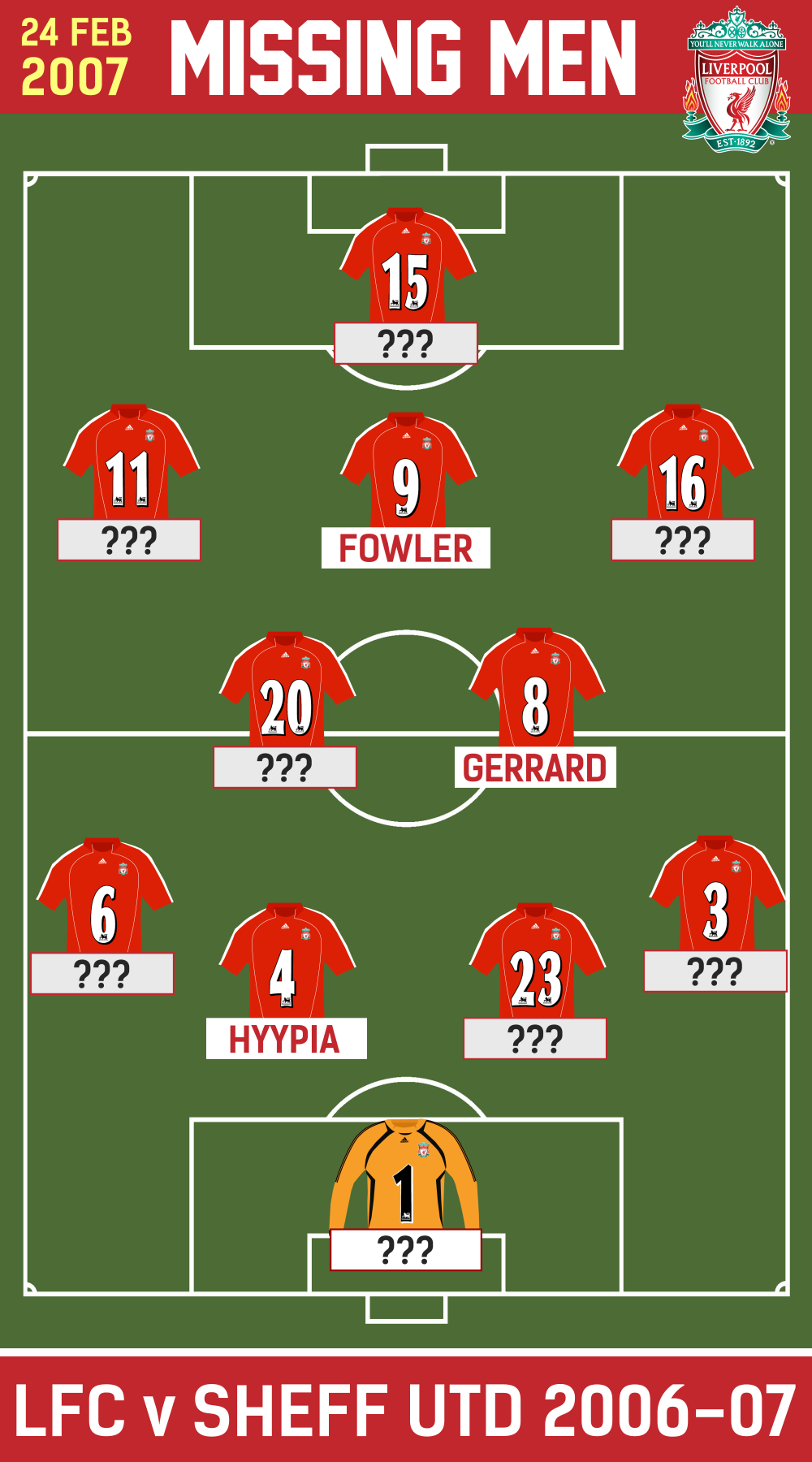