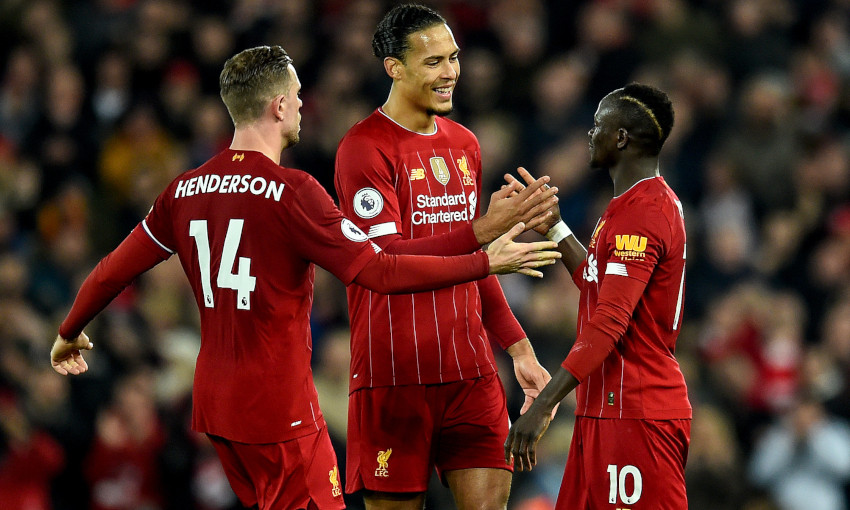 Sadio Mane netted the only goal as Liverpool ended 2019 unbeaten on home turf after a 1-0 win over Wolverhampton Wanderers.

After the goal was initially ruled out by referee Anthony Taylor for handball, a VAR check overturned the decision as the ball had instead come off Adam Lallana's shoulder.

The win saw the Reds maintain their 13-point lead at the top of the Premier League.

With the thrilling Boxing Day blitz of Leicester following up the successful, yet draining trip to Qatar for the Club World Cup, this was always likely to be a more attritional affair. Despite the sapping few weeks, however, an exhausted Liverpool have somehow refused to yield an inch. Another big step was taken towards the title here as the home side squeezed out a narrow 1-0 triumph that continues their apparent procession to the trophy. It is now 82 points taken from 84 available dating back to the draw against Everton back in March. A remarkably consistent return that puts them head and shoulders clear at the top. Liverpool were not at their best here, how could they be after such a hectic and difficult run of fixtures across a jam-packed month of action? One thing that is always present in this team, though, is its resolute ability to dig in, grind and emerge with the result they want. Here it was again, helping a below-par Reds over the line to re-establish their 13-point advantage of second-place Leicester in the table. In doing so, they became just the second team in the Premier League era to go 50 games unbeaten at home.

Having produced the performance of the season to thrash their nearest Premier League challengers last time out, Liverpool had a hard act to follow on their Anfield return. But here, Klopp’s team thrilled in a new way, evidencing their flexibility en route to a completely different sort of win. Organised in defence and lightning on the break, Wolves are set up perfectly to shock the league’s top teams, as they did to Manchester City just two days ago. However, the runaway league leaders are no typical top team; they’re just as happy to get into a scrap as they are to play beautiful football. And, no matter how you do it, all victories bring three points with them.

The final Anfield game of 2019 ended in routine fashion, with Liverpool stretching their unbeaten home spell in the league to a staggering 50 fixtures. Wolves were the latest side to turn up and turn back with a defeat, delivered via Mane's boot, with only Bayern Munich, Napoli and Leicester City as the teams to escape here with a draw over the past 12 months in all competitions. Adam Lallana and Joe Gomez were the standout performers for Klopp, who will need to shuffle his pack for the hosting of Sheffield United on Thursday. So, then, Liverpool enter 2020 with a 13-point advantage at the summit, having posted the highest league tally in the club’s history in May, before lifting a sixth European Cup, the Super Cup and securing world champions status. The New Year offers the opportunity to claim the tag they covet the most – title winners – and with their relentlessness showing no signs of abating, there’s no ceiling to what they can achieve this season.