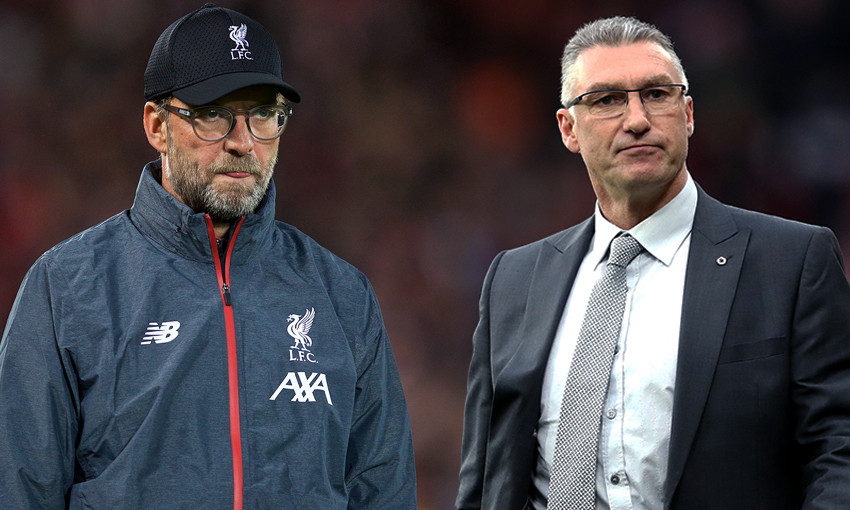 LFC's Goal of the Decade: Vote for 2014's contender now

Liverpool welcome Watford to Anfield on Saturday afternoon as Jürgen Klopp's men contest their final Premier League match before jetting out to Qatar to compete in the FIFA Club World Cup.

The Reds head into the match on a club-record 33-game unbeaten run in the top flight following Saturday's 3-0 win at Bournemouth and are eight points clear at the summit of the standings.

Watford go into the game as the Premier League's bottom side, but after parting company with manager Quique Sanchez Flores earlier this month, they have a new man at the helm in Nigel Pearson.

Pearson masterminded Leicester City's escape from relegation in 2014-15 as the Foxes became only the third team to ever escape the drop having been bottom at Christmas.

So, what can we expect from the Hornets in the new boss' first game in charge? We spoke to Watford season ticket holder and From the Rookery End podcast co-presenter Mike Parkin (@RookeryMike) to find out...

Plenty has happened at Watford since we last spoke back in February. Can you give us a potted version of events?

For large parts of last season, Watford were in excellent shape. Qualifying for Europe seemed a very real possibility and the club reached only their second-ever FA Cup Final with a thrilling semi-final win against Wolves. Then it all started to unravel. The Hornets' form nosedived spectacularly, culminating in a chastening defeat at Wembley. The poor form carried over into this season and with Watford winless after four games, head coach Javi Gracia was relieved of his duties and quickly replaced with a familiar face, Quique Sanchez Flores. Unfortunately, results didn’t improve, and with Watford rooted to the bottom of the Premier League, the Spaniard departed Vicarage Road for a second time. It’s been a tough time!

The new man at the helm is Nigel Pearson. Is the expectation that he repeats the rescue act he performed with Leicester City?

Expectation is probably the wrong word; Watford find themselves in a very, very difficult situation, but the arrival of Nigel Pearson has brought with it some semblance of hope and positivity. The fact that Pearson has experience of a similar predicament is clearly encouraging, as is the overwhelmingly positive feedback about his time at Leicester and his contribution to their Premier League title win. He’s got an extraordinarily difficult task on his hands, but has also inherited a very talented and capable squad, and as we all know, football does deliver some magical stories... 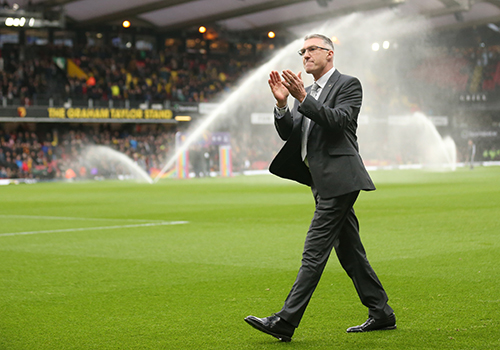 What changes would you like to see him make to the team in terms of tactics or personnel?

Watford’s squad is a good one, with talent in all areas of the pitch. Pearson’s immediate task is to improve confidence levels, which have been, understandably, at rock bottom. Under Hayden Mullins, Watford looked more of an attacking threat and this is certainly a trend that the new boss will want to expand on. Scoring goals has been a problem all season, so if Watford are to clamber to safety, finding the back of the net on a more regular basis will have to be the focus.

Pearson was in attendance for Watford's 0-0 draw with Crystal Palace under caretaker manager Hayden Mullins, did you see any early effects on the team?

The team seemed to play with more freedom under Mullins’ brief tenure with two decent performances against an excellent Leicester City and an in-form Crystal Palace. The Hornets created enough chances to win their most recent outing and will count themselves unlucky not to have picked up a valuable win against the Eagles. Bit by bit the belief seems to be returning to this Watford side and Hayden Mullins has to take some of the credit for that. The hard work starts now, however, with an urgent need for decent performances to be translated into consistently good results. The initial signs are that, just maybe, that isn’t too far away. 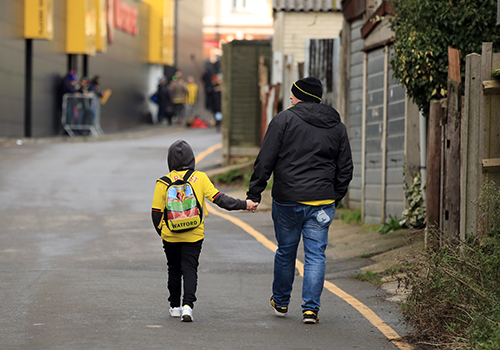 Where will Watford's main threat come from at Anfield?

Summer signing Ismaila Sarr had his best performance in his fledgling Watford career last Saturday, and if the Hornets are going to have any joy going forward, there is a sense that the Senegalese youngster will be the catalyst. He’s skillful with incredible pace and is starting to show exactly why Watford broke their transfer record to secure his services. Gerard Deulofeu is no stranger to Merseyside and will be keen to make an impact on the big stage, while Argentinian playmaker Roberto Pereyra’s mercurial talents can be a match for the best defenders.

What has been the team's biggest problem this season?

Watford have been unlucky with injuries, with head coaches all too often unable to pick a settled or preferred team, especially when it comes to the defensive line. Add this to a chronic lack of confidence and it’s not hard to understand why Watford’s season has, to date, been one to forget. The final third continues to be a real Achilles heel, with the frontmen continually failing to capitalise on good situations. If Watford can rediscover their scoring touch, then the season can still be salvaged.

What do you expect to see from the team on Saturday?

After repeated drubbings at Anfield, Watford supporters are definitely travelling more in hope than expectation and a realistic target has to be to stay competitive. The Reds have blown Watford away too easily in past encounters, and with a new head coach to impress, one would hope that the Watford class of 2019-20 will be focussed on delivering a disciplined and determined performance. Keeping it tight at the back is easier said than done, especially against a team with the forward threat of Liverpool, but if the defence in front of Ben Foster can somehow stand firm, perhaps there is some hope.

What have you made of Liverpool this term?

While Watford’s poor form from last season has (sadly!) continued, Liverpool’s blistering form has (sadly for us!) continued unchecked. Under Klopp this side seems to go from strength to strength, with extraordinary talent in every area of the pitch. The team seem to enjoy playing their football and there seems to be an aura of togetherness at Anfield that is worth so much to a club and just feeds into the performances. The lead at the top of the table says it all; Liverpool have been fabulous.

We can't really ask you to predict Pearson's very first team selection. So, if you were Watford boss, what team would you pick?

Finally, what is your score prediction?

In the face of overwhelming evidence, I’ve got to stay positive. As a football fan, I consider that my job, even if it will almost certainly mean me making a daft prediction. I’m going to go for a result that will send shockwaves across the footballing world; a 0-1 win for the Hornets. There, I’ve said it. I wasn’t kidding when I said I’d make a daft prediction!